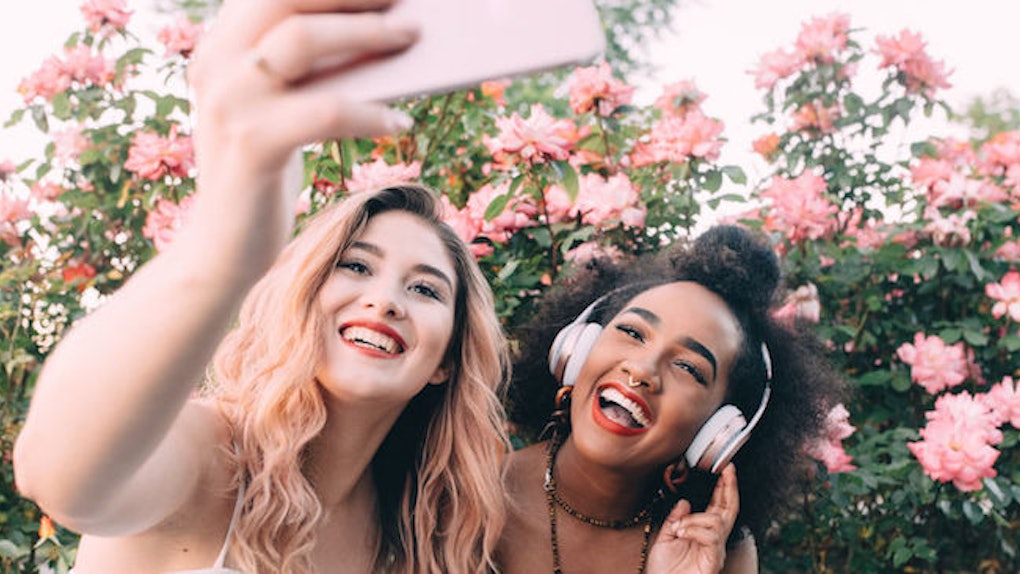 How To Know If You're Pansexual, According To Experts & One Pan Girl

I settled on the label pansexual a little more than a year ago, after years of internally debating with myself over my sexuality. Was I queer? Was I bisexual? What word could encapsulate all of the feelings I had for the genders toward which I felt attraction? It can be confusing and complicated to explore defining your sexuality. I know that firsthand. So figuring out how to know if you're pansexual, a kind of all-encompassing sexuality along the LGBTQ+ spectrum, can be a process. There are so many options! It can be hard to distinguish among the labels, and determine which works best for you.

Alexandra Bolles, GLAAD’s Associate Director of Campaigns and Public Engagement, and Rena McDaniel, certified gender and sex therapist, broke down the definition of pansexuality, as well as a few other questions of mine.

McDaniel says that realizing you're pansexual is a different experience for everyone. "However you get there, the important thing is acknowledging your desires and accepting them as normal," McDaniel tells Elite Daily.

For example, I didn't fully come to terms with my sexuality until my early 20s. Some people may realize they fit somewhere within the LGBTQ+ spectrum in childhood. Some may in their teen years. And for others, it can be later on in adulthood. All varying experiences, all valid.

I wondered how Bolles could pinpoint how pansexuality differs from bisexuality specifically, since I know that's where a lot of people get stuck.

So you can basically think of bisexuality as an umbrella which houses any sexuality that is attracted to more than one gender within it.

So, which label is right for you?

"Some people identify with both bi [and] pan labels, some people only use one, and some use a completely different label or no label at all," Bolles says. "But the important thing is this: people attracted to more than one gender make up the majority of the LGBTQ+ community but often face higher rates of physical, emotional, and sexual violence, as well as erasure and exclusion from resources, than our gay and straight peers. Within the bi+ community, we face many of the same hurdles as one another and are working together for full acceptance and equality."

In addition to claiming a pansexual identity, you can also call yourself queer, if you'd like, which GLAAD describes as, "someone whose sexual orientation is not exclusively straight."

"It was once considered a pejorative term but has been reclaimed by the LGBTQ+ community," Bolles says. "Just like how some people describe themselves using both bisexual and pansexual, some people also identify as queer as well as pansexual and/or bisexual. Others stick with just 'queer.'"

If or when you're deciding what label works for you, McDaniel says that that that label "will often feel more like home than another." Whichever label feels most right is the one for you.

And even if you think you're pansexual, but aren't completely sure – good news is you can always switch your label. If you later on decide you feel more comfortable identifying as bisexual, or learn your attraction sways fully to one gender, feel free to identify however you see fit.

"You can choose one [label] that feels like it fits and that label can evolve," McDaniel says. "You aren't stuck with it forever."