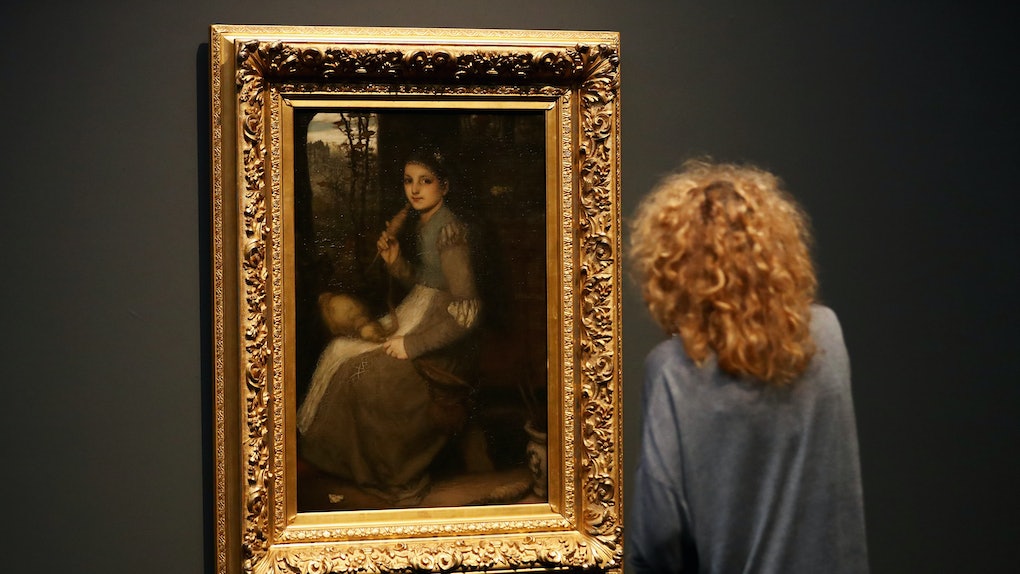 As of Tuesday, Jan. 16, the Google Arts and Culture app is the number one most popular app on both the iOS App Store and Google Play Store. If you don't know what I'm talking about, give your Instagram or Twitter feed a look and I guarantee you will find side-by-side photos of your friend and some famous piece of art that is their designated doppleganger. If you know what I'm talking about, but haven't been able to join the hype yourself, here's how to find your Google Arts & Culture photo, so you can feel like you're worth a priceless piece of art history.

It won't be hard to locate the app, since it has been the top downloaded app all weekend long. All you have to do is download the free app, and find the function that says, "Is your portrait in a museum?" It will then say, "Take a selfie and search thousands of artworks to see if any look like you." Here, you can give the app permission to use your camera, so you can snap your best selfie as Google tries to find the best painted version of you. While there is no scientific evidence of how the dopplegangers are selected, no one seems to question it.

Once you snap your selfie and find your historic matches, (you'll receive multiple with percentages indicating which one is your best bet) you can select "View Artwork" to learn more about the piece of art that so beautifully resembles you. From there, you can take a look at the backstory of the piece, the artist who created it, and the museum from where it was located. Pretty cool, right? For those that don't have the luxury of visiting top notch museums on a regular basis, a virtual tour and education is a great way to go.

The Google Arts & Culture app actually launched in 2015 as a way to offer virtual tours of over 1,000 museums, galleries and institutes from at least 70 different countries. However, the feature of making yourself a portrait wasn't added until December 2017, just weeks before it blew up across the U.S. Because who really cares until you can take a selfie of yourself and call it art?

While the app has been widely used and enjoyed by everyone including celebrities, with any viral app or activity, there's always room for criticism or pushback. One site, Digg, argued that the app "needed a bigger palette" than the museums and galleries that Google archives and selects from. Specifically, they criticized the app for its lack of diversity and artistic options for Asian people looking to participate. The article outlines a map of Google's museum partners, showing a disparity in partnerships with organizations in Asia. Since the app is still in its earlier stages, especially with this new selfie feature and the states in which it reaches, it's likely that Google has room for improvement and may act upon said criticism if they choose to expand internationally.

The app is available everywhere in the U.S. except for Illinois and Texas. (Sorry, guys!) Google has yet to comment on when the app will exactly expand to those two states, as well as internationally, but wrote in a tweet on Jan. 15, "Stay tuned as we try to improve and expand!" Google, if this is was a test to see how users are responding and how successful your app would be before you chose to expand, you've got the green light. Go ahead and give people what they want — more socially acceptable opportunities to post selfies and compare ourselves to fine artwork!