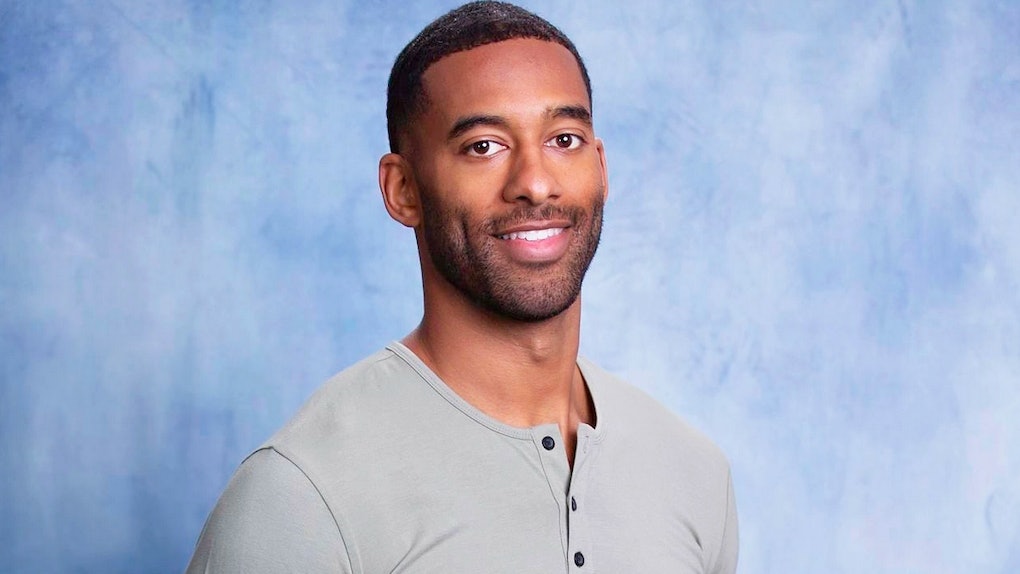 How many times have you watched The Bachelor and thought, "Hmm, I could totally do that"? Traveling around the world going on extravagant dates sounds pretty fun, and although there's always a good bit of drama each season, it seems like many of the contestants gain long-lasting friendships — or at least Instagram followers — during their time on the show. So if you're interested in applying for Matt James' Bachelor season. Here's how to do it:

Surprisingly, applying for The Bachelor is pretty easy. But before you get started, make sure you fit the list of eligibility requirements. There are some pretty general rules included in this list, like needing to be a legal resident of the U.S. or Canada, but there are some pretty specific requirements as well. For example, you need to be single — which The Bachelor defines as not being in a monogamous dating relationship more than two months in duration — when you apply. (Apparently, based on past seasons, some rules are easier to break than others.)

If you meet all the requirements, you can submit an online application. You may think there would be a bunch of personal questions in the app, but they're mostly softballs like, "Why would you like to be on the show?" The form also asks you to upload a photo and agree to some terms and conditions.

If you prefer snail mail, you can also fill out a paper application and send it in. There are separate questionnaires for "guys" and "girls," but each is about six pages — quite a bit longer than the online form. It's probably safe to say you'd have to answer these more detailed questions at some point, so why not provide it all upfront on paper?

Another part of applying to a Bachelor season is creating a casting tape at home. Don't worry, the website offers two pages' worth of guidelines to keep in mind while filming. Essentially, producers want you to be creative and "let your personality shine through" by answering questions such as "Describe your ultimate fantasy date!" and "What would your hometown date be like?"

In previous years, there have been nationwide casting calls for The Bachelor, and it would be surprising if that didn't happen for Matt's season as well. As of June 18, Bachelor Nation's casting page doesn't indicate where or when any casting calls would be, but there are still at least a few months before Matt's season would start filming anyway.

Oh, and if you think someone else you know would be a good fit for Matt's season of The Bachelor, I have some good news: You can nominate them yourself. Simply check "nominating someone" instead of "applying yourself" on the application forms, and your ideal candidate could be contacted for more info. Of course, they will have to formally agree to appear on the show at some point, but you can cross that bridge once you get to it.

If you're interested in applying, you'd better act quickly. According to Us Weekly, some casting decisions for Matt's season are already in the works.

So, get your application in, and then it's time to start brainstorming your grand entrance to the Bachelor Mansion.