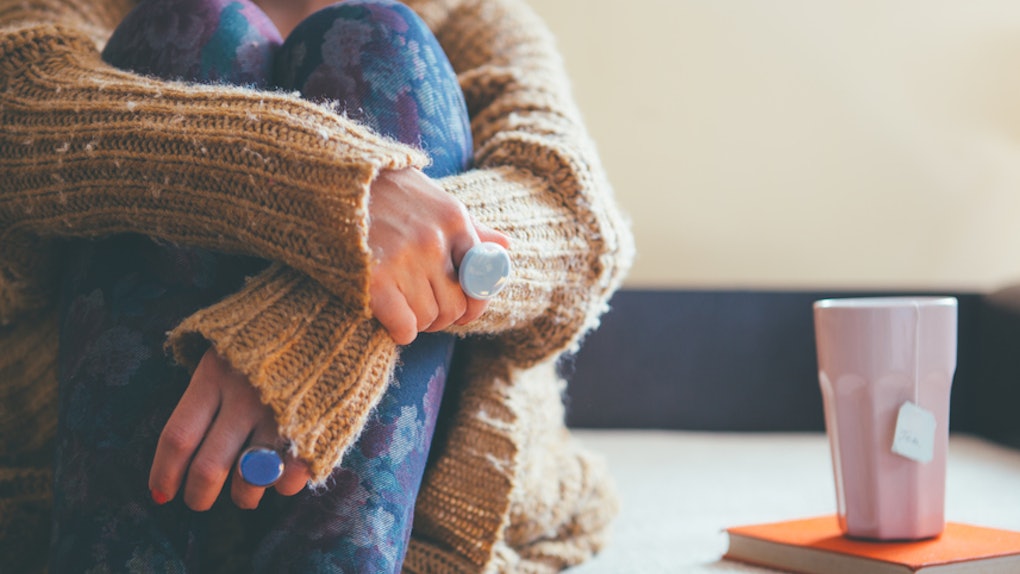 How Painful Are Period Cramps? Doctors Say PMS Can Be As Bad As A Heart Attack

You want to know what continues to baffle me about men? While I personally don’t expect them to fully understand just how painful PMS can be for a woman, I do expect them to take our word for it, at the very least. For as long as I can remember, as I’m sure generations before me can vouch for, explaining to those without a uterus how painful period cramps are was like talking to a brick wall, but the year is 2018, ladies, and medical professionals are (finally) beginning to open their ears and see the light.

Some women are #blessed and rarely, if ever, experience menstrual cramping, but these superhumans are few and far between. According to the non-profit organization Women's Health Concern, about 80 percent of women will experience period-related cramping, to some degree, during their lifetime. Of that number, five to 10 percent will battle pain that's so severe, it may interfere with their everyday lives during their cycle.

The medical term for menstrual pain is "dysmenorrhea," and there are two types you should be aware of: The first is called “primary dysmenorrhea,” and the pain associated with this is relatively short-term, lasting anywhere from 12 to 72 hours starting before, or at the very beginning of a woman’s period. According to the Cleveland Clinic, pain can “range from mild to severe” and is felt in the lower abdominal area, back, and/or thighs. The pain might be tolerable, but don't think you'd be getting off easy. Oftentimes, primary dysmenorrhea includes symptoms like nausea, diarrhea, and fatigue, on top of any pain you might already feel. Sounds lovely, doesn't it?

Then there’s secondary dysmenorrhea, which makes primary dysmenorrhea sound like a breeze. Basically, this condition stems from a pre-existing disorder in a woman’s reproductive organs, such as endometriosis or an infection. Typically, according to the Cleveland Clinic, the pain can start before a woman's period, and may continue days into her cycle. If this sounds familiar to you, contact your doctor and request a pelvic exam to determine a) if you have secondary dysmenorrhea and b) what treatments are necessary moving forward.

Period cramps are a serious ailment, and doctors are now comparing the pain to a heart attack.

While part of me wants to deliver all the sass to this article, because this is the perfect time for every woman who’s ever had someone question just how bad her period cramps were to stand up and say “I told you so,” the other part of me is just relieved to see even the slightest bit of progression. Needless to say, it’s long overdue.

According to a recent Elle UK article, a man by the name of John Guillebaud, a professor of reproductive health at University College London, revealed to Quartz that some of his patients describe period cramps to be “almost as bad as having a heart attack.” Instead of writing them off as dramatic, Guillebaud sympathized with women who suffer from these monthly woes, and said he believes, “like anything else in medicine,” dysmenorrhea deserves appropriate medical attention. Can I get an amen?

As for whether or not the comparison is a little farfetched, founder of the hormonal balancing elixir Bootsy Chu Chu Siena Dixon says the two are “likely comparable” based on the experiences shared with her among the Bootsy Chu Chu community, and her own personal experience with menstrual pain. She tells Elite Daily that during her worst period, the dysmenorrhea "was as close to 10/10 on the pain scale as you can get.” Personally, I'd say the worst cramping I've ever dealt with was probably an eight out of 10, so I can only imagine two steps up. Ouch.

If you're experiencing period cramps that are severely painful, here's what you should do about it.

According to SELF, one of the most common misconceptions about period cramps is that they’re "supposed" to be painful, and you just put up with it because it’s a natural process the female body is built for. Unfortunately, Guillebaud pointed out, this isn’t a faux-pas only being made by men; women sometimes get it wrong, too. He told Quartz,

Men don’t suffer the pain and underestimate how much it is or can be in some women. But I think some women doctors can be a bit unsympathetic because either they don’t get it themselves or if they do get it they think, "Well I can live with it, so can my patient."

When it comes down to it, though, there's no use in pointing fingers. Dysmenorrhea isn't a gender issue, per se, it's a medical issue, and any woman who experiences severe period pain should be treated properly, no matter who her doctor is.

If the pain is manageable — meaning it doesn't interfere with your ability to go through your daily tasks — home remedies can help. Things like applying a heating pad to the abdomen, taking ibuprofen, sipping ginger tea, and using essential oils like marjoram and thyme oil, Dixon says, are a few remedies she's found very helpful.

However, if the pain is almost crippling, Dixon says you should make an appointment with your gynecologist ASAP to "identify what treatment, lifestyle changes, or supplements might be the most suitable for [you]." Remember: Periods are natural, but pain is not, and you deserve to be relieved of it, no matter the circumstances.