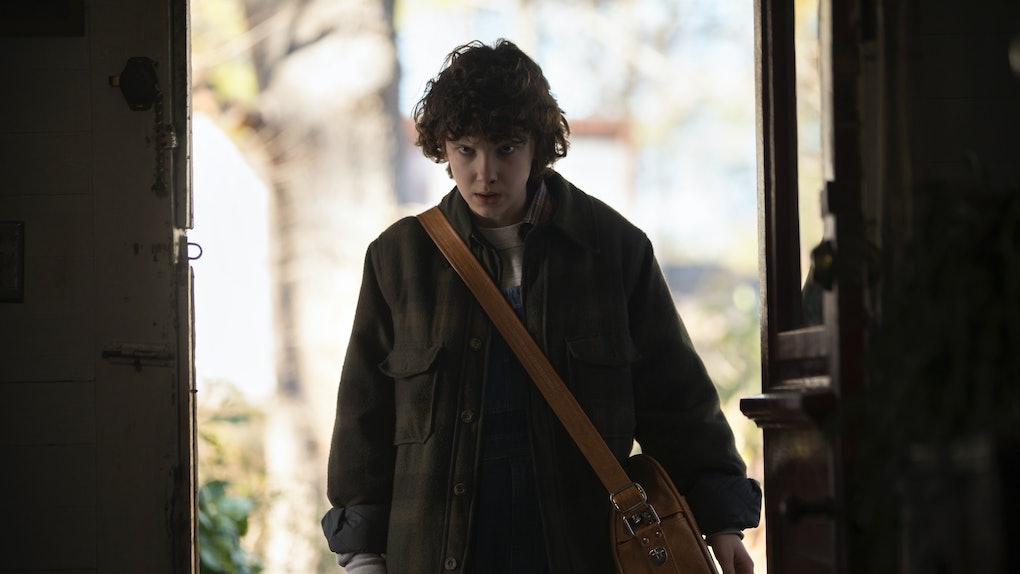 How Old Is Eight On 'Stranger Things'? Kali Raises Tons Of Questions During Season 2

One of the things Stranger Things hasn't been completely clear on, even as they answer questions about Eleven's life, is the exact timeline of when things happened. Everything is a little fuzzy. Hopper's daughter died "a few years ago." Lonnie left "a while back." Hopper and Joyce are "about five years too late" to talk to Terry Ives. That makes it hard to pin down ages. But, if Eleven is 12 years old, how old is Eight on Stranger Things? Let's do some back of the napkin style math on this. Please be advised: This post contains spoilers for Stranger Things Season 2.

First let's timeline out how old Eleven is in the Rainbow room vision. Eleven was born towards the end of the MKUltra experiments, which were closed down for good in, 1973. So Ives probably was being tested while pregnant in say, 1972? That puts her to be around 10 or 11 years old in Season 1, which took place in 1983.

There's no visible date on the article about Kali's disappearance — only that it's datelined in London. But, the image of her is a telling one because of what she is wearing. For those who aren't familiar with U.K. schooling, she's wearing a standard issue primary school uniform, which means she has to be, at the absolute youngest, 5 years old in the photo. (U.K. students do not start at 4-and-a-half like some places do in the states.)

Now, let's look at the two girls sitting in the Rainbow Room. If we look at Eleven and say she's about 6 years old in that shot, then the girl who is sitting next to her looks to be maybe three or four years older, around 9 or 10. If she's on the small side (and Kali is pretty short), maybe she's 11.

That means when we see Kali in the Rainbow Room vision, she's been there five or so years. Which, if Eleven is 5 or 6, that would mean Kali has been in the lab the same length of time as Eleven.

All this makes sense: Ives was looking for kids who would have been taken around the same time Eleven was. If the scientists decided to take Ives' baby to experiment on, they would have wanted other children to also perform tests on along with her. (Remember, the scientific method requires control groups, as well as tester groups.)

Season 2 takes place six years since the events of the Rainbow Room. Kali doesn't say how old she was when she escaped the lab, but it sounds like she spent at least a few years on the streets trying to find someone to help her before giving up and going full vigilante and putting together this crew of street punks.

If Kali were 10 at the time of the Rainbow Room vision, that means she's 16 years old now, 17 at most. She was probably about 13 or 14 years old when she escaped the lab. That means she's still not old enough to vote or drink.

But, she is still young and immature enough to think that murdering those who harmed her and stealing from "the man," are good life choices, and that dressing like an MTV punk is the only way to live.