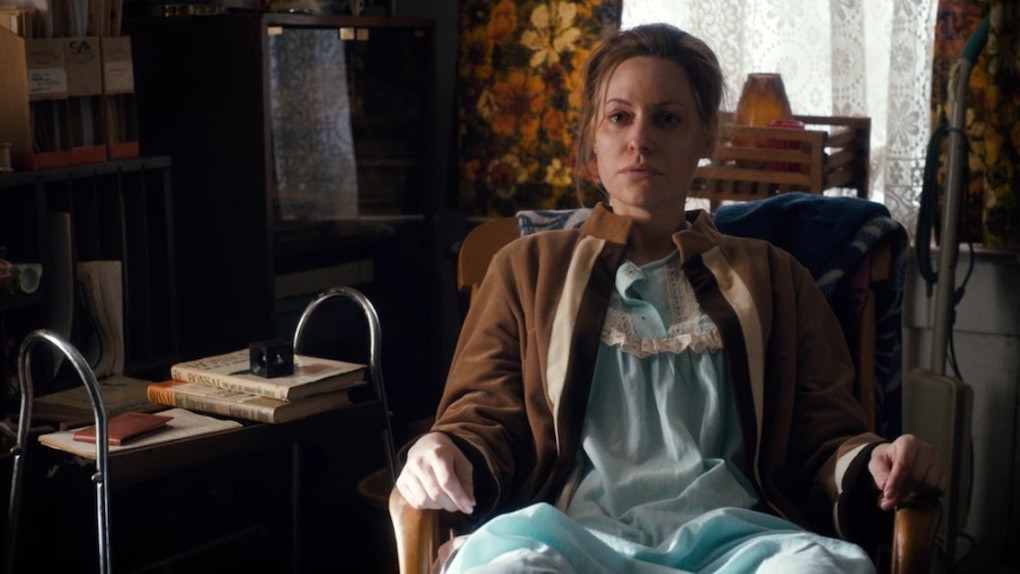 Is Terry Ives' Eleven's Mom On 'Stranger Things'? This Theory May Be Our Answer

There are so many mysteries tucked away in the first eight episodes of Stranger Things that comprise Season 1. Some get answered in a clear, straightforward manner — like how the Upside Down got to Hawkins in the first place. Some are not answered so clearly, like who Eleven is and how exactly she became a guinea pig for the government lab. There are hints, of course, but many fans found themselves wondering, is Terry Ives Eleven's mom on Stranger Things? And if so, how exactly will that resolve itself?

For those who might have forgotten, Terry Ives is the woman Sheriff Hopper uncovers as having sued Dr. Brenner and the weird scientists inside the "Department of Energy" that's down the road from Hawkins. She claims they performed tests on her while she was pregnant, which turned her unborn child into a super-weapon capable of telekinesis. Terry also claims lab workers then stole the baby when it was born and had the hospital declare it a third-trimester miscarriage.

Hopper and Joyce wind up going to visit Ives, thinking that she might be the mother of the "child with the shaved head" who was spotted at Benny's right before he was shot. Unfortunately, as Terry's sister says, they're about five years too late.

Terry Ives fought for seven years trying to get her daughter back, one who no one believed existed. Her sister, Becky, says the hospital said the child was born dead. There's no birth certificate and there's no proof the girl, "Jane Ives," ever existed.

About five years ago, Terry Ives finally lost the battle — not just with Brenner, but with her mind. She lapsed into a comatose state, starting blankly at the TV, silently unable to pull herself out of her grief.

Becky thinks her sister went mad from the drugs fed to her in the experiments, and her claims are all a bunch of nonsense. ("Her child is now a weapon against the commies," I mean, come on.) But Hopper knows better. He is, instantly, upon meeting Ives, convinced the girl with the shaved head running around town is an escapee from the lab, and Ives' daughter to boot.

Even when Joyce is completely shattered at seeing what Ives has become, having waited 12 years with no news of her child, Hopper is right there to stop it. After all, Terry might have been waiting 12 years, but her kid turned up all of five days ago (even though she doesn't know it yet). Therefore, there's a chance Will Byers can still be found, too.

How is Hopper so sure? We don't know, he just is. But perhaps he is right. Because the trailer for Season 2 almost guaran-damn-tees Hopper knew what he was talking about.

Most fans thought when Hopper and Joyce left to head back to Hawkins and get Jonathan Byers out of the police station, they were leaving the Ives' behind for good. The rest of the season is spent focused on finding Will and fighting the Demogorgon, leading Eleven to be trapped in the Upside Down along with the creature as she kills it.

But apparently the show isn't done yet with Ives. Consider this shot here:

Now consider this shot at 1:18 in the trailer for next season:

Same curtain. Same foyer. Even the tree house that we see as Joyce and Hopper pull up to the house from Season 1 is there.

Why would Eleven go to the Ives' house, unless she were tracking down her mother and trying to go home?

Now, there's a chance that Eleven will arrive, Terry will look at her and immediately declare this not her child. But everything Terry predicted about the girl is true. She is a weapon against "the commies." She has these amazing powers of telekinesis.