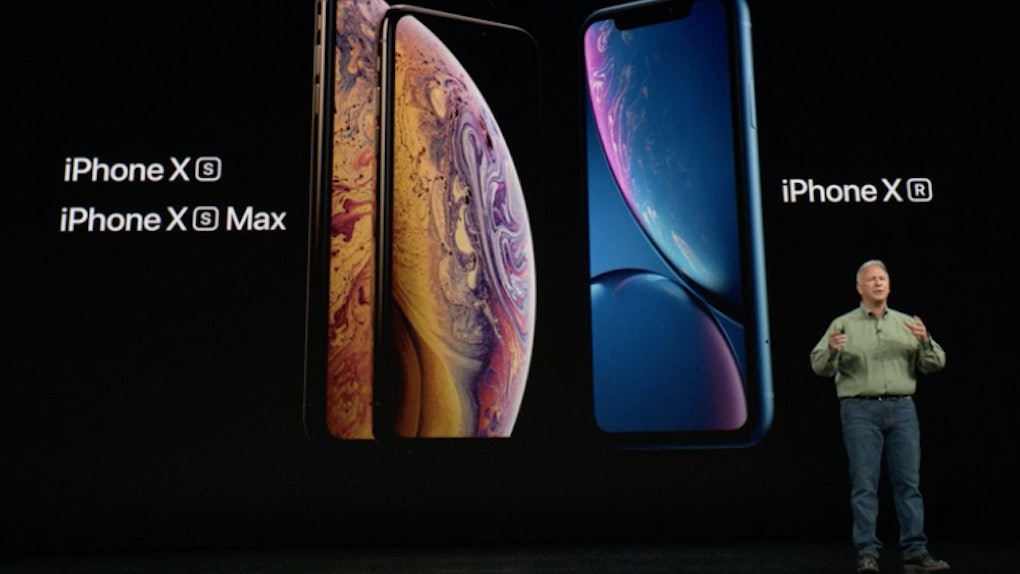 How Much Will The iPhone XR Cost? It Won't Drain Your Savings

Buying a new phone is always fun... that is, until you have to get your wallet out. Regardless of which phone you end up buying, it's likely to put a small dent in your account — but it's always worth it. If you're an iPhone user, you're probably getting your cash together right now, because Apple unveiled a handful of new products at its "Gather Round" event in Cupertino, California on Sept. 12. The company released its highly-anticipated iPhone XR, and it won't hurt your savings as much as you'd think. In fact, the impressive device is reasonably priced, which makes it even more desirable. With that being said, those of you wondering how much the iPhone XR will cost might be pleasantly surprised.

Before the new phone was officially announced in Steve Jobs Theater on Wednesday, rumors swirled around the internet regarding its price. According to TechRadar, the phone's cost was expected to be similar to an iPhone 8 (which currently starts at $699). Based off Apple's keynote, it looks like the rumors were true. The iPhone XR starts at $749 — so start saving up. Once you think about it, the price isn't bad for a phone as impressive as the iPhone XR. Don't you agree?

If you have the money readily available, you can preorder the iPhone XR on Oct. 19. However, if you'd rather wait a few more weeks, you can officially buy the phone on Oct. 26. Something tells me the iPhone XR will be worth investing in, so go ahead and treat yourself to a new Apple device.

Speaking of new Apple devices, let's talk about a few other products that Apple was expected to unveil during its "Gather Round" event. Before the keynote started, iPhone users were anticipating a bevy of impressive new products. 9to5Mac predicted the new devices would include the iPhone XS, the iPhone XS Max, the iPhone XR, the Apple Watch Series 4, AirPods 2, AirPower, and more.

But how much do those phones cost? Before the big Apple announcement, there were price rumors swirling around the web — and these phones seemed to be the most expensive. According to 9to5Mac, the iPhone XS was predicted to start at $800, while the iPhone XS Max was rumored to start at $999. That's a lot of dough (but totally worth it). Even so, Apple made the prices clear during the event. An iPhone XS will cost $999, and an iPhone XS Max will cost $1,099.

Regardless of the prices of Apple's new devices, I'm sure the features will make it totally worth it. But if you're someone who'd rather keep it on the cheaper (but still impressive) side, I'd go for the iPhone XR.