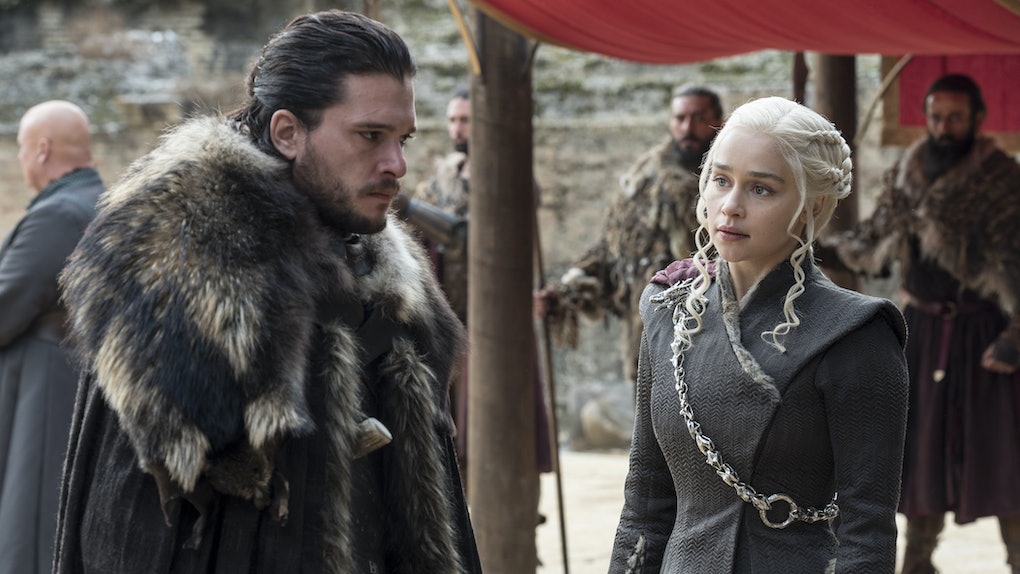 How Many Golden Globe Nominations Did 'Game Of Thrones' Get? Here's What Westeros Raked In

While Game of Thrones may have missed out on the Emmys this year, due to their June-June eligibility schedule, the Golden Globes is another matter entirely. The Globes, like the SAG Awards and the Oscars, run their awards eligibility on a calendar year schedule. They used to do TV June-June and the movies January-December, but that turned out to be too confusing, so now everyone is January-December, giving Game of Thrones Season 7 its first shot at awards for this season. With that in mind, how many 2018 Golden Globe nominations did Game Of Thrones get?

This is the first year that the Globes will get a crack at Game of Thrones before the Emmys, but even so, going in, Globes watchers weren't expecting much in the way of nominations. Unlike the Emmys, who give the HBO series upwards of two dozen nominations every season, the Globes have been downright stingy since the series' first year, when it was nominated for Best Drama and Peter Dinklage for Best Supporting Actor. Seasons 2 and 3 were shut out of nominations, and Seasons 4 and 5 saw mere cursory nods for Best Drama with no actual interest in voting for them to win. Unfortunately, this year was the same.

With the Emmys practically slobbering over the show, the Globes just aren't interested in joining in. Last year's sixth season brought one extra nomination for Lena Headey, but she didn't even bother to show up, probably because she knew GoT wouldn't win. At this point, it seems most likely that the Globes will simply wait until Season 8 arrives, and then give Game of Thrones a bunch of nominations (if not awards) for overall achievement at the end, much like the Oscars did with Lord of the Rings in 2003.

As expected, Game of Thrones picked up a Best Drama Series nomination this year, but that was it. No supporting nominations for Dinklage or Kit Harington in the Best Supporting Actor category, and nothing for Headey, Sophie Turner, Maisie Williams or Emilia Clarke in Best Supporting Actress either.

And when it comes to Game of Thrones' one nomination, fans shouldn't expect that ultimate win. Check out the slew of amazing shows that it's competing against:

Last year, the Globes gave a lot of love to The Crown. But I expect that, like Game of Thrones Season 2, this year their ardor will cool. Stranger Things is in there in a cursory way the same way Game of Thrones is. The real competition is This Is Us and The Handmaid's Tale. The latter would be the prestige show to award, and will be assumed the default favorite until proven otherwise.

But Game of Thrones is used to this by now and took the single nomination in stride.

To be fair, despite the fact that we assume the Emmys will shower Season 7 with love, the shortened nature of the show this past summer lead to the sense of it being a "half season" rather than a full one. Season 7 also didn't have a good way to end, instead giving us a set of cliffhangers. Jon and Dany got together, but the revelation of his real parentage hangs over them. Jaime left Cersei, but her response will have to wait. The Wall collapsed with a "did they die or didn't they?" for Tormund and Beric. Despite its best efforts, Season 7 wound up much like the penultimate seasons of Mad Men and Breaking Bad: a whetting of the appetite without closure and a very long wait for resolution.

Season 8 will arrive with the real ending to the series, and perhaps the Golden Globes will finally be ready to acknowledge Game of Thrones properly when it does. But with the final season likely not premiering until 2019, it will be at least two years until we find out.