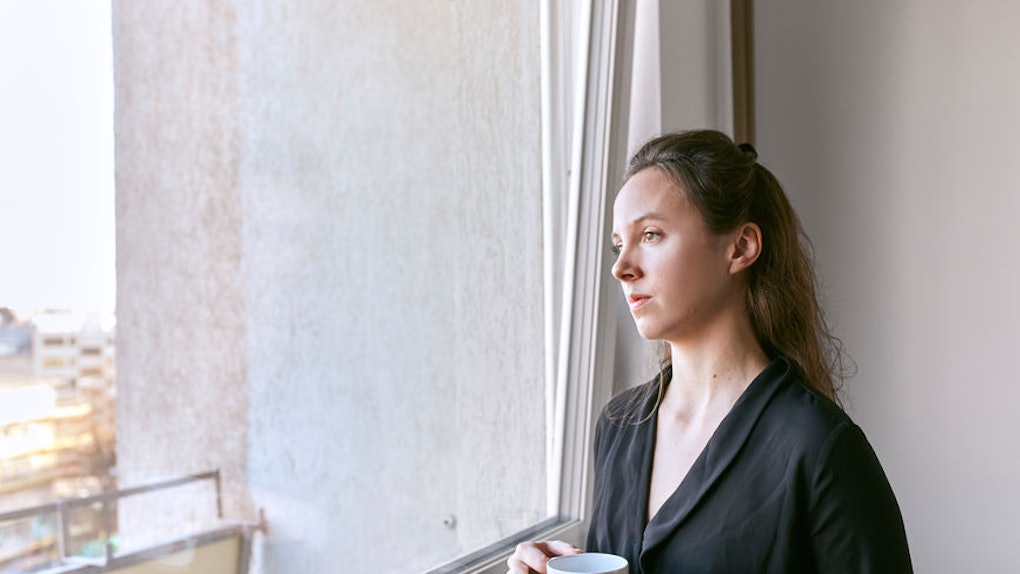 How Long Is Too Long For A Cold? Symptoms Might Last Longer Than Normal

We've all had the experience of getting that super annoying cold. Eventually, the worst of it passes — or so you think. Because sometimes, colds just linger. Sometimes you are on week three of having a stuffy, runny nose, a cough, and overall fatigue, and you begin to think this is the norm for you, as far as your health is concerned. For the most part, those nasty cold symptoms usually subside, but when it comes to a relentless illness that just won't seem to quit, you may find yourself wondering, how long is too long for a cold? Is there a point at which you should be worried something else might be going on?

Well, I hate to be the bearer of both good and bad news, but to Trish Stolle, family health nurse practitioner with Copeman Healthcare, tells Elite Daily that colds typically last for three to seven days, but those residual symptoms such as coughs can linger for weeks. While that news is super-duper annoying, at least you know to keep lozenges in your bag to relieve the symptoms for a few weeks more than you'd like.

That being said, there are things to look out for if you think the cold might be getting more serious, or if you suspect it might be something else. Stolle tells Elite Daily over email that the signs of a cold usually include runny nose, coughing, headache, fatigue, sneezing, sore throat and decreased appetite.

If you have difficulty breathing, a persistent fever (between four and five days), are struggling to keep fluids down, or it really hurts to swallow, it is probably time to head to the doctor. Additionally, if you suspect this might be the flu instead of a cold, and your symptoms are more severe or hard to treat, it's also probably time to get to a healthcare provider's opinion.

And yes, friends, it's still true — unfortunately, that there is no cure for the common cold. So, it's all about dealing with the symptoms to make yourself a bit more comfortable.

"You want to stay hydrated," Stolle says. "Take Tylenol or Advil for fever and comfort, and stay home whenever possible, and get plenty of rest."

As for preventing catching or giving a cold to someone else? Well, if you sneeze into your sleeve or elbow, it's more difficult to transfer the virus from your arm than your hands, so Stolle says try to aim your sneeze in that direction. But cover up no matter what. (Yeah, I'm looking at you, people who sneeze right into the gosh darn air.)

Washing your hands frequently is also a great habit to get into during cold season, and using hand sanitizer is not a bad practice, either. If you're someone who shares cups and utensils, you might want to rethink that. I know, it's good to share and all, you guys, but not when you're sharing a sore throat and germs.

Beyond that, just try to keep up with the basic day-to-day habits of eating a diet rich in essential nutrients, getting good sleep, washing your hands, and taking a vitamin D supplement.