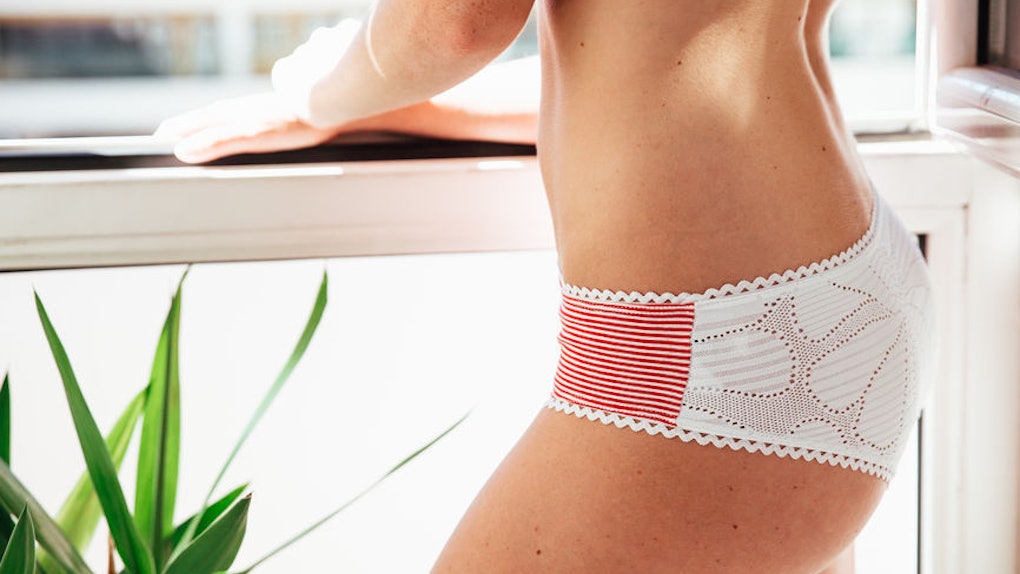 How Long Can You Wait Before Peeing After Sex? This Is What Experts Say, To Avoid UTIs

It's one of those things you may have heard over and over again: Make sure you pee after having sex if you want to avoid UTIs. If this is news to you, don't fret. (It was news to me, too.) But, even when you've made peeing after sex a routine, the question then becomes: How long can you wait before peeing after sex? Can you wait until you actually have the urge to pee again? Or should you make your way to the bathroom and try to empty what little urine may be lingering in your bladder? The simple answer is, you should try to pee immediately after sex. But there's more.

Before we get to that, a brief anatomy lesson. For people who have vaginas, "our vaginal area involves three holes: the urethra, vagina, and the rectum. So far, so good, right? But here's why this creates the perfect condition for sex to cause a UTI," obstetrician and gynecologist Dr. Sheila Loanzon told Elite Daily. "Because these exit points are so closely related in proximity, when sexual activity occurs, it is common [for] the fluids of intercourse and bacteria to be introduced into the urethra," she explained.

"Imagine your urethra like a tube or garden hose connected to a spout (your bladder) and ultimately, your kidneys. With intercourse, bacteria can form at the end of the tube. By flushing out the tubing, a person can prevent bacteria from colonizing at the end of the tube all the way up to the spout," Dr. Loanzon explained. And that is why "urinating after intercourse helps to flush out the system and prevent bacteria from growing in the urethra and bladder after sex."

I spoke to several experts, and most of them agreed that you should pee as immediately after sex as possible to avoid a UTI. Dr. Prudence Hall, a gynecological surgeon and founder of The Hall Center, a program that puts emphasis on mindful medical practices, recommends "urinating an hour or two after sex, because any bacteria that is pushed into the urethra, which drains the bladder, is rinsed out." And, if you're a person with a vagina who is especially "prone to urinary infections after sex, [you] should drink a glass of water so you urinate and also take 1000 mg of D-Mannose," she tells Elite Daily. (According to WebMD, D-Mannose is a kind of sugar similar to glucose that is used to prevent UTIs, and may prevent certain kinds of bacteria from sticking to the walls of the urinary tract.)

Dr. Carolyn DeLucia, an NYC-based OBGYN, agrees with Hall. "Whenever we are sexually active but especially before sleep we should use the restroom and empty our bladders," DeLucia tells Elite Daily. "Bacteria from our skin, (and theirs!) get moved around during sex and may find their way into the urethra," she explains. "If we do not get up and use the restroom, the bacteria may lead to a bladder infection. This is not desirable! Urinary tract infections are very painful and if not treated properly may lead to kidney infection."

Dr. John Thoppil, a board-certified OBGYN and president of the Texas Association of Obstetricians and Gynecologists explains that some people with vaginas are simply more prone to UTIs. They "will get a UTI every time they delay going to the bathroom post-sex," he tells Elite Daily. The reason for this lays in the person's bladder walls, Nirit Rosenblum, M.D., urologist and uro-gynecologist at NYU Langone Medical Center, told Women's Health. Those who are more prone to UTIs than others have bladder walls that "allow bacteria to stick more easily," she explained.

One expert believes peeing after sex is more of a precautionary measure than it is a requirement. "As a practical matter, a lot of people will say to their patients that it’s a good idea to urinate after you have intercourse, but it’s really more of a, 'it couldn’t hurt, and it might help,'" Dr. Lauren Streicher, an associate clinical professor of obstetrics and gynecology at The Feinberg School of Medicine, tells Elite Daily. But if it couldn't hurt, and it might keep you from having to deal with the pain and discomfort that comes with a UTI, why not do it?

I hate to be the bearer of bad news, but the next time you find yourself yearning to stay in bed for some postcoital spooning and pillow talk about your biggest hopes and dreams, it might be best to put it on pause and make your way to the bathroom. As unromantic as that may seem, it'll be worse when you have a UTI and you have to endure the burning sensation when you pee, among other not-so-fun side effects of a UTI. The cuddles and pillow talk will be there when you get back a minute later, trust me.