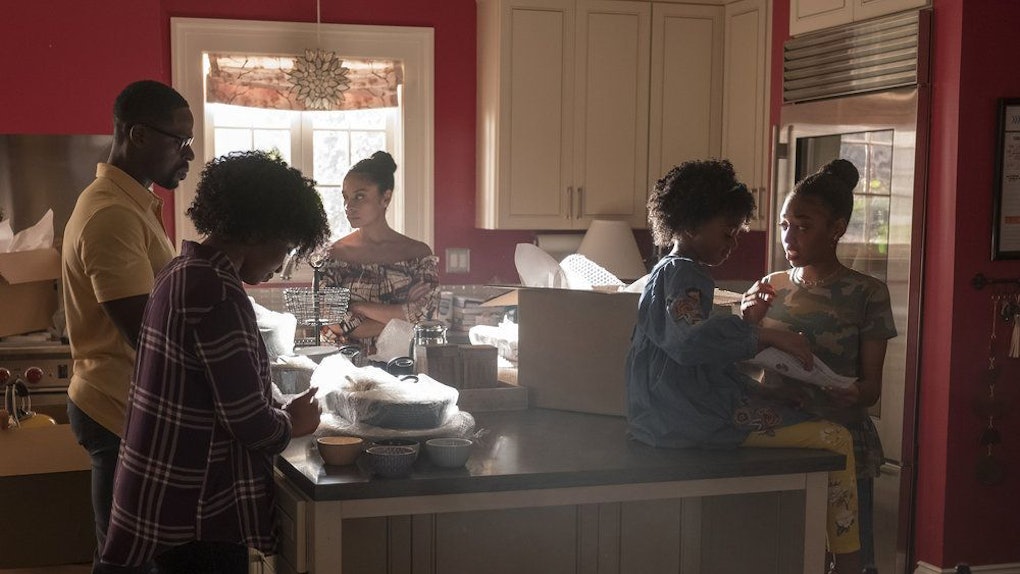 How Did 'This Is Us' Season 3 End? Refresh Your Memory On All Things Pearson

This Is Us wasn't just renewed this summer for Season 4. It was renewed for three more seasons, bringing fans a promise that the Pearson clan will stay on the air into the beginning of 2022. An ambitious idea, one that matches creator Dan Fogelman's equally driven plan of telling the story of a family over several eras. With so much to come, fans may need a refresher: How did This Is Us Season 3 end? Fogelman's claimed mid-way point of the story had a lot of twists.

Though the show loves to go back and forth into the younger years of Jack and Rebecca, the main thrust has always been their now-adult children living in the present: Randall, Kevin, and Kate. All three had significant life changes this season.

Kate got pregnant and managed to carry her little Jack nearly to term, despite health issues. Kevin went on a journey of self-discovery with his girlfriend Zoe as he struggled with sobriety. While exploring Vietnam, he learned their Uncle Nicky, who everyone believed to be dead, is alive – although he rejected their invitation to be a part of their lives. Randall ran for city council in Philadelphia, despite living in the suburbs, while his wife Beth lost her job and struggled to find a new one.

The Season 3 finale saw all three of these storylines reach a satisfactory plateau. For Kate, she spent time in the NICU with her newborn son, struggling to feel like a real mom, as Rebecca accidentally kept stepping in and solving crises for her. But the two reached a truce, and Rebecca and Miguel will move to California to be babysitters on call. Kate and husband Toby brought their son home to stay.

Randall and Beth's problems were solved with one creative decision. Instead of getting a sensible job in their suburb, Beth followed her dream of opening a ballet studio in Philly. With Randall now a councilman, living in the city was the only sensible option, and the family packed up to move.

After falling off the wagon and getting back to rehab, Kevin realized the biggest thing he wanted in life was children. He loved Zoe, but she didn't want them. To find happiness, they had to split, and the season finale saw "Uncle Kevin" single in California once more.

But the real shock was the final scene, the first one set in the future that ran longer than a minute or two. In it, fans got to see the future for many of their beloved characters, though not how they got there.

More like this
When Will 'Riverdale' Season 5 Return In 2021? Its Mid-Season Break Is Long AF
By Rachel Varina
This 'Stranger Things 4' Theory About Eleven's Past Is Super Dark
By Ani Bundel
Will There Be A 'Cruel Summer' Season 2? Here's What We Know
By Rachel Varina
Stay up to date