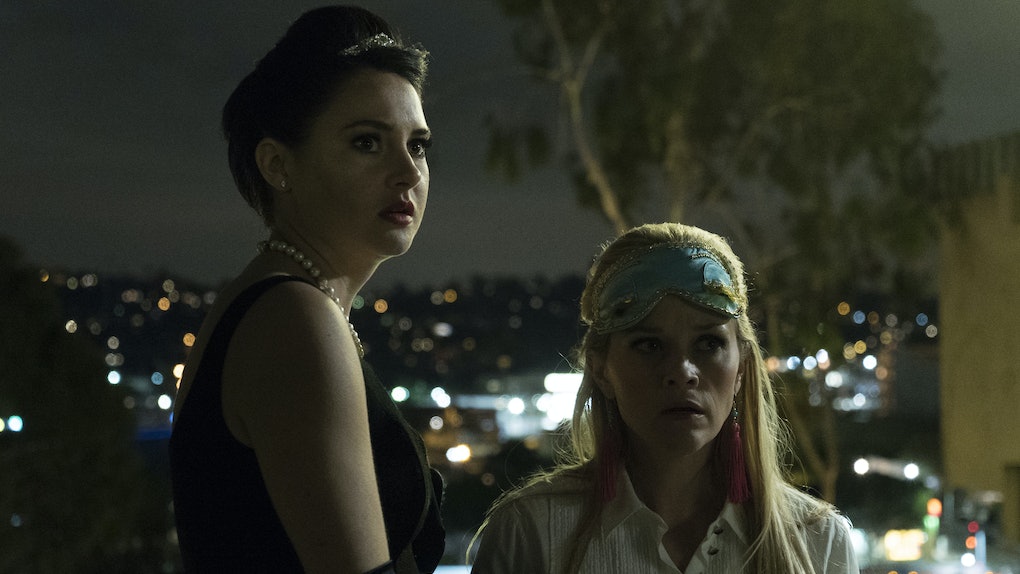 How Did 'Big Little Lies' Season 1 End? Refresh Your Memory Before Season

When Big Little Lies premiered, the first episode flashed back and forward. For single mother Jane (Shailene Woodley), the flashbacks were memories of the night her son Ziggy was conceived. For the rest, the flash forwards were to a party where someone died. Throughout the seven-episode run, fans began to put the clues together. The dead man walking was almost certainly Perry Wright, the abusive husband of Celeste (Nicole Kidman). But considering what a terrible person he was, it was unclear who would take him out.

Like many women who find themselves in a cycle of physical, emotional, and sexual abuse, Celeste saw herself as a willing participant, someone whose fault it was these things kept happening. It wasn't until the final episode when she realized her husband's abusive tendencies were being mirrored by their son Max, who was abusing his classmate Amabella that she decided to leave. Would she kill her husband to do it?

Or would it be her BFF Madeline (Reese Witherspoon)? Maddie's A-type personality had become subsumed in motherhood, and her repressed rage at how unfulfilled she is by that role had already blown up her marriage to Nathan, who is now married to the hippie-dippy Bonnie (Zoë Kravitz). Having remarried Ed, she is still unfulfilled and spends most of Season 1 in an affair with Joseph Bachman, which, heading into the finale, was about to be blown wide open.

One also couldn't discount Renata (Laura Dern), the high-powered CEO, and mother of Amabella. Renata had already shown herself in earlier episodes to be willing to proxy fight parents over her daughter's bullying. One could easily see her wanting to punish a man who taught his sons to hurt women.

Meanwhile Jane's flashbacks to the night she was raped by businessman "Saxon Banks" had already clued in viewers that when she finally met Celeste's husband Perry, she would most likely realize they were one and the same. Would she kill him?

In the end, none of them killed Perry. Instead, when Perry snapped and began to choke Celeste for refusing to come back to him, Bonnie flew in like an avenging angel. Despite her soft-spoken personality, she too was an abuse survivor (as described in the book), and seeing Perry abuse Celeste in public caused her to snap. She shoved Perry down the stairs, causing his head to crack like an egg.

Unlike the books, where Bonnie confesses, but only gets community service considering the circumstances, Big Little Lies ends with the five women banding together, holding the line that Perry "slipped" to protect their own. Will that line hold in Season 2? Fans will find out when the show returns on Sunday, June 9 on HBO.