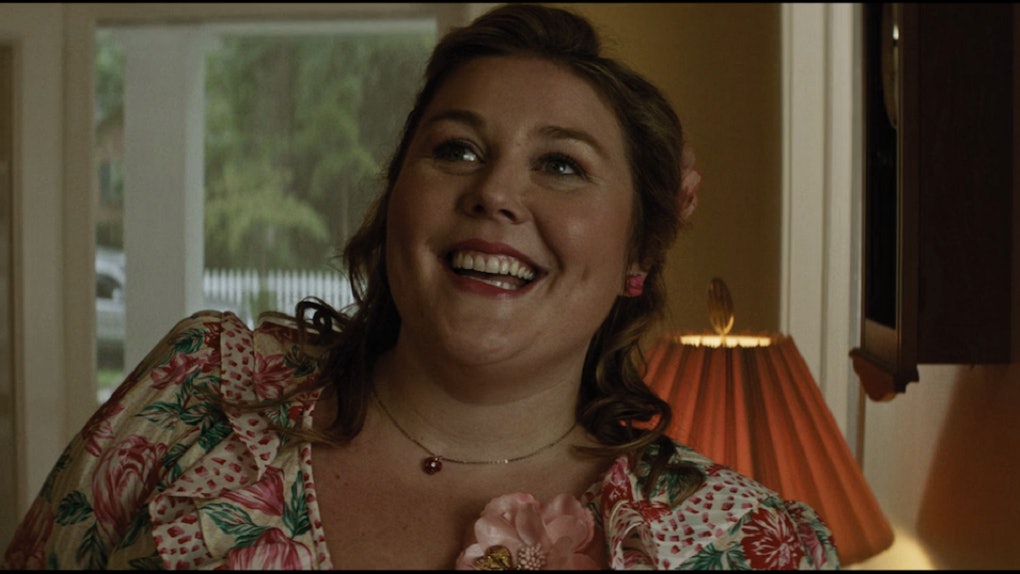 How Did Aunt Lucy Die In 'Dumplin'? She Plays An Important Role In The Story

This post contains spoilers for Dumplin'. At the end of the day, Netflix's Dumplin' delivered a heartfelt story about a mother-daughter pair learning to understand each other, but main character Willowdean wasn't initially close to her mother Rosie. Instead, she grew up alongside her Aunt Lucy, who passed away six months before the start of the movie's present-day storyline. How did Aunt Lucy die in Dumplin'? The movie never provided an exact explanation, but the character still played a crucial role in Will's life.

Now a plus-size teen and struggling to cope with the loss of Lucy (Hilliary Begley), Willowdean (Danielle Macdonald) is inspired to join the local beauty pageant that Rosie (Jennifer Aniston) runs after she learns that the confident Lucy was once too scared to apply for the contest. Joining the pageant as a sign of protest against Rosie, Will finds herself losing her own confidence as she delves further into this world of dresses, hairspray, and choreographed dances. A search through Lucy's old Dolly Parton memorabilia then sends Will down a comforting path packed with friendly faces and plenty of Dolly-influenced wisdom. While the movie alludes to Lucy's death being a result of her heavy weight, the story proceeds to develop her as a character who is far more than the terms of her ending.

Frequently taking care of a young Will when Rosie was busy working, Lucy introduced Parton's music to her and her best friend Ellen (Odeya Rush) and hosted "Dolly parties." Being the superfan that she was, Lucy kept a scrapbook of ticket stubs and articles related to Parton, and after hitting a low in the pageant's preliminary stages, Will finds a flyer inside the book for a Dolly Parton night at a bar Lucy frequented. There, Will and her friends meet Dolly drag impersonators who knew her aunt. Suffice to say, the queens have the perfect Dolly-approved sayings to help her out of her rut just in time to fully embrace the competition.

By the end of the film, Rosie has also come to understand her sister's own insecurities, admitting that one of her greatest pageant mantras came from Lucy. The character definitely remains within a cloud of mystery throughout the movie, but we learn just enough about her to notice the influence she's left on both Rosie and Will.

In an interview with Collider, Dumplin' director Anne Fletcher said:

The main thing for me, besides Dolly’s music being the heart and soul of the movie, was Lucy. You’ve got Rosie and Willowdean, and the driving force is their grief over losing Lucy and how they function, in the world, without their family anchor and the support that makes their family work. There’s this tiny layer of grief that’s playing in there, which I really loved... Lucy and Rosie were both born big girls. Lucy took the world by storm and didn’t care. She embraced it and loved it, and she was vivacious and took on the world, head on. Her sister, Rosie, didn’t have the same security. All of us women can identify with that.

Her appearance in the film is brief, but Lucy is clearly meant to serve as a reminder of the joys of loving yourself.

Dumplin' is currently streaming on Netflix.

More like this
'He's All That': Premiere Date, Cast, Trailer, Filming News, & More
By Dylan Kickham
Is Netflix Making A 'To All The Boys' Spinoff Series About Kitty? Here's The Tea
By Rachel Varina
Here's How To Watch 'Promising Young Woman' For Free If You're A College Student
By Ani Bundel
Stay up to date