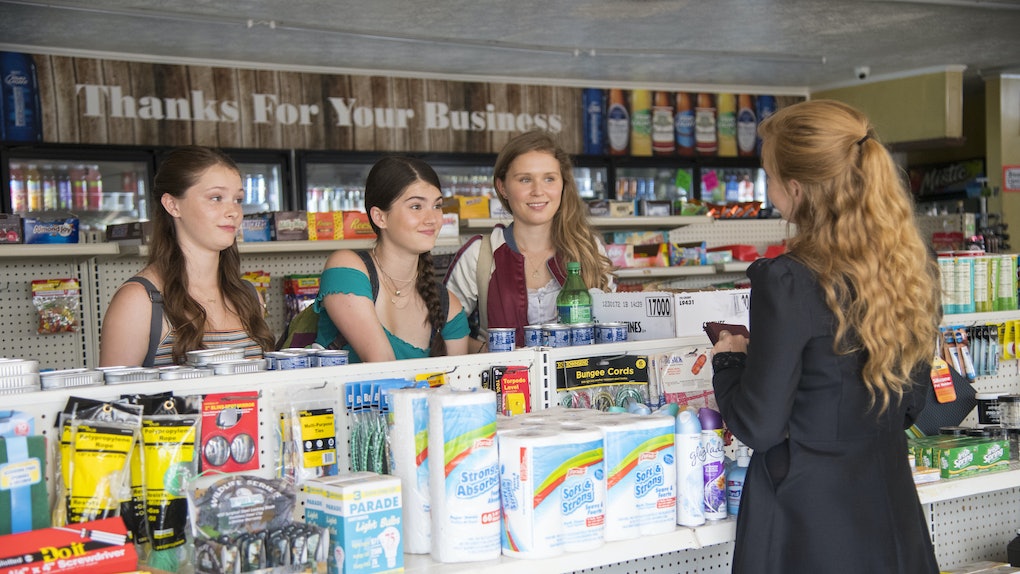 How Did Amma Kill The Girls On ‘Sharp Objects’? She Had Accomplices – EXCLUSIVE

Sharp Objects ended with a twist on top of a twist. After spending eight episodes concentrating on male suspects for the murders of Ann Nash and Natalie Keene, Chief Vickery finally was forced to make an arrest of the woman who seemed like the real killer: Adora Crellin. She'd murdered her own daughter Marian by poison. She was killing her other daughters, Amma and Camille, the same way. The pliers that pulled out the victims' teeth were in her kitchen. But then, the end revealed it wasn't Adora, but Amma. How did Amma kill the girls on Sharp Objects? Warning: Spoilers for the Sharp Objects Finale (and a few from the book) follow.

One of the reasons both Vickery and Detective Willis thought the suspect was male was due to the nature of the crime. Strangulation isn't a woman's weapon. It takes serious strength. As for the teeth pulling, Detective Willis, who is a man in good shape, could barely do such a thing by himself when he tried it on a pig's head. So how could a young and thin girl like Amma do this all by herself?

The answer is, she didn't.

Elite Daily got to speak to Violet and April Brison, the sisters who play Amma's roller skating pals Jodes and Kelsey in the show. When asked about the murders, they giggled.

It's not immediately apparent in the mid-credits sequence, but if viewers look closely, even though the focus is on the girls who are dying and Amma's face, there are other people in the background. A slowed down version of the 10-second clip (above) proves Amma isn't working alone. Her two buddies are right there beside her.

At least, they are there for the first two murders. When it comes to taking down May in St. Louis, Amma seems to have managed it with the help of a chain-link fence. This lines up with the plot of the book, where Amma's friends turn out to have helped her kill Natalie and Ann, and then holding the body down so Amma could pull their teeth.

When explaining their characters, Violet, who plays Kelsey, hinted she and Jodes were in on the plan saying:

We’re a little crew who like to skate around town and cause some trouble and make decisions which are not always the wisest choices.

Both girls agreed their characters Jodes and Kelsey, unlike Ann Nash, were part of the affluent crowd. But even though Natalie was from the right side of the tracks, neither of them were really friends with either girl. According to April:

I think the strongest part of the friendship is just me and Kelsey and Amma. I think they all go to the same school so they were acquainted. But not friends in the way that Kelsey, Amma and I are best friends.

And what are best friends for but killing one's enemies in a time of need? When it comes to the town of Wind Gap, it turns out the girls help their own.