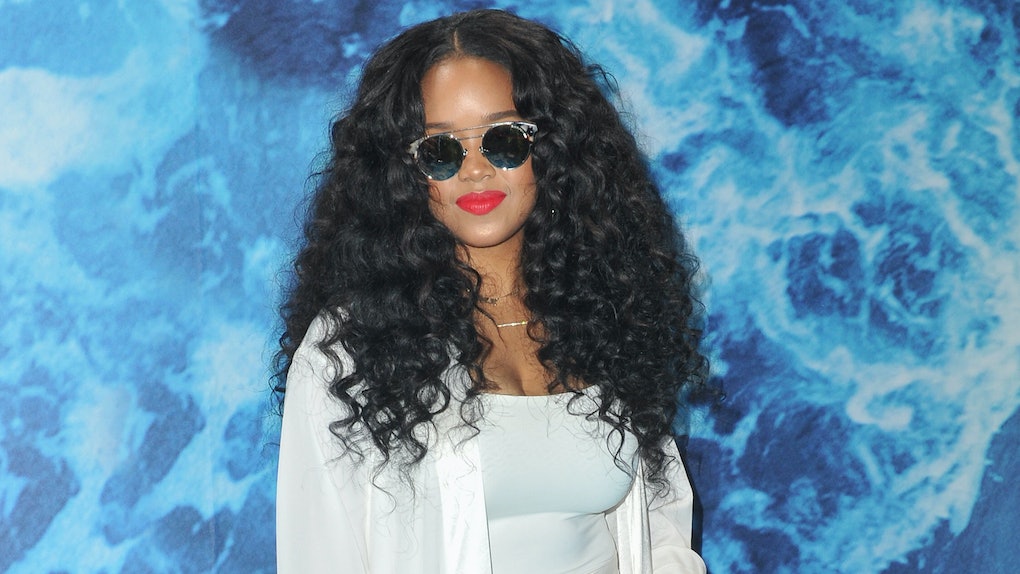 H.E.R.'s "Focus" Lyrics Are So Relatable For Anyone Who's Ever Felt Neglected By Bae

Haaaaave you met H.E.R.? Born Gabriella "Gabi" Wilson, the 21-year-old R&B singer — whose stage name is actually an acronym that stands for Having Everything Revealed — is nominated for five Grammy nominations this year. She came onto the scene in the fall of 2016, when her record label dropped H.E.R.: Vol 1, which later hit the top spot on iTunes' R&B chart. One of the standout tracks is most definitely "Focus," which also happens to be a Best R&B Song nominee this year. If you haven't heard it yet, you should plan to give the tune a listen before the 61st Grammy Awards on Feb. 10. Because H.E.R.'s "Focus" lyrics are all about feeling neglected and worrying about your worth: the worth of your time, the worth of your relationship, and ultimately, your own self-worth.

So intense, but also so relatable!

In an interview with Sway's Universe in April 2018, H.E.R. described "Focus" as a song about wanting to be seen.

"I think all women can relate," she explained. "I'm such a needy person. I think a lot of women are. We need our attention. And that's the place I was coming from."

I feel that, you know?

"Sometimes in a relationship or in life things are a certain way in the beginning," H.E.R. continued. "Then we get comfortable. We get comfortable, and things turn out to be a little bit less important and we kinda take stuff for granted. So that's the place I was in. I don't wanna be taken for granted."

Same. And with "Focus," you really feel what H.E.R. is talking about here, thanks to lyrics that are basically a straight-up call to really be seen.

It's so haunting, isn't it?

Now check out these lyrics from the chorus:

I mean, it doesn't really get more direct than that, does it?

Here are some more lyrics from "Focus":

It's such a smooth and beautiful song, even though the lyrics are filled with so much frustration and sadness. I really hope "Focus" takes home the statue for Best R&B Song on Feb. 10.