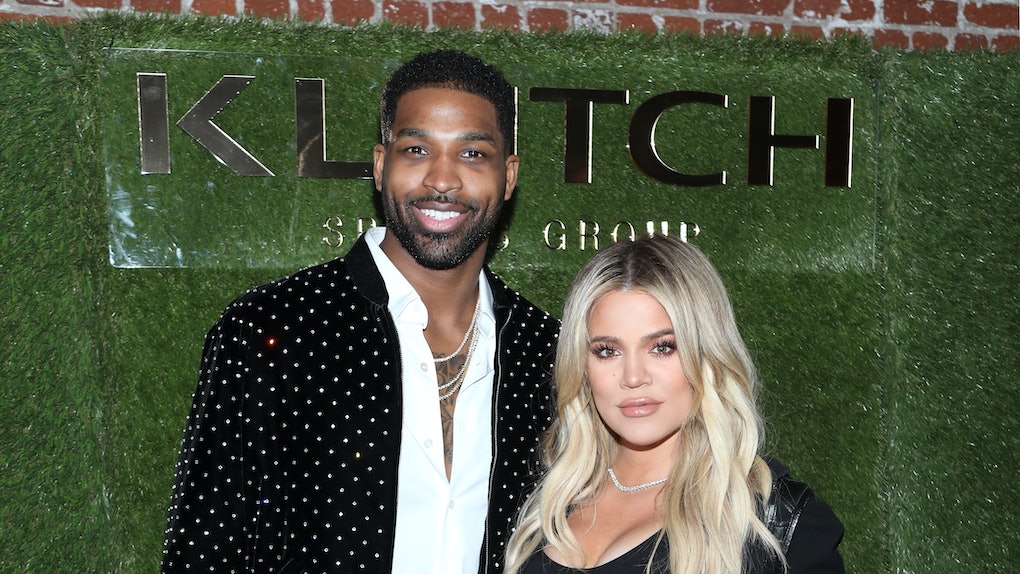 For months, fans have been convinced True's parents are giving their relationship another shot, so it's no surprise Khloé Kardashian feels "pressured" to reunite with Tristan Thompson. During a teaser for the Nov. 12 episode of Keeping Up With the Kardashians (which is also the Season 19 finale), Kardashian opened up to her bestie Malika Haqq over FaceTime about why she's feeling conflicted about reconciling with her ex. "He'll touch my shoulders or something. I'm like, 'OK, you're getting little too touchy.' He's like, 'I just want you to know, if ever you are thinking the same thing, I'm here for you,'" Kardashian explained.

When Haqq insisted Thompson "still loved" her, Kardashian added, "I feel a little more pressured. Even my family's like, 'So, are you guys sleeping together or not?' I'm like, 'No, we're not.' He's never said, 'I need an answer.' But, I always feel like he needs an answer as to, like, what we are doing."

Later, during a confessional, Kardashian elaborated on her mixed feelings. "I've never had an ultimatum from Tristan," she said. "I just feel like it's been over a year since we broke up, and now that we're hanging out more, I can tell he's getting antsy."

Fans first suspected a reconciliation between the exes back in March 2020, when a source for Us Weekly reportedly claimed the couple was quarantining together during the coronavirus pandemic with their daughter. Though another insider reportedly told Us Weekly in April, "Khloé is enjoying spending time as a family and being all together right now, but she's not completely open to letting Tristan back in her life in a romantic way right now," things seemingly have changed.

In May, another Us Weekly source reportedly claimed Thompson and Kardashian "are very much acting like a couple" again. By August, a source reportedly told Us Weekly the two were officially back together and even thinking about growing their family.

However, even though they dressed in coordinating costumes for Halloween, the exes have yet to confirm their relationship status themselves. And even though Kardashian and Thompson joked about those cheating rumors during the Nov. 5 episode of KUWTK, it seems Kardashian still has some reservations about restarting the romance. Here's hoping Kardashian stays ~true~ to herself and doesn't let the pressure get to her.

More like this
Here's The Kardashian-Jenner You're Most Like, Based On Your Love Life
By Candice Jalili
Madison LeCroy's Reaction To Jennifer Lopez & Alex Rodriguez's Breakup Is Coy
By Corinne Sullivan
Matt James & Rachael Kirkconnell Reportedly Aren't Together After Their Rumored Reunion
By Joyann Jeffrey
Stay up to date