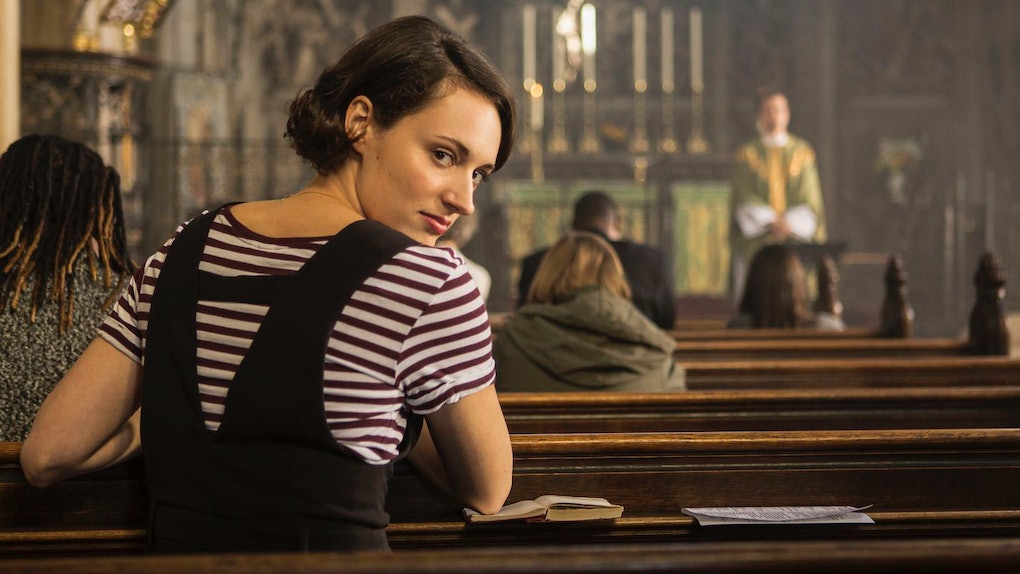 Here's Where To Stream 'Fleabag' Ahead Of Award Season

The last couple of years on television have seen the rise of female voices and producers fighting to be heard. TV made by women is bigger than ever, from Reese Witherspoon and Nicole Kidman banding together to produce Big Little Lies, to Leslye Headland, Amy Poehler, and Natasha Lyonne creating Russian Doll. This has been especially true of the works from Phoebe Waller-Bridge, whose breakout Killing Eve scored historic Emmy nominations last year. But this year is all about Fleabag, the show that got her started. So where can you stream Fleabag ahead of awards season this year? It's all on Amazon.

Killing Eve may have broken into the mainstream first in 2018, but before that Waller-Bridge was starring in another comedy, one she wrote for herself. Called Fleabag, the show began as an extension of Waller-Bridge's stand up act, which morphed into a one-woman play. After taking it to the 2013 Edinburgh Festival Fringe, where it won the Fringe First Award, she developed it into a TV series which was picked up by the online-only BBC Three and Amazon Studios.

The first season came out in 2016. Though critically lauded, it made few waves in America. But in a post-Killing Eve world, and a few tweaks towards a less depressing ending, Fleabag Season 2 is finally getting the recognition the series deserves.

So what is Fleabag about? Season 1 begins with meeting her in the middle of sex with a guy she's dubbed "Arsehole Guy." Not because he's a terrible person, but because that's the way he prefers it in the sack. In short order, we learn about the disaster of her life. Her boyfriend's left her, she and her sister, Claire (Sian Clifford), don't get along. Worse, Claire's husband, Martin, is trying to sleep with her instead of Claire, and there's no one she can turn to about it. Her mother is dead, and her father is living with their former-Godmother (Olivia Colman) who is cold and abusive.

Meanwhile, Fleabag (she has no other name) is about to lose the cafe that she opened with her now-deceased BFF. (BFF walked into traffic because her boyfriend was unfaithful.)

Though the show is a comedy, it's an uncomfortable one, from Godmother's abuse of Fleabag to Claire's awful husband's sexual come-on. Then there's the mystery of why Fleabag's BFF reacted so drastically to her boyfriend cheating. The end of Season 1 solves that, but it's a terrible answer.

Fleabag Season 2, however, things are looking up. Not with Godmother or Claire's husband, mind you. But Fleabag finds love of a sort, in the most unexpected place: The Church, and the man known only as "Hot Priest."

The resulting love story garnered the show 11 Emmy nominations, including five acting nods. There's Outstanding Lead Actress in a Comedy for Waller-Bridge. There's two for Outstanding Supporting Actress in a Comedy, one for Sian Clifford as Claire and the other for Olivia Colman as Godmother. Plus, there are two outstanding Guest Actress nods for Kristin Scott Thomas and Fiona Shaw.

More like this
Here's How To Stream Scott Patterson's 'Gilmore Girls' Podcast, 'I Am All In'
By Abby Monteil
These Theories About Annabelle On 'Cruel Summer' Will Make You Think
By Rachel Varina
HBO Max's 2021 'Friends' Reunion: Teaser, Release Date, Guest Stars, & More
By Ani Bundel
Stay up to date