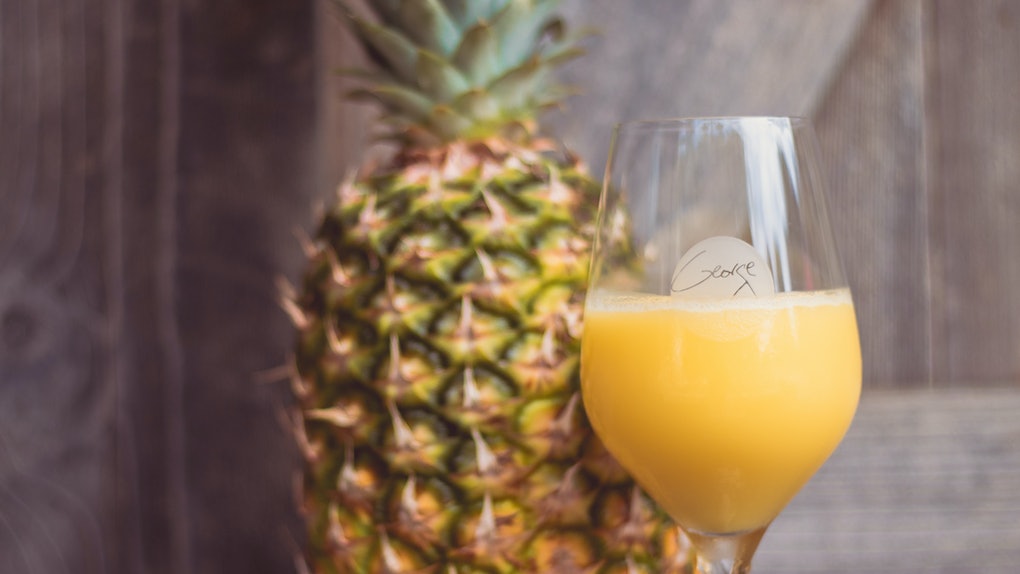 Here's the only bit of news you need to read this week: Disney is now serving up Dole Whip Froscatos. I repeat, Disney is now serving up Dole Whip Froscatos. No, this is not a drill. In case you're not familiar, Disney's regular Dole Whip is a delicious frozen treat made with pineapple-flavored soft-serve. It's a cult-favorite drink among Disney goers and now it's getting a boozy upgrade for summer. Unlike the Dole Whip, this new drink isn't available inside of Disney Parks. Wondering where to go? Here’s where to get Disney’s new Dole Whip Froscato for a refreshing summer sip.

There are actually two new Dole Whip inspired drinks on the Wine bar George menu. Of course, the Dole Whip Froscato really spoke to me first. The refreshing yellow cocktail is made with Moscato, vodka, and Dole pineapple, according to Miliotes. You can find this one under the frozen section of the Wine Bar George menu.

Wine Bar George is also reimagining the beloved Dole Whip drink as a mimosa. Both the Dole Whip Mimosa and the Dole Whip Froscato are fairly similar, so I'll let you decide what to get. The mimosa version is made with Moscato, Dole pineapple, and prosecco. Mimosas are the epitome of a classic brunch drink. Since I live in Orlando, I may just have to head out to Disney Springs and order one of each for a little taste test of my own.

To ensure you get a glass of the Dole Whip Froscato (or the mimosa version), I recommend making a reservation on the Wine Bar George website. Brunch always seems to be busy no matter where you go and you don't want to risk not being able to order up this boozy twist on the Dole Whip.

I took a quick look at the Wine Bar George menu and everything looks so delicious. I'd probably order the French Toast with caramel sauce, but the Burrata with avocado and bacon sounds amazing, too. I'll definitely be ordering up a Dole Whip Froscato while I try and make up my mind.