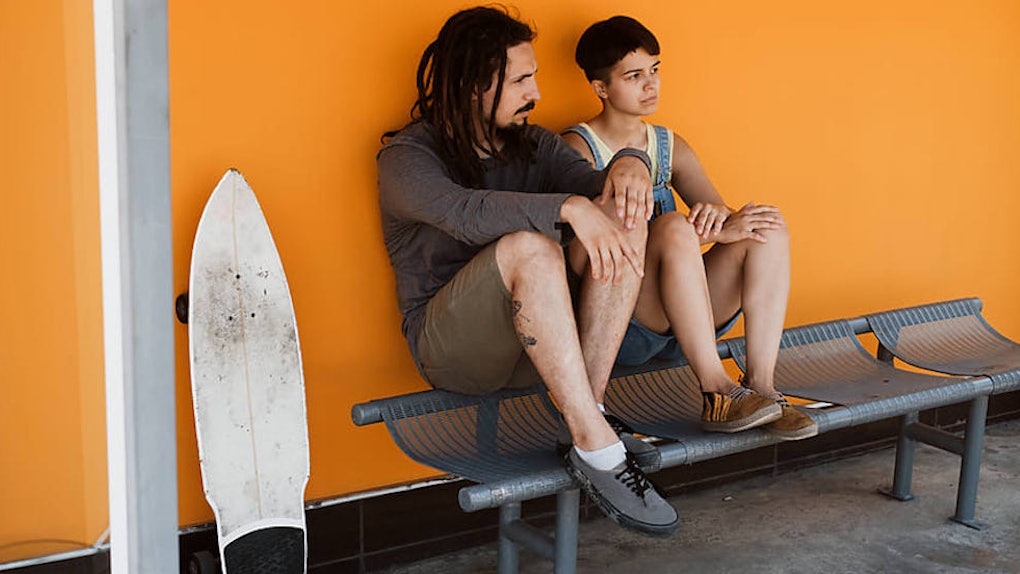 Here’s What To Do If You’re About To Get Dumped, So You’re One Step Ahead

Let's just start out by stating the obvious, shall we? No one wants to get dumped. Unless you're already planning on breaking up with someone but you've been putting it off and they beat you to the punch, getting dumped is hard. But what if you can see it coming? It might lessen the shock when it actually happens, but knowing what to do if you're about to get dumped can be tricky. Should you intervene? Should you break up with them before they break up with you?

Believe it or not, breaking up isn't always the worst thing in the world. Sometimes, a breakup is something that needs to happen in order for you both to be happy. But that doesn't make it easy. If you think things are going south, you might find yourself over-analyzing your partner's every move, and that's not always the best idea. "Trying to read into every little shift your partner displays or assuming a bad mood is actually a breakup isn't healthy," Kali Rogers, founder of Blush Online Life Coaching and author of Conquering Your Quarter-Life Crisis tells Elite Daily. "In fact you could inadvertently cause a breakup by letting your paranoia of a breakup take over. The only real way to know for sure if someone is going to break up with you, is to ask."

So, ask. Yes, it's scary, but according to Rogers, "the best thing you can do when you feel certain a breakup is inevitable is to prompt the conversation yourself." Fortunately, she also suggested ways to go about that conversation, and what to remember as you approach your partner.

"For starters, living in that kind of limbo isn’t healthy for either of you, and one of you needs to be a grown up and start the tough conversation," Rogers says. "Second, you can never be accurate in predicting others’ feelings, so it’s best to introduce your concern to give the other person an opportunity to discuss any recent changes in the relationship. If a breakup isn’t actually happening, then you two need to get on the same page quickly." There could be a lot of factors at play in your relationship, and just because you think you're about to get dumped doesn't mean you are.

"Above all, do not end the relationship yourself just because you feel like the other person is going to end it first," Rogers says. No matter what, confronting your partner and quickly breaking up with them isn't the best idea in this situation. Even if you're 100 percent certain that your partner is ready to end things, that doesn't mean you should jump the gun. "You will forfeit any opportunity to hear about why the relationship is ending, anything you did to contribute to its demise, and perhaps how you can correct any counterproductive behavior in the future," Rogers says. "Relationships at their heart are meaningful learning experiences, and when you turn it into an ego-game, everyone loses."

So take a breath, take some time, and try not to act out of anger. Maybe your partner has a reason for ending things, and you both owe it to each other to try and understand why.