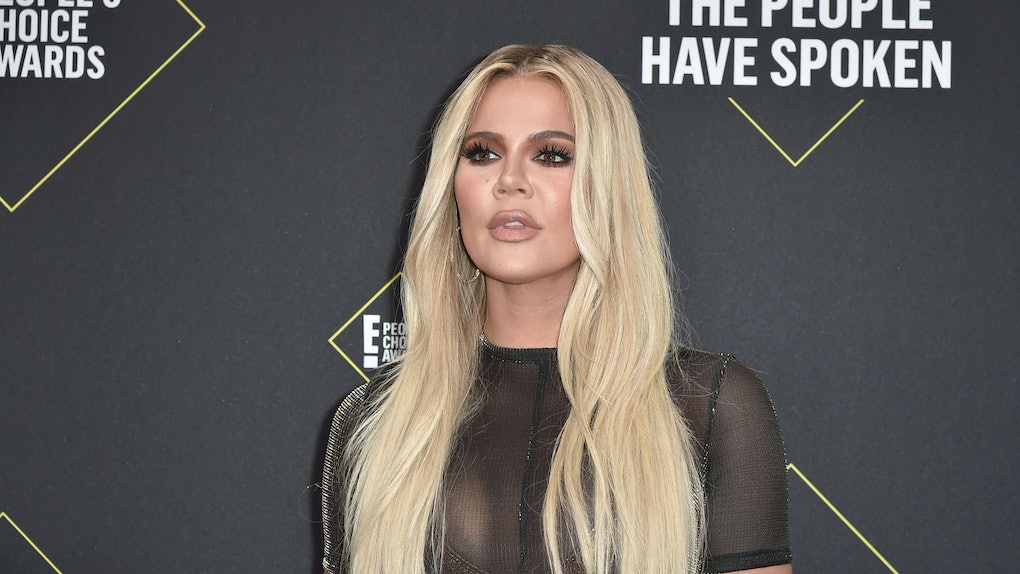 Here's What Khloé Kardashian Looked Like At The Beginning Of 'KUWTK' Vs. Now

It's hard to accept that after nearly 15 years, fans will no longer be getting their weekly dose of Keeping Up With the Kardashians. After Kim Kardashian announced on Sept. 8 the reality show was officially ending in 2021 after 20 seasons, viewers mourned the pop culture empire. Fans are now reflecting on how the famous family has changed over the last decade and a half. By even thinking about what Khloé Kardashian looked like at the beginning of KUWTK vs. now, it proves just how long the series ran.

Khloé has been a fan favorite since the beginning of the show. In the early seasons, Khloé was known as the rebel who DGAF what anyone thought of her. While she mellowed out over the years, her personal style also went through an evolution of its own.

There's one thing about Khloé that has remained the same: She is always authentically herself, and fans adore that about her. Her confidence has always shined through, even when she's not feeling her best, and she's never afraid to take a fashion risk.

Check out how much Khloé has changed over the years since KUWTK started.

Nothing screams mid-'00s fashion like a fedora and chunky jewelry. From once sporting long, dark brown hair to being blonde more often than not nowadays, Koko has tried out just about every look imaginable.

By 2009, Khloé was trying out slick, straight hairstyles on the red carpet.

In 2011, Khloé decided to lighten her locks, giving herself a fresh new look.

Like her sisters, by 2015, ‭‬Khloé was trying out a bronzed look and statement makeup. In December 2015, Khloé opened up during an interview with NewBeauty about her decision to keep her hair lighter and how it was influenced by her feeling better than ever in her own skin. “It was more out of laziness, but I liked it and stuck with the ombré theme,” she said. “When I started losing weight and started feeling better about myself, I was more willing to try different things, and I was ready to make a change and stand out more.”

Khloé went bold in 2016, often showing more skin than previous years, and she was living for a smoky eye. She opened up about her newfound confidence in an interview months before this red carpet appearance.

Fans noticed Khloé's appearance changed due to her grueling workout regimen, and she wasn't afraid to be open about her fitness journey and how people judged her for it. “Now on my Instagram page, people comment saying ‘I liked you better when you were bigger’ and I think, ‘Thank God I don’t live my life for other people because I’d be in a constant tug of war,’” Kardashian said during an interview with Cosmopolitan UK in 2015. "I have never felt ‘fat.’ I just didn’t realize how unhealthy I was until I look back at pictures. In the moment I felt so beautiful and I remember walking down red carpets with my make-up done in a little sparkly dress and I thought I was so cute. I had all this confidence.”

While Khloé’s fashion sense definitely changed over the years, she’s proven time and again that she lives for a statement piece — like fur or an oversized jacket.

It seems like when Koko hit her 30s and became a mom, her sense of style changed yet again. Nowadays, Khloé isn't too shy to show off her toned body, and finds herself rocking pantsuits like momager Kris Jenner on the regular.

More like this
A Petition To Cancel Colton Underwood's Reported Netflix Show Is Gaining Support
By Abby Monteil
8 Facts About Lisa Delcampo On 'The Circle,' AKA Lance Bass' Assistant
By Rachel Varina
Peter Weber’s Quote About How ‘Bachelor’ Producers Get Contestants To Kiss Is Wild
By Abby Monteil
Stay up to date