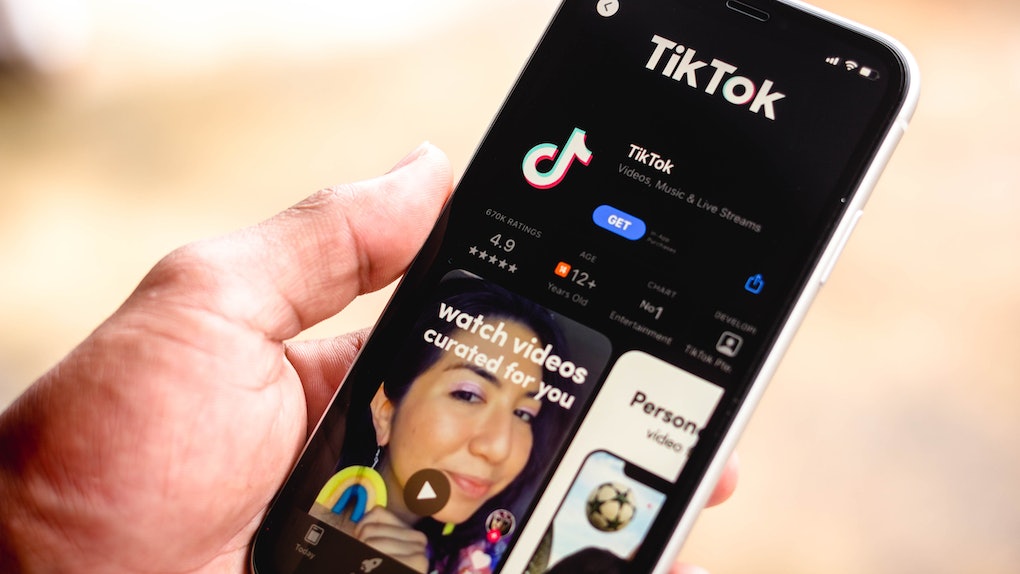 A new TikTok that virtually "shapeshifts" your face into that of a celebrity is making serious waves on the app — and, unsurprisingly, inspiring its own subset of challenges. If you've seen your friends morphing their features into look-alike stars or finding their dopplegangers from the casts of the Harry Potter or Marvel franchises, you might be wondering how to use TikTok's shapeshifting effect. Here's how to get in on the fun.

While TikTok's shapeshifting filter has actually been around since September 2020 for TikTokers in some European and Asian countries, it only became available for U.S.-based users to try themselves in mid-April 2021. Previously, TikTokers living in the United States could view videos using the effect, but couldn't create one themselves.

The easiest way to find the filter is by searching the tag #shapeshifting on TikTok and then tapping the name of the effect at the top. You can also find it by watching a TikTok using the effect and then tapping on the video to try it or save it to your favorites. Finally, you can find in the effects when you go to film a TikTok.

While many people are using the effect to prank others into thinking the filter analyzes your unique features and then comes up with your celebrity look-alike, it actually doesn't work like that. Once you opt to try the effect, the first thing you'll be prompted to do is upload a photo of a celebrity or another person of your choosing. Technically, you could use the feature to morph yourself into your best friend or sister.

While some people are making light of the filter by showing themselves morphing into someone who looks very different than they do, others are leaning in to the whole celebrity doppelgänger thing or even trying to figure out which movie or TV character they are.

While some users think the results are pretty spot-on, others are not so sure, and the jury is split over whether the filter actually analyzes your features using to choose someone for you to shapeshift into or if it's completely random. However it works, the technology from the filter does all the hard work for you by choosing a face from among the group. Elite Daily reached out for information on the technology of the effect, but TikTok was unable to provide further information at the time of publication. As some TikTokers have noted, you can try this with any group photo to see which person the filter morphs you into.

How To Do The Marvel Challenge:

To see which Marvel character you are, download this confirmed cast list for Avengers: Infinity War like TikTok user @ThatJakeRyan and let the effect morph you into Captain America or Black Panther.

How To Do The Harry Potter Challenge:

While TikTok user @albinoratlover incorporates a lot of different movies during her shapeshifter video, the idea is the same. Download a Harry Potter cast list like this one and watch your features turn into one of the characters.

How To Do The Jersey Shore Challenge:

Use a cast photo of Jersey Shore from Season 5 to replicate TikToker @MammyGoma's video.

How To Do The American Horror Story Challenge:

See which American Horror Story character you most resemble by downloading a full cast list and taking a cue from TikToker @CiaraNally03.

This shapeshifting challenge works for literally any ensemble photo, so check out some of the TikToks using the effect and get creative making one for yourself.