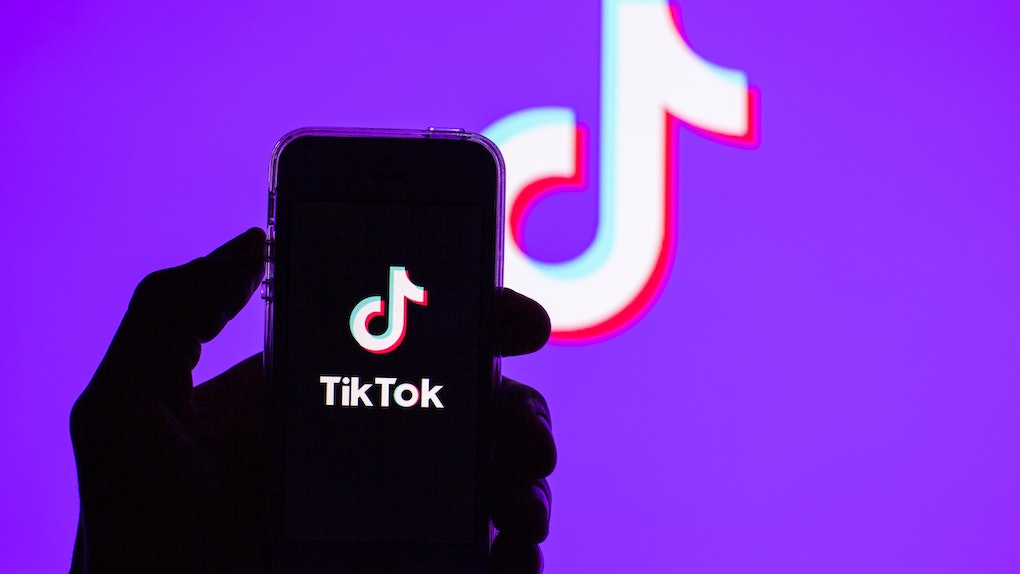 TikTok is here to spice up your posts with six new interactive music features that'll literally make your videos move to the music. Its immersive music creative effects include features that'll make your content pop like making it possible to create your own beat or animate your videos to your fave songs. Get ready to jam to all the bops in your TikToks when you learn how to use TikTok's immersive music creative effects.

While TikTok is already a music-heavy app, soon, you'll be able to craft content around a song like never before. The brand announced six new interactive music creative effects on Wednesday, April 7, and they're game-changers. With effects that will animate text, photos, and backgrounds to the beat of the music, and more, you'll want to learn how to use them ASAP. While one of the six filters is already available, the other five are scheduled to debut on the TikTok app in the coming weeks.

Once a few of the features have officially launched, you'll find them all in a new "Music" tab in the Creative Effects page. Until then, you'll be able to locate the music effects that have already launched in the "New" or "Trending" tab.

Most of the effects will work similarly — after selecting the filter, you'll choose a song from TikTok's sounds library and upload photos or record a video. Then, of course, you'll do any editing needed and hit post when you're finished. However, there are some slight differences between how each of the new effects will work, so to make it easier to differentiate, here's how you can use each of the new immersive music creative effects on TikTok.

TikTok's Music Visualizer launched on April 7, with a video debut from AREA21. The feature lets you choose a song from TikTok's sounds library that affects how the background moves. The augmented reality (AR) effect works by using real-time beat tracking to animate the backdrop. Featuring a moving checkerboard floor, colorful neon structures that move to the beat, and a mountainous galactic landscape, it's a green screen effect that not only looks cool but incorporates new music technology on the app.

To use it, head to the TikTok camera and tap "Effects" on the bottom left. You'll find the Music Visualizer under the "Trending" or "New" tab. Tap on it and you'll see the green screen effect in action with the default track "La La La." You can change the music at the top of the screen by tapping on the track title. After you've picked a tune you want, the background's movements will match that song's beat.

TikTok's Music Machine effect will let you create music from drumbeats and other sounds as you're recording your video. The effect uses a real-time audio synthesis and an interactive toolkit to make music with.

To use it, select the filter and you'll see five buttons and a slider appear on your screen. With the sound effect buttons, you can control the sounds in real-time through MIDI loops for different layers of music. To adjust the speed of your tune, you'll move the beats-per-minute (BMP) slider. Once you're satisfied with your track, you'll see the visuals of the filter synchronize to the beat.

The Delayed Beats immersive music creative effect will let you synchronize still images to the beat of a song from TikTok's sounds.

To use it, you'll choose your song from the sounds library and upload your still images. From there, you'll see that the transitions of the photos will align with the music you've picked, similar to the app's freeze-frame effect.

The Text Beats feature will let you add animated text overlays to your videos that correspond with your song's beat. Select the "Text Beats" effect from the "Music" tab of the Effects gallery and film your video. Then, choose a song and enter your text overlay.

Solid Beats is an immersive music creative effect that'll change up the visuals of your video. Once you film and select a song from the sounds library using the "Solid Beats" effect, you'll see your video's background move and transition to the music sort of like a lava lamp.

TikTok's Mirror Beats effect gives your video a house of mirrors vibe by changing your video transitions to the song's beat.

You'll need to wait a few weeks for all of TikTok's immersive music creative effects to launch, but once they do, you can start using them like a pro.