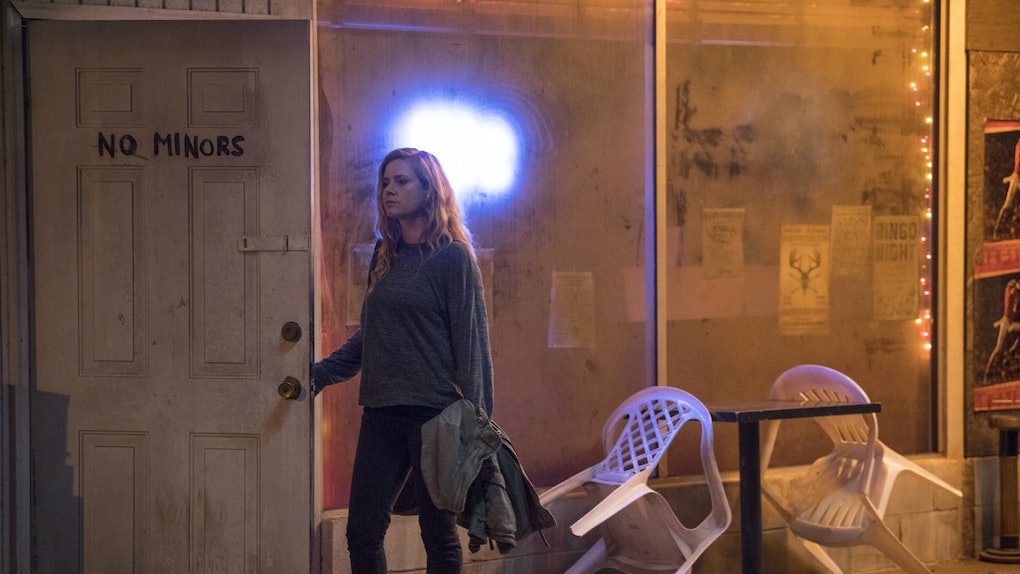 HBO might not have had a new season of Game of Thrones or Big Little Lies in 2018, but this doesn't mean it was bereft of programming. One of the biggest shows this year was the adaptation of Sharp Objects, based on Gillian Flynn's debut novel. Starring Amy Adams and Patricia Clarkson, this creepy, southern gothic mystery has landed three Golden Globe nominations and three Critic's Choice nominations. With more awards season love rolling in, those who missed it the first time will probably want to check it out. Here's how to stream Sharp Objects in time to know what the fuss is about.

For those viewers who have seen the series already and just want to rewatch, no warnings are needed, since you know what you're in for. But for those checking the series out for the first time, a word of caution. This show is intense, and some of the scenes are downright disturbing.

The plot centers around the murders of two young girls in the small town of Wind Gap, and Camille (Amy Adams) has been sent by her big city paper back home to write a human interest story about it. What Camille finds when she returns to her hometown explains why she left in the first place, and what she has been struggling to forget for all these years.

As for how to stream it, the most sensible option for those who have HBO is to use the on-demand service, HBO Go, which has all eight episodes available. Similarly, if you have an HBO Now account, which is HBO without having cable, it too is streaming the entire miniseries. And of course, if you have HBO via your cable provider, it is located in the on-demand section on your TV.

HBO Now is also available via Amazon as an add-on app. So even though Amazon Prime doesn't have the episodes, one can still watch this way. The same is true over at Hulu, where adding HBO to your regular account is priced at a discount.

The DVD and Blu-ray both came out on Nov. 29, 2018, so this means the series is available as a Digital HD rental from many outlets, including Amazon. Also on the list as ways to rent the series: Google Play, Vudu, and YouTube.

For those wondering if they are committing to a years-long series by checking out Sharp Objects, don't worry. By all accounts, there will not be a Season 2. Now, some might be suspicious, since Big Little Lies said the same thing, and Season 2 is currently scheduled to arrive sometime in 2019. But scriptwriter Marti Noxon has been adamant there will not be a second season.

We’re not talking about a Season 2. This is it, so bask in it while you can.

With so many different ways to stream Sharp Objects, basking should be easy for anyone who wants to watch ahead of awards season. The Golden Globes air on Sunday, Jan. 6, 2019 on NBC at 8 p.m. ET.

More like this
Here's How To Stream Scott Patterson's 'Gilmore Girls' Podcast, 'I Am All In'
By Abby Monteil
Will There Be A 'Cruel Summer' Season 2? Here's What We Know
By Rachel Varina
When Will 'Grey's Anatomy' Season 17 Be On Netflix? Here's What To Expect
By Ani Bundel
Stay up to date