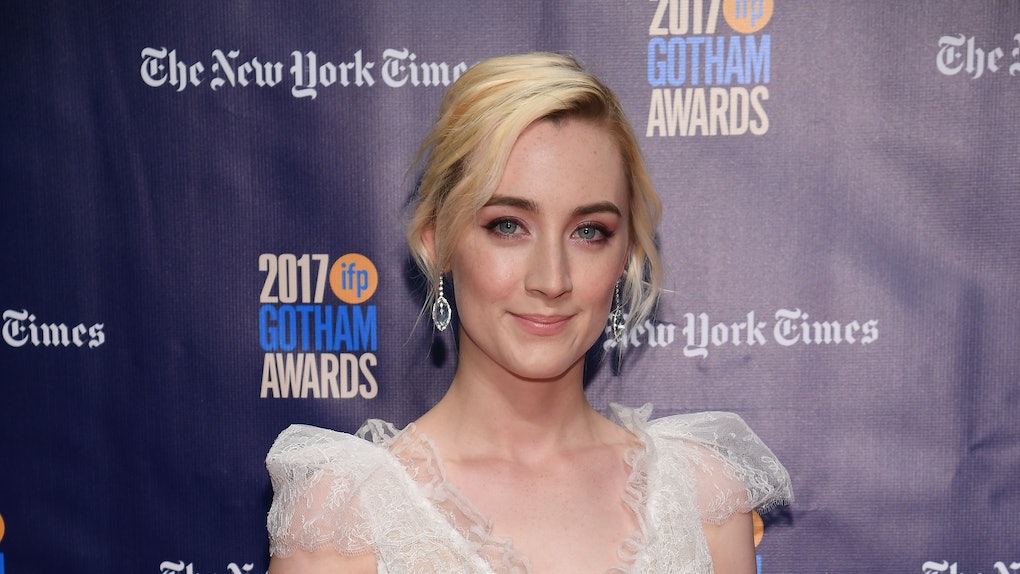 Here's How To Pronounce Saoirse Ronan's Name, In Case You Were Wondering

Whether you know her as Jo March from Little Women or the titular Lady Bird from Greta Gerwig’s coming-of-age classic, you know Saoirse Ronan’s name. But despite being fully aware of the Academy Award-nominated actor and all the films she’s been a part of, there’s a fairly high chance you’re still not 100% certain exactly how to pronounce Saoirse Ronan’s name. Don’t worry, though, help has arrived.

Ronan has been acting since 2003 (she made her debut when she was 9 years old, in the Irish medical drama The Clinic). She became well-known within Hollywood in her early teen years, acting in films including The Lovely Bones, The Grand Budapest Hotel, and Brooklyn. But it was her starring role in 2017’s Lady Bird that made her a (pardon the pun) household name.

Obviously, Saoirse is a unique name, one that fans and fellow celebrities alike have had a hard time getting right. In a 2016 interview with Ellen DeGeneres, Ronan explained her first name translates to “freedom” in English. “It’s an important meaning anywhere, but especially in Ireland. It kind of holds a real importance for us,” she told the talk-show host. Of course, this conversation only took place after DeGeneres played a clip of Dennis Quaid hilariously butchering Ronan’s name during the 2015 Golden Globe nomination ceremony. It’s no “Adele Dazeem,” but Quaid pronouncing the actress' name as "Shee-shah" is still pretty rough.

Just so everyone is clear, the correction pronunciation of "Saoirse" is "Sur-sha" — it rhymes with "inertia." (For what it’s worth, other people named Saoirse pronounce it “Seer-sha,” but the Saoirse in question does not.) DeGeneres even made Ronan a handy sign with this phonetic spelling to wear at future award shows, which would be especially helpful for the likes of Quaid and John Travolta.

As Ronan has become more popular over the years, more and more people are getting the hang of pronouncing her name. In fact, the name Saoirse itself has even grown in popularity in the U.S. since Ronan became famous. According to the baby-name website Nameberry, the use of the name in the U.S. doubled from 2015 to 2016, and Saoirse earned a spot on the website’s list of the top 1,000 baby names for the U.S. in 2018.

Based on her recent filmography, Ronan’s star is only going to continue rising. It’s a good thing you now know exactly how to pronounce her name, because it’s going to come up a lot.

This article was originally published on Dec. 7, 2017

More like this
‘My Policeman’: Release Date, Cast, Trailer, Plot, & More Info
By Abby Monteil
Who Will Play The Fantastic Four For Marvel? Twitter Has So Many Ideas
By Dylan Kickham
Selena Gomez's Horror Movie 'Spiral' Will Be A Dark Look At Social Media
By Cianna Garrison
Stay up to date