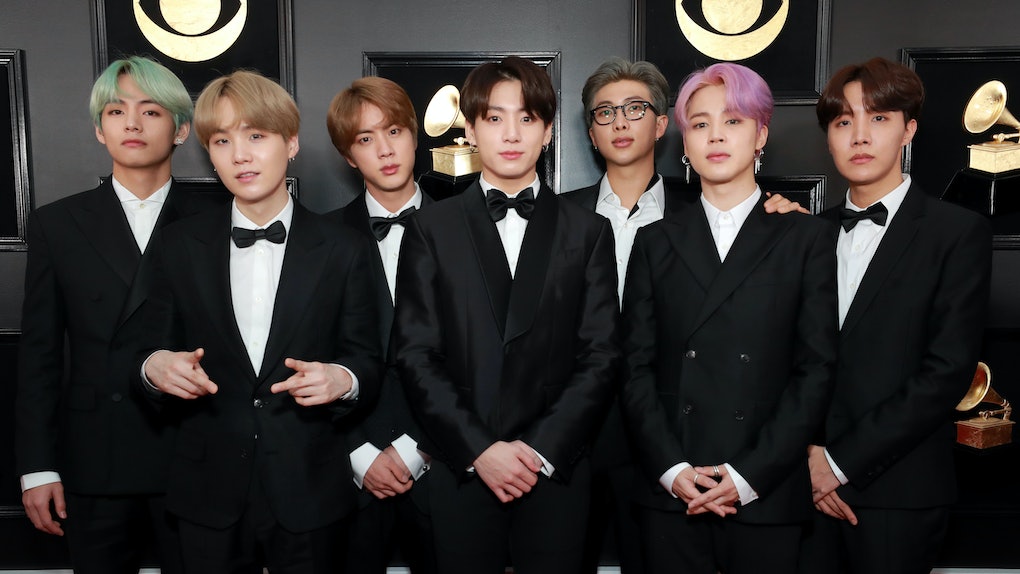 Here's How To Pre-Order BTS' 'Map Of The Soul: Persona' Album In The U.S. So It Charts

It's a big day, BTS fans! I'm sure I don't have to tell any of the BTS ARMY, but the group's newest album, Map Of The Soul: Persona, is dropping worldwide on April 12. That's exactly one month away from today, and lucky for fans, the album's pre-order is now available. And if you're concerned about how to pre-order BTS' Map Of The Soul: Persona album in the United States so it counts toward the boys' ranking on the Billboard 200, we've got you covered.

With so many different international sources to purchase Map of the Soul: Persona, it can be confusing to find the correct pre-order link that counts toward the U.S.-based Billboard 200. That's a big concern for a lot of the group's U.S. fans, who want to support BTS as the group works to build its increasing popularity and success in the U.S. music scene.

There are ways to ensure you're purchasing the album from a source that will count toward BTS' U.S. sales, so don't panic. We've got you covered.

In a tweet posted to BTS' official BigHit Twitter account, the group shared that U.S. fans can pre-order the Map Of The Soul: Persona album on BigHit's official pre-order website at persona.usa.ibighit.com. If you're worried whether or not the sales count toward U.S. sales, you don't have to be. Not only is the pre-order form on BigHit's official website (and it totes knows what it's doing), but you'll notice the footer of the website says "©2019 Sony The Orchard." The Orchard is a distribution company owned by Sony, which indicates the company will handle Map of the Soul: Persona's distribution in the United States. Basically, we good. BigHit even updated their site to clarify that "all US sales will count towards the USA SoundScan and Billboard charts, as well as the Korean Gaon charts."

If you can't afford to purchase Map of the Soul: Persona, you can still contribute to its debut sales numbers. There has been a positive change in how Billboard measures a song's/album's success in the last year. According to a May 2018 Billboard report, Billboard now takes streaming service numbers into consideration when calculating music's chart position. When it comes to music subscription services like Apple Music and Spotify, Billboard now counts streams as points when the chart rankings are being determined.

This is all to say that if you can't afford to pre-order Map Of The Soul: Persona today or buy it when it comes out on April 12, don't worry! Streaming the album when it comes out will still count toward its success on the U.S. charts, too. So just make sure you put that baby on loop!

Now it's time to get excited!

More like this
TXT's 'The Chaos Chapter: FREEZE': Release Date, Tracklist, Music Videos & More Details
By Michele Mendez
Will BTS' Performance At The 2021 BBMAs Be Virtual Or Live? Here Are The Odds
By Noelle Devoe
BTS' Group Teaser Photo For "Butter" Is So Smooth
By Abby Monteil
Stay up to date