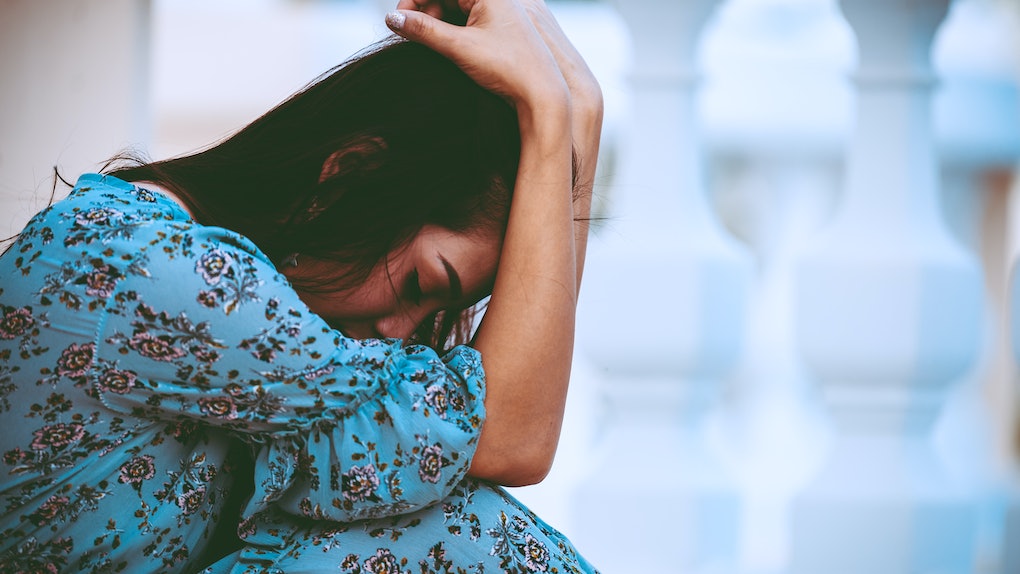 Being dumped always blows, but being dumped when you thought the relationship was going swimmingly is even worse. If you've found yourself in this position and you're wondering how to get closure after you've been dumped for no reason, fret no more. In a recent Reddit AskWomen thread, ladies discussed how they were able to move on from relationships after they were dumped for no clear reason.

I mean, before we get into this, let me make one thing abundantly clear: It's OK to be upset if you were dumped with no explanation. Yes, there are ways to move on, but I'm in no way trying to discount the fact that what you're going through is legitimately difficult. As someone who's been there firsthand, I know that it's almost impossible not to sit there over-analyzing everything you could have possibly done to make things take a turn for the worse. That's a natural reaction to have.

That being said, if you're over feeling sorry for yourself and you know that you're never going to get the closure you're looking for from the person who dumped you, it could be worth your while to look into the advice of these women. You don't necessarily have to follow their advice step by step, but take their words of wisdom to heart. They've been there.

Remember: You Deserve Someone Who Wants To Be With You.

You don't. You just keep on going and doing your best, until one day it doesn't even phase you anymore. Life keeps moving on and it is very rarely we get satisfying endings.

You Can Move On Without Closure.

by remembering that it doesn't matter. Nothing that he could say would stop the questions I had, if he had reasons I could fix he wasn't interested in me fixing them, and if they were things I couldn't "fix" or fundamental incompatibility then I can't fix it and, again, he isn't interested in repair. None of it matters. He didn't want to be with me and that's enough. What is knowing why going to do?

There's Someone Better Out There.

By realizing that we both found people better for us than each other. His wife gives him something I could never be for him. Likewise my fiance is the type of person that I've always needed in my life. I'm glad we found our people.

Don't Let Your Ex Sit On A Pedestal.

Over time, as I began to grow as a person and develop more self respect, I began to see all the ways this person had disrespected me and hadn't treated me the way I deserved. This made it so I didn't care anymore what his reasoning was for leaving because I no longer saw myself as not being good enough for him. I saw him as not being good enough for me. Good riddance. It did take a lot of time.

I realized that the need for closure was all in my head. It wouldn’t change anything to know exactly what happened. It was just something for me to hold on to so that I could have an excuse not to let go. Sometimes relationships just don’t work out.

Your Ex Doesn't Owe You Closure.

The more time goes on, the more you (should) realize that that person wasn't worth it. If they gave you no closure it's because they're a coward and you're better off without them. You have to realize that you aren't guaranteed or promised closure and in the end it may make things worse. The best thing to do in that situation is count your blessings and keep your chin up.

I was upset about if for a month or so, was very confused, and eventually ya know day by day I thought about it less

It's perfectly fine to be upset that you were dumped for no reason. It's only human to crave closure and being denied it can be incredibly difficult. But with due time you will be able to persevere.