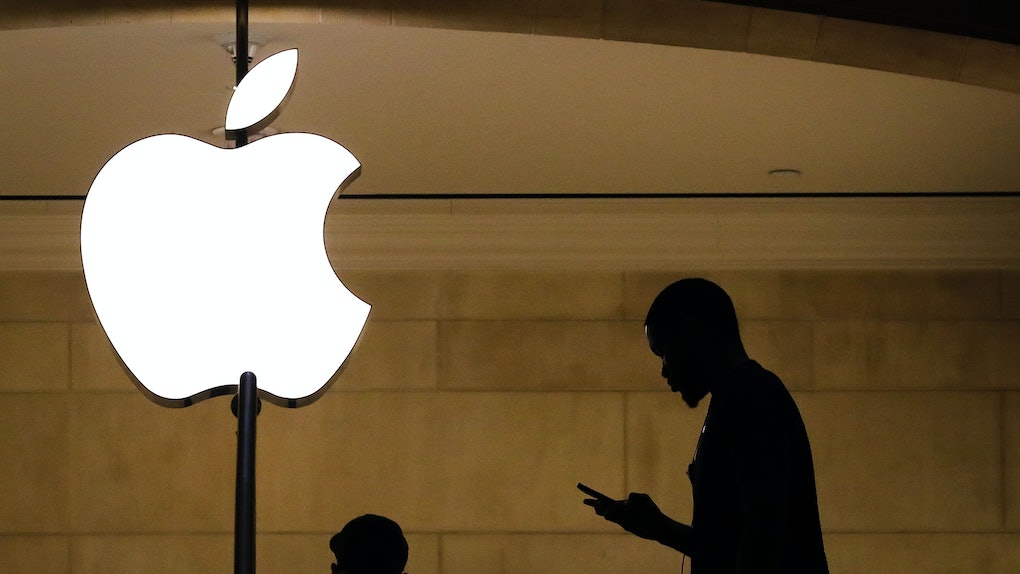 Software updates are a generally helpful process that can help your phone run better, faster, and stronger. But what happens when you install the latest operating system and things don't go as planned? It's not an ideal situation — nor one you can typically anticipate prior to downloading the update (though, it does happen from time to time). Some Apple users are reporting problems with the iOS 12.1.4 update that was released on Feb. 7. If that's happening to you or someone you know, here's how to fix Apple's iOS 12.1.4 reported bug to help prevent disruptions to your data network.

Earlier this week, iPhone and iPad users began reporting connectivity problems after installing iOS 12.1.4. Elite Daily previously reached out to Apple for comment on the reported issues but did not hear back at the time of publication. It's important to note that not all users are having issues, but according to Twitter, some people are having trouble. So, what's going on? After running the latest firmware update, some users report that they are unable to connect to any sort of data. This isn't just limited to regular cell service. Some Apple customers are also having issues connecting their devices to Wi-Fi and LTE. It is not clear what is causing the issue for users. Nonetheless, it is an incredibly frustrating feeling when you can't connect to your data network — Wi-Fi or cellular.

Apple is offering a couple of ways to troubleshoot the issue. My editor Collette Reitz reached out to @AppleSupport on Twitter for help with the connectivity problem on Wednesday, Feb. 13. After installing the update on her phone, Collette reports that her iPhone was automatically disconnecting her phone from Wi-Fi, although there's no way to know for certain it was caused by the update. To try and fix the issue, Apple recommends turning your device's cellular service off and on. This can be done by navigating to the Settings folder. From there, click the Cellular tab. At the very top of the page is a button to turn LTE on and off. When the button is green, this means your phone is connected (or trying to connect) to the LTE network. Tap the button so that it appears white. This turns off LTE. Now, try testing the Wi-Fi issue.

If you try this and are still having trouble connecting to Wi-Fi, Apple suggested an additional way to fix the connectivity problem by resetting the network settings on your iPhone. This may also work if you are having trouble connecting to cellular data. To do this, go to Settings > General > Reset. At the bottom of the Reset page, you will see an option to Reset Network Settings. Be forewarned that this will rest your Wi-Fi passwords, VPN, and APN settings. I know that sounds like a pain but it's worth trying to fix your device's connectivity issue.

Not able to connect to your carrier network or make any calls? There are a few things you can try, per Apple:

These suggestions may not fix the reported software issue. (Bummer.) If that's the case, make an appointment at the Apple Store. A Genius Bar employee should be able to help you resolve the data connectivity issue in no time.