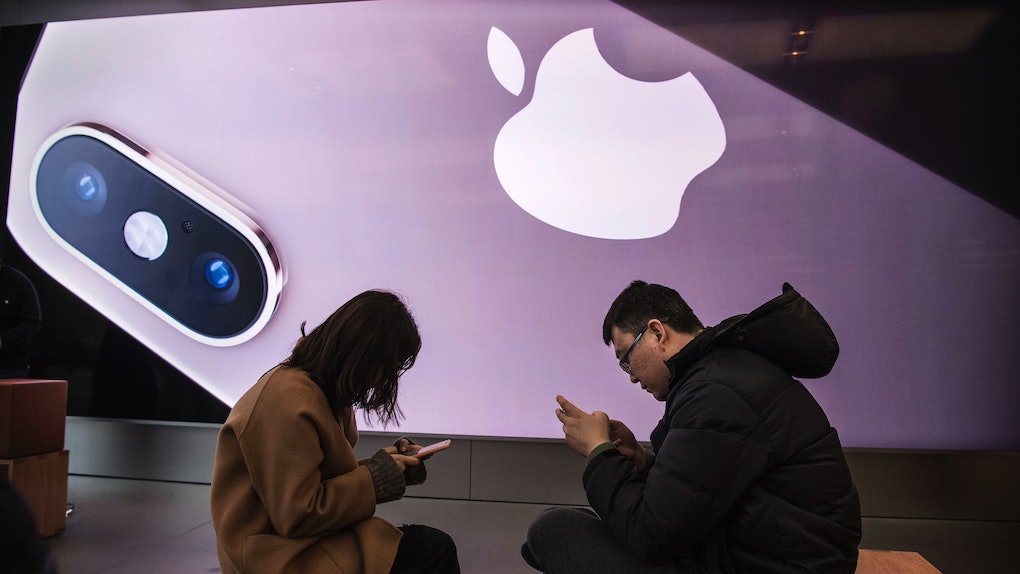 Apple's iOS 12.1.4 Update Reportedly Has A Problem That May Disrupt Your Data Connection

Gotta be honest, I always look forward to software updates on my iPhone. Along with just an overall better working phone, there are usually some fun updates like new emojis, improvements to Maps, and more organized notification alerts. I usually set the latest software update to download and install overnight, but I haven't done that this time around — and I might not. Apple's iOS 12.1.4 update might have a problem that can interfere with your ability to use cellular or Wi-Fi data. Here's what's going on.

Some users on social media have apparently been experiencing major connectivity problems after the latest software release for iPhones and iPads, according to Forbes. Users tweeted that following the update, they were unable to connect to cellular data or even their own Wi-Fi, with some saying that their phones showed "No Service" no matter how they tried to troubleshoot. Elite Daily reached out to representatives of Apple for comment on the reported software issue but did not hear back at the time of publication.

Many Apple device owners took to Twitter to share a few of the issues they are having with the most recent software amendment, because if true, the situation is, uh, obviously is not ideal.

Ironically, Apple released iOS 12.1.4 to help fix a major security flaw in Group FaceTime calls, which allowed users to see and hear people they were calling before the person on the other end even answered the phone. The glitch worked by adding a caller to the Group FaceTime chat multiple times, and Apple quickly put a pause on Group FaceTime while they fixed the glitch. Per Apple, iOS 12.1.4 "provides important security updates and is recommended for all users," and was meant to fix the Group FaceTime issue. Although that seems to be gone (for now), the connectivity issue is reportedly becoming a problem for some users.

I don't personally know what the reasoning is as to why some iPhone and iPad users are experiencing this technical glitch while others are not. It's kind of a catch-22 situation. You can run the iOS 12.1.4 update to remove the creepy Group FaceTime error, but you might run the risk of possibly losing connectivity on your iPhone or iPad. If you're having issues, contact Apple's support team for help.

In the meantime, you can at least check what version of the software you're running. To view the most recent software update, open up the Settings folder on your iPad or iPhone. Click on General and then Software Update. At the bottom of the Software Updates screen, you will see an option to turn automatic updates on or off. If automatic updates are turned on, new software updates will be automatically downloaded to your iPhone. Apple will send you a notification before the updates are installed, and you must be connected to Wi-Fi and have your device plugged into a charger for the software to install itself.

Honestly, I'm going to play it safe. I know the Group FaceTime flaw is not ideal, but potentially putting my phone's connectivity capabilities in jeopardy seems like more of a concern to me. You know, just in case.

More like this
Can You Blur Your Zoom Background On Your Phone? Here's The Deal With This Clutch Feature
By Lara Walsh
Here's How To Use The "Hey Spotify" Voice Command For The App & Listen Hands-Free
By Lara Walsh
These TikTok "Pass The Phone" Challenge Ideas Will Hilariously Roast Your BFFs
By Daffany Chan
Stay up to date