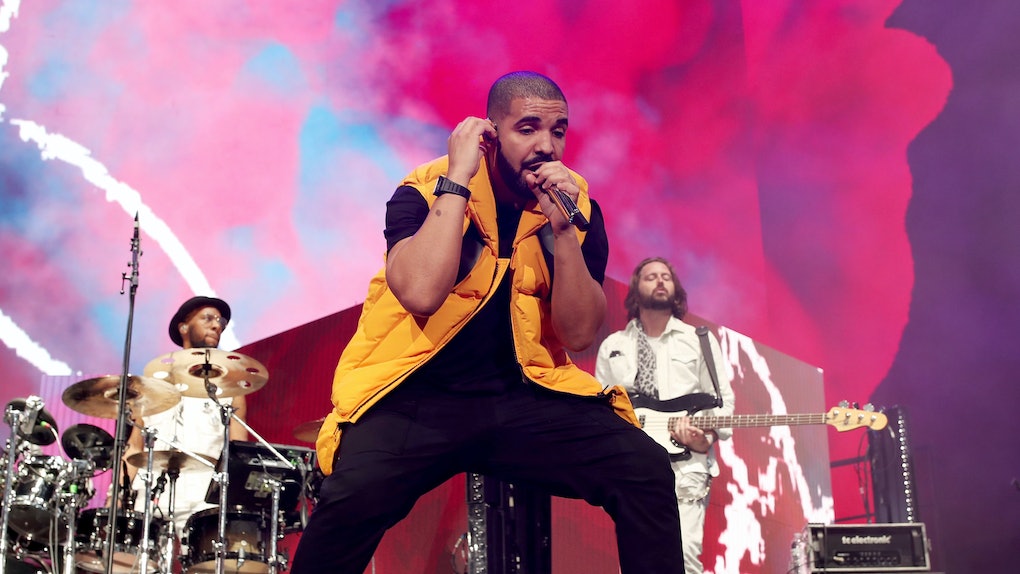 While we may never know whether Kiki loves him or not, there's no doubt that everyone else is down for Drake and his latest Scorpion single, "In My Feelings." So much so that the new track has ignited a viral dance challenge. So yep, start warming up your best moves, the next internet sensation is upon us. Inspired by Instagram star @TheShiggyShow - who kicked off the movement June 30 with his #DoTheShiggy lyric-inspired interpretive dance - celebs have hit social media for a personal take on the anthem. Even Drake himself took part. On Wednesday, Shiggy followed up his original post with a video of the Scorpion rapper attempting the challenge. "Nah @champagnepapi hit that #DoTheShiggy on stage," he wrote. "We forever lit man." From Shay Mitchell to Will Smith, the best celebrity "In My Feelings" challenge videos are making waves on the web, and we just "gotta be real with it, yup."

While absolutely no one wants to see me miming (in dance form) along to the lyrics - I'm definitely more of a Ryan Seacrest than a Ciara - the growing list of celebrity participants is truly everything.

TBH, Russell Wilson should probably stick to football. Ciara and her man joined a number of fellow A-listers by killing it with her "In My Feelings" moves, as her hubby did his best to keep up. Taking to Instagram to join in on the fun, she captioned the post, "When you and Bae #DoTheShiggy On Top of Cape Town on ur #Honeymoon. @DangeRussWilson#InMyFeelingsChallenge." Despite marrying two years earlier, these two are definitely still in rhythm.

And Ciara thought she was clever with her South African-set video. Will Smith hit the streets (and topped a bridge) in Budapest for his impressive shot at the Shiggy, and it was equal parts amazing and scary. "I’ma Keep It 💯... I was TERRIFIED up there," he laughed on IG. "That’s why my dance moves is all STIFF! Haha."

It seems like the internet has spoken: Smith is the reigning #InMyFeelingsChallenge king. His son, Jaden, commented "You killed this. I'm done dad." While, Ciara added, "You are legend," and Justin Timberlake, "FTW!" So, who's going to dethrone him? I'm waiting.

What better way to celebrate the fourth than by doing the Shiggy? Giants wide receiver Odell Beckham Jr. wished fans a happy holiday by posting his #InMyFeelings dance on Instagram. "This how I’m Pullin up to the bop-bop-barbecues all day!" he joked. "@theshiggyshow Everybody get crazy wit it and hashtag #DoTheShiggy legggoo." OBJ said it, and the people listened.

Pretty Little Liars alum Shay Mitchell took the "Are you riding?" lyrics pretty literally when she hopped out of a moving car to perform her own twist of the "In My Feelings" challenge with fellow actor King Bach. While sporting a Scorpion jacket (Drake merch gives her an added edge), Mitchell took her turn with the Shiggy while an unidentified cameraman videoed the whole hilarious scene from the car. "PS. I’d be lying if I said footage of us practicing to a YouTube tutorial of the dance in his bathroom didn’t exist..." she added.

The men of Netflix original Queer Eye can do no wrong. Seriously. And their adorable #DoTheShiggy 'gram is just further proof. Alongside Antoni Porowski, Tan France, Bobby Berk, and Jonathan Van Ness, Karamo Brown (AKA culture expert) uploaded a video of the #DoTheShiggy squad on Thursdsay. "Did @champagnepapi just say 'KB do you love me...' the answer is yes homie I do!" he captioned. In the words of the great JVN, yess henny.

P.S. they just got renewed for a third season, and I'm not crying, you're crying.

This Is Us stars Sterling K. Brown and Susan Kelechi Watson (aka Beth and Randall! Mom and dad!) took a break from making us ugly cry on their NBC hit series for a little Drake-inspired breakdown. While on set, the duo hopped off a golf cart for their routine, and now all I can think is goals, goals, goals.

I'm so in my feelings. Pun intended, but seriously. Time to spend my weekend refreshing Instagram for more #DoTheShiggy content.