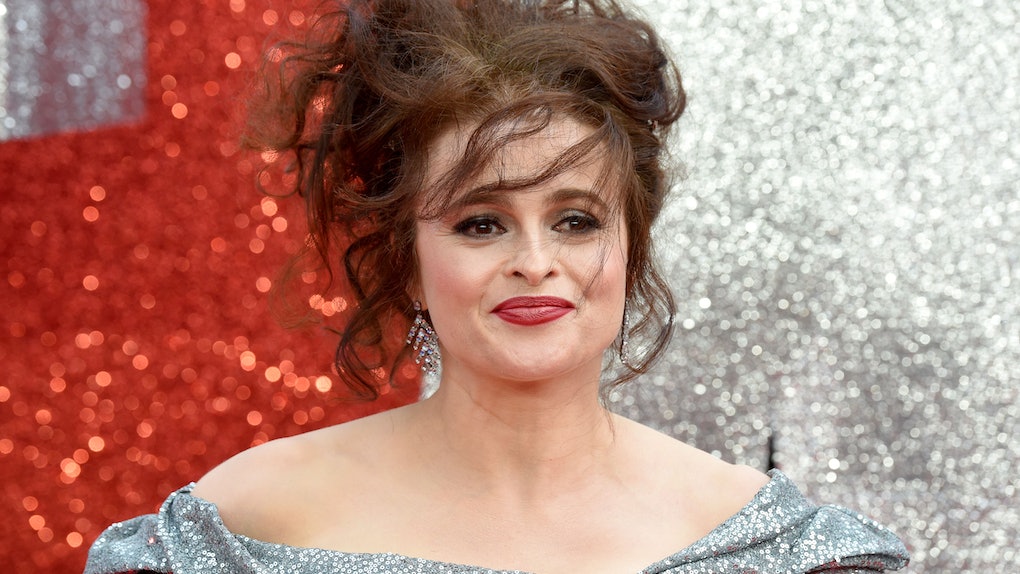 Asking someone to be your child's godparent must be something like a marriage proposal. You think deeply about finding the right person. You craft the perfect way to ask them. And after enough time and planning, you look into their eyes and pop the question. Except of course, when Helena Bonham Carter asked Prince William to be her child's godfather, apparently while drunk.

While Bonham Carter isn't actually royal, she's gotten pretty good at playing the part. Gracing the screen as Princess Margaret (Prince William's IRL great-aunt) in Season 3 of The Crown, Bonham Carter is a queen in her own right.

On Nov. 26 2019, the Crown actress recounted the tale on Watch What Happens Live. "I wasn't that drunk, but enough drunk for me not to drink any more," Bonham Carter said to Andy Cohen. "[Prince William] wasn't totally sober himself — not in a bad way, it was just very jolly."

As Bonham Carter shared, she had already asked all of her friends to be godparents for her first child, Billy. (If you were wondering, Billy has 11 godparents. 11.) According to Bonham Carter, when her second child, Nell, "suddenly came along" the actress worried there was no one left to be a godparent. "I thought, 'Well, if I give her Prince William, that would cover,' you know?" Bonham Carter said.

While most people would have jumped at the chance to get closer to the actress, his Royal Highness apparently wasn't into it. "He just said, 'You don't want me to be godfather to your child,'" Bonham Carter said. "And I left. I mean obviously, it didn't work out."

Taking the L like a true champ, Bonham Carter laughed about the entire encounter with Cohen on Watch What Happens Live, and even continued on to give some words of encouragement about dealing with the paparazzi to her Highness Meghan Markle.

"I don’t pay attention to [negative press], and I wish she wouldn’t have to. All I’d say to her is, as soon as you become well known and in the public, it’s a domain you have to kind of accept," Bonham Carter said. "The most important or useful thing that someone told me, is [don’t be] putting your self-esteem in the hands of strangers."

More like this
This TikTok Theory About Eric From 'Boy Meets World' Will Blow Your Mind
By Rachel Varina
Kathryn Hahn Hopes To Explore Agatha's Backstory In Future Marvel Projects — EXCLUSIVE
By Dylan Kickham
Kyla-Drew On 'Dad Stop Embarrassing Me!', College Life, & Michelle Obama
By Dylan Kickham
Stay up to date