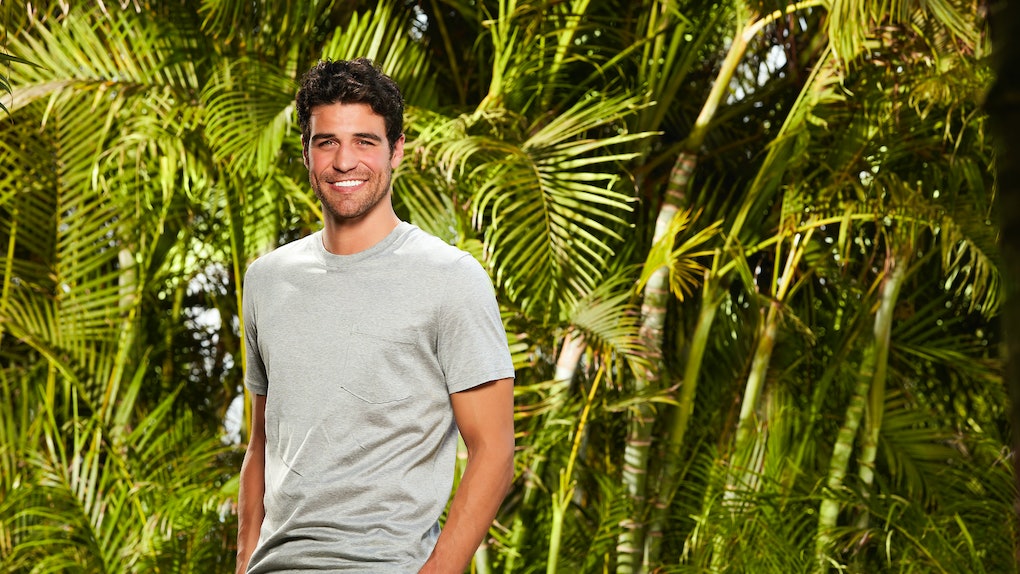 Grocery Store Joe Will Be On 'Dancing With The Stars,' So Set Your DVRs ASAP

Even casual Dancing With the Stars fans are aware that The Bachelor franchise grooms future contestants for the celebrity competition series. It's basically down to a formula at this point: If you star on The Bachelor or Bachelorette it seems likely you'll get offered a spot vying for the mirror ball trophy. One recent Bachelor in Paradise alum may not have been the show's leading man, but he did become a fan favorite overnight on The Bachelorette. So, what's Joe Amabile doing next? Grocery Store Joe will be on Dancing With the Stars, so get ready to see him cha-cha back into America's heart.

Bachelor Nation was about to go through Joe withdrawls, so this DWTS news couldn't come fast enough. Joe has been a one-to-watch ever since his adorable produce-centric into on Becca's season of The Bachelorette earlier this year. While she didn't pick him to move forward, ABC took notice of the frenzy surrounding his appeal. Joe was one of the first people confirmed to appear on Season 5 of BIP, much to the delight of viewers who felt he deserved more airtime following his early exit. Now they'll get the chance to watch him on TV again, except this time he'll be samba-ing in a glitzy costume. Or is he more of a foxtrot guy? It doesn't matter. Go Joe!

Joe joins a sizable list of familiar Bachelor faces who danced their hearts out on DWTS. Trista Sutter, Melissa Rycroft, Jake Pavelka, Sean Lowe, Chris Soules, and Nick Viall all put on their boogie shoes for the hit series. Rycroft even ended up winning the "All-Star" 15th season alongside Tony Dovolani. Chris and Sean respectively had good showings during their stints, both lasting until week 8.

Lowe's since admitted he would pass on the series again if given the chance.

"I was rehearsing 10 or 12 hours a day, so my new fiancée [Catherine, now his wife] was basically just on her own," he told ET. "Which was really unfair to her, but being able to work through that and the challenges that you face because we barely knew each other when we got engaged."

Sean may be out, but one guy who might have been open to appearing on DWTS? Bachelorette Becca's runner-up Blake Horstmann.

"I do love to dance," Blake told reporters in August, according to TV Guide. "But I'm not that good of a dancer, I don't know if I can be on Dancing with the Stars. But I mean, both would be incredible."

Maybe Blake will join Joe? For now, It looks like at least one of them are getting their rumba on.

“I can’t dance," he admitted to Chris Harrison on Tuesday's BIP reunion show. BIP love interest Kendall, who he's now dating (yay!) added that once he gets a few drinks in him he's got some moves. Good to know?

The full cast of Dancing With the Stars Season 27 will be announced on Good Morning America Wednesday, Sept. 12.