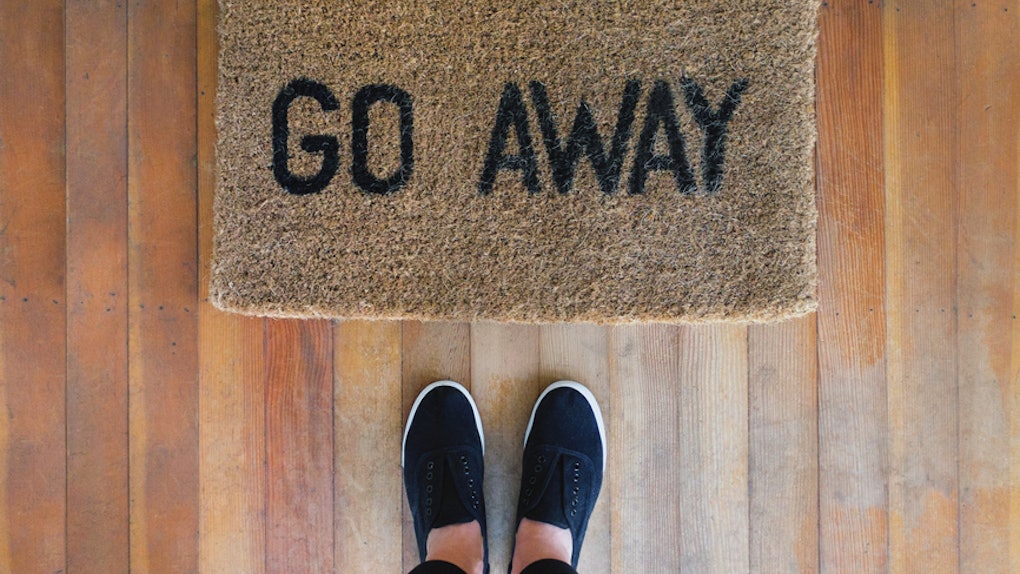 Dating in 2017 can be a rough road to navigate. With all the apps, dating websites, and swiping right (or more likely, left), it can begin to feel like a fruitless endeavor. That must be why one guy decided to take his quest for a companion to Twitter by sliding into the DMs (Direct Messages). If you're thinking that sounds like it might be a good idea, you might want to hold off on copying him until you see how it turned out. You see, this girl's response to a guy's Twitter DM is so savage that you might feel more comfortable sticking to with Tinder.

According to BuzzFeed, Nicholas Pallone (who goes by @Nick_Pallone on Twitter) is a 19-year-old college student from Georgia. Pallone has become quite accustomed to shelling out cheesy pick-up lines in Twitter DMs. Thus far, it hasn't resulted in a date for him, but he definitely gave it his best (and corniest) shot. Previous to his most recent DM conversation with a girl on Twitter, the reactions of girls tended to be pretty benign — a simple "WTF' or laughing it off. There was a block or two, but that was the worst of it.

Enter the girl whom Pallone direct-messaged on Tuesday night, Nov. 7. Apparently, Pallone had heard this pick-up line on television show, and he thought it would be his ticket to a date.

So, he asked her to settle a debate, and she agreed. Then, he said, "OK so my friend SWEARS there are 23 letters in the alphabet but I'm almost [sic] there are only 21. So how many are there???"

OK, get ready for the cheese, because here comes the pick-up line. He responded:

Get it? "You are a cutie." Done gagging? I promise that I subjected you to this for good reason. Now, get ready for the reason you're still reading this. Here comes the savage AF burn that he'll need a lifetime supply of aloe to properly soothe. She didn't miss a beat, and she immediately shot back with:

Your friend was closer... he only forgot B Y and E.

Seriously, I never knew that three letters could inflict so much pain. Sadly, we don't have the name of this quippy, concise burn expert, but her words (err, word) are enough to know that she deserves our praise, and will forever be enshrined in the comeback hall of fame.

Of course, after the encounter, Pallone decided that it might be time to take a break from the DM pick-up line game. He posted screenshots of the conversation to his Twitter not long after the shut-down, and he captioned it with, "0 for 38 sliding into DMs in my Twitter career. Officially retiring. The nail in the coffin.”

Here is the infamous conversation in DM form.

It stings just as bad the second time you read it. Naturally, Twitter was all over this. The replies were nothing but kudos to the girl and condolences (and agreement with his DM retirement) for Pallone.

The shock probably won't wear off for awhile.

Perhaps, she was channeling the great Lisa Simpson.

There was a consensus that now is as good a time as any to hop out of the DMs with cheesy pick-up lines.

Yes, he definitely missed his shot.

Obviously, this isn’t the first time that a guy’s tried to pick up a girl with a corny line, and it’s definitely not the first time the would-be suitor has been expertly shut down. Now that the evidence of this savage burn has been broadcast all over Twitter, maybe there’s a chance that cheesy pick-up lines will become a thing of the past. Just imagine a world where you never have to hear “What’s your sign?” ever again.