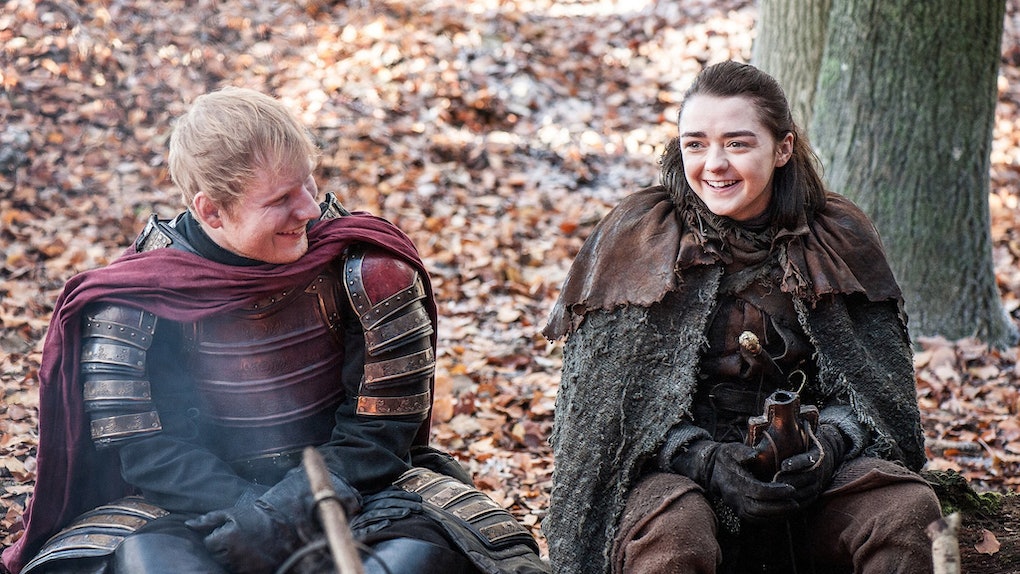 The Grammy nominations are here! This is the opening salvo to the period known as "Awards Season," a cluster of events that begin in January and run through to the beginning of March where all of the major art forms (Movies, Television, Music) are given the some of the most prestigious of statues, including the Golden Globes, the Oscars, the SAGs and the Grammys. (Only the Tonys and Emmys are out of season, due to their season not aligning with the calendar year.) For the first time, Game Of Thrones has scored a Grammy nomination.

Game of Thrones has been highly decorated everywhere else they are eligible, taking home Globes, SAGS, and Emmys galore. But despite the theme song to the series being iconic, and the Season 6 finale piano track "Light of the Seven" being a monumental achievement for the series, and helping spawn the Game of Thrones Experience Live Show, somehow composer Ramin Djawadi has never been nominated.

Finally, the Grammys have fixed this running oversight. Djawadi has had the soundtrack for Game of Thrones Season 7 nominated in the "Best Score Soundtrack for Visual Media" category. If you've never heard of that category, don't be surprised. It's one of the dozens upon dozens that never make the live broadcast, and are instead given out during the untelevised portion of the night that occurs just before the broadcast.

This isn't Djawadi's first Grammy nomination, mind you. He's been nominated before, in 2009, for his work prior to Game of Thrones, when he scored the first Iron Man film.

That nomination should semi-explain why Game of Thrones hasn't been nominated before. The Grammy voting, both in nominations and in winners, is heavy biased towards the movie soundtrack side of the field. This is also evident in the competition the show is facing. Their fellow nominees are all films:

Despite the apparent bias against television as a soundtrack medium, Djawadi has gotten more ambitious to match the scale of the show itself, so it's nice to see the Grammys recognize that.

Speaking to Entertainment Weekly about the Season 7 soundtrack, especially the score for the big finale reveal of Jon Snow's heritage, he said:

The trick with this theme is that it really had to be a love theme but when we played it in earlier episodes, you don’t want to give away the love too soon. So it had to be a theme that could be a little bit mysterious, a little moody, and you could play it darker at times. I know everybody was expecting [them to get together] but we really had to be able to do this slowly. That was the most important thing for me.

The Grammys aren't the only one who have been snubbing the soundtrack to Game of Thrones, to be fair. The Emmys, which also relegate this category to their non-prime time portion of the event, have only awarded Djawadi for "Outstanding Music Composition" for Game of Thrones once, for the Season 4 episode “The Mountain and the Viper.” But he has earned other Emmy nominations for scores, including Westworld, Prison Break, and FlashForward.

Game of Thrones Season 7 will next be eligible for the Golden Globes in their television drama categories and for the SAGs (The Screen Actors Guild Awards.) Due to the Emmys schedule running June-June, Game of Thrones will not be nominated for this past season until next summer. We look forward to seeing how many awards this penultimate season takes home.

More like this
This 2021 'Game Of Thrones' Season 8 Trailer Is So Confusing... & So Good
By Ani Bundel
Taylor Swift's 'Fearless (Taylor's Version)' Lyric Changes Are Small, But Meaningful
By Michele Mendez
The 'Glee' Cast's Tribute To Naya Rivera At The 2021 GLAAD Media Awards Was So Moving
By Abby Monteil
Stay up to date