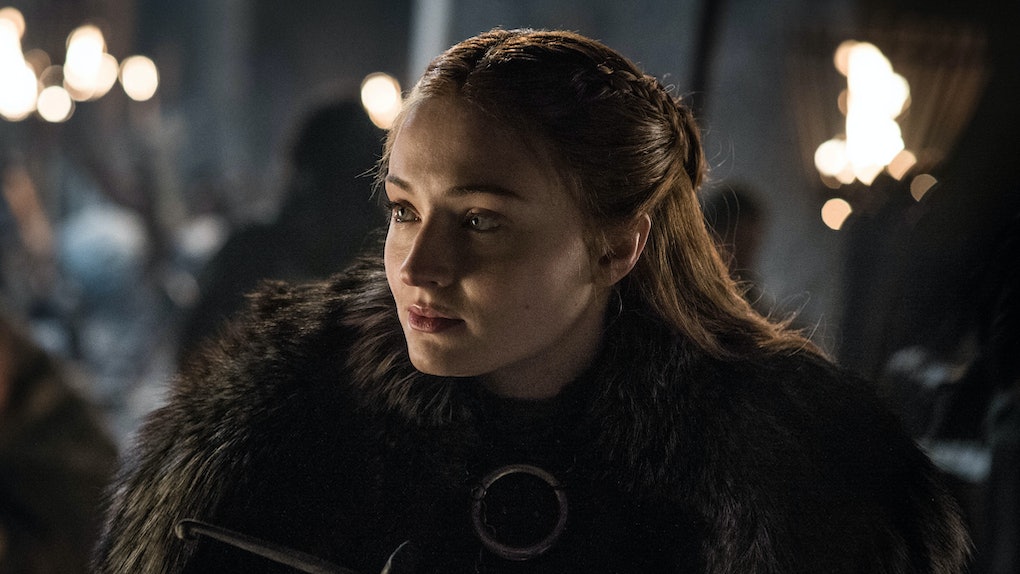 Game of Thrones is known for its music, but not its pop songs. For the first few seasons, everything was based on the music of Ramin Djawadi, and with the exception of the Red Wedding song, "The Rains of Castamere," very few had lyrics. But the last two seasons have seen the show pull out some of the songs Martin wrote words to in the books, including last season's Ed Sheeran song "Hands of Gold," and now "Jenny's Song." Florence and the Machine's "Jenny of Oldstones" from Game Of Thrones was a stunner, and even better, it's available for streaming and purchase. Warning: Spoilers for Game of Thrones Season 8 episode 2 follow.

The song, which in the novels is referred to as "Jenny's Song," is from the third book, A Storm of Swords. It's a song that Arya comes across on her travels with the Brotherhood without Banners before she escapes their clutches. One of the members, Tom of Sevenstreams, starts to sing it while the group is camped out at High Heart in the Riverlands, the ancient woman who lives there, known as "the Ghost of High Heart" requests it, and Arya thinks to herself the song sounds familiar, though she could say where she's heard it before.

She's pretty sure Sansa would know it and probably know all the words to boot.

But the song has a secondary message as well, one viewers might not be aware of. Jenny of Oldstones isn't just a woman wearing flowers in her hair and dancing with ghosts. She's a famous woods witch, who claimed to be the direct descendant of the First Men, in contact with the Children of the Forest. She also claimed to be a seer, who could tell fortunes.

Jenny of Oldstones didn't do badly in the marriage market either, landing Duncan Targaryen as her husband. The eldest son of Jaehaerys II Targaryen, Duncan would have inherited the throne, but his choice to marry Jenny angered his father so much he was disinherited. But though Jaehaerys may have hated his son's choice of mate, that doesn't mean she didn't bewitch him too. It was she who first spoke aloud the prophecy of "The Prince That Was Promised, " telling the King his other son, Aerys, who beget said prince, but only if he married Rhaella. Aerys and Rhaella were the parents of Daenerys, as well as her brother Rhaegar, father of Jon Snow.

Like the Ed Sheeran song last year, which was also pulled from A Storm of Swords, and likewise from a plotline that was streamlined down to fit the show's parameters, "Jenny of Oldstones" is not just sung on the show, but available for streaming. Notably, though Daniel Portman, who plays Podrick Payne, did an excellent job singing it, the series decided to have a professional pop star, Florence Welch, do the honors, even though on screen and in the books, the song is sung by men.

The song is currently streaming and downloadable via Florence and the Machine's website. It is available via Spotify, iTunes, Apple Music, Amazon Music, Amazon Prime, and YouTube.