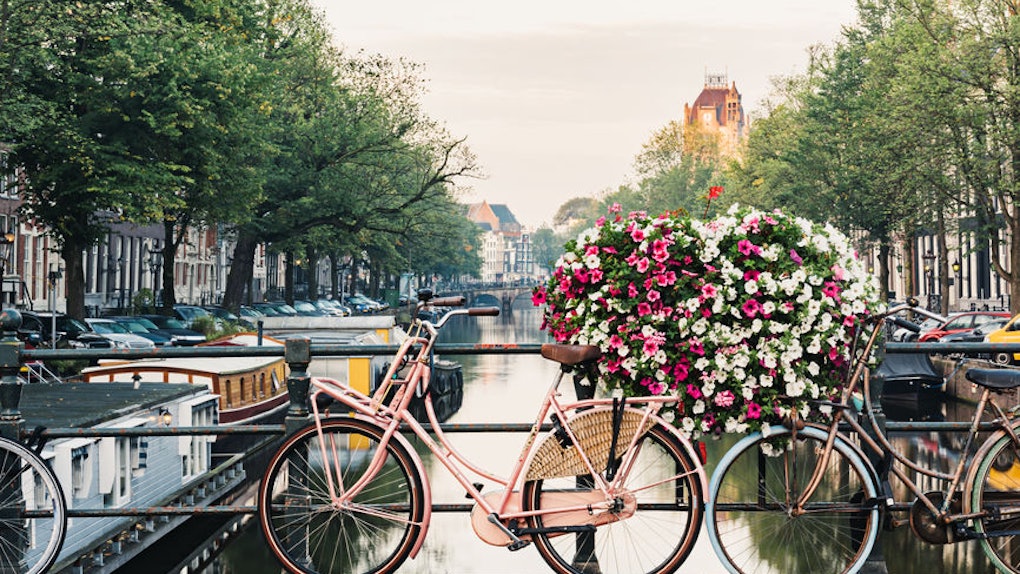 Flights To Europe Are Under $400 This Fall, So Start Packing

Although it's hard to accept that summer is flying by, I do love the amazing travel deals that accompany the changing seasons. Case in point: Flights to Europe are under $400 this fall, and you're not going to want to sleep on these savings. Whether you're grabbing a gelato in Rome or exploring Amsterdam via bicycle, you can plan on scoring major discounts on your flight across the pond. Just make sure to act fast, because deals like this aren't going to be around for long.

Forget the frenzy around Amazon Prime Day, because these airfare discounts are here to really make travelers feel like it's "Black Friday in July." According to Scott's Cheap Flights, a round trip ticket from an East Coast city to a handful of covetable European destinations can potentially set you back only $362, and yes, I'm serious. Per Condé Nast Traveler, major airlines like American, British Airways, Delta, Icelandair, Lufthansa, Swiss, and United are jumping on the summer sale bandwagon and gifting wanderlust seekers rock bottom prices on getaways to international hot spots like Amsterdam, Rome, Barcelona, and Madrid. Let's be real, your fall travel plans are about to be so lit.

If you've always wanted to see the Northern Lights, now's your chance to save big on round trip tickets to Scandinavian cities like Oslo and Stockholm. There's literally something for every kind of traveler, and this might be my favorite flight sale of the summer.

If this all sounds too good to be true, it is (well, kind of). As with all flight sales, there's some fine print to take into consideration. While checking through Google Flights, I noticed that these cheap fares are for the most part only available for travel between September 2018 through May 2019, aka not during the next few "peak" months. In my opinion, this is actually a great thing, because southern destinations like Rome, Barcelona, and Madrid can get unbearably hot from June to August. Plus, how are you supposed to enjoy your Rome-style pizza pie if you're constantly scouting out places that offer AC? Second of all, you'll beat the hordes of tourists, long lines, and inflated costs by visiting one of these cities during their off-season. It's a win-win.

While browsing through the flight deals, I did notice that the best deals are unsurprisingly from East Coast hubs, specifically Boston, New York City, Newark, and Washington D.C., so you're in luck if you happen to live in one of these cities. If not, hopping a short flight over might not be such a bad idea. The cheapest fare that I found on the website was a handful of $362 round-trip tickets from Boston to Amsterdam in September, October, and November, but I'd suggest heading to Google Flights or Skyscanner for more discounted destinations and dates. Unsurprisingly, it's much cheaper to fly out on a weekday than over the weekend. If you're pretty flexible on dates, simply select the calendar tool, and you'll see the best dates highlighted in green along with the round-trip fare.

In addition, it might be worth it to sign up at Scott's Cheap Flights to get alerts on great deals when they happen. The website highlights a past sale where it was only $260 round-trip to fly from New York City to Paris, France, so I'm sure there's a treasure trove of savings on there.

With flights this cheap on offer, you don't have a moment to lose if you want to start planning that fall or spring European getaway on the cheap. TBH, this is probably your last chance to score some airfare deals before the leaves turn, so take a look and get to booking your dream vacation. Meanwhile, I'll be over here packing my bags and crafting that perfect "OOO" email response.

More like this
What Is Boo Bash At Disney World? The Halloween Event Has Rides, Music, & Themed Treats
By Cianna Garrison
14 Hands Winery's Summer 2021 $50K "Find Your Wild" Sweepstakes Will Fund Your Adventures
By Daffany Chan
These Cinco De Mayo 2021 Deals Include Free Tacos, $1 Slurpees, & $5 Margs
By Daffany Chan
Stay up to date