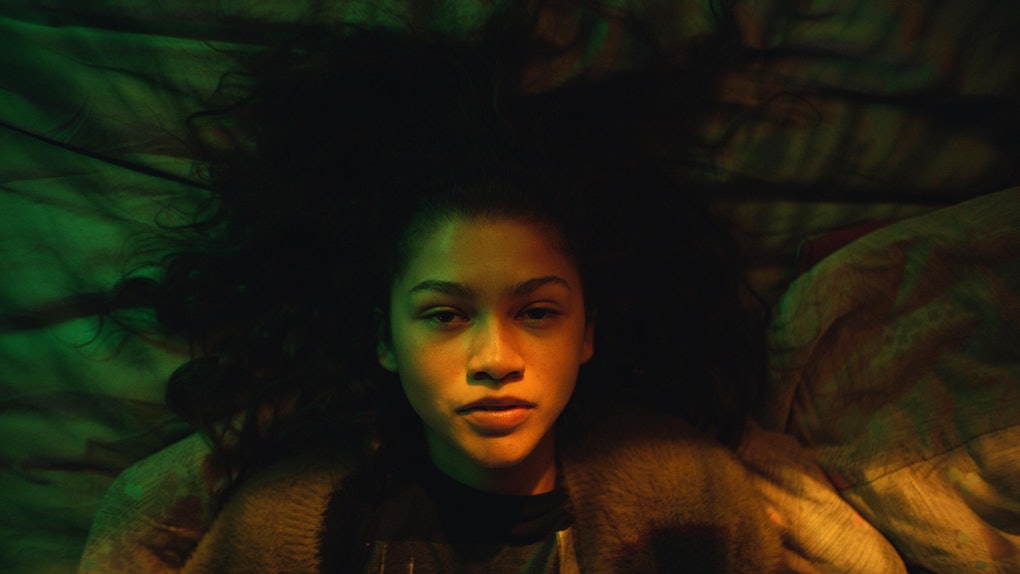 'Euphoria' Season 2 Is Officially Happening, So Get Ready For A Whole Lot More

Get ready for a whole lot more edgy teen angst coming your way. Euphoria Season 2 is officially happening, and Season 1 isn't even over yet. The series has proven to be an immense hit in the short time that it's been out, so it makes sense that HBO jumped to renew it. If you look anywhere on the internet, it's hard not to find people talking about Euphoria and its cast of young stars.

In case you haven't watched Euphoria yet (seriously, what have you been doing instead?), here's a quick plot summary: The series follows Rue (Zendaya), a teen girl who is surrounded by trauma from the moment she was born to her teenage years. In order to cope, she's turned to drugs. Euphoria follows her as she attempts recovery and deals with the dark side of adolescence. Zendaya is joined by a big cast of young stars, including Jacob Elordi, Sydney Sweeney, Barbie Ferreira, Maude Apatow, and Hannah Schafer.

Euphoria’s creator Sam Levinson has built an incredible world with an extraordinary cast led by the supremely talented Zendaya. We are so grateful that he chose HBO as the home for this groundbreaking series. We look forward to following these complex characters as their journeys continue through the challenging world they inhabit.

Shortly after news of Euphoria's renewal broke, Zendaya tweeted about the news, saying, "Literally just got the call. Can’t say thank you enough for the support we’ve seen, wow..."

Rue is pretty reckless with her life on Euphoria, leaving many fans to wonder if she'll make it out alive in the end. But, since Zendaya tweeted about being excited for Season 2, fans are taking that to mean that Rue does live on for at least another season.

Other fans were simply excited to have more Euphoria on the way, and tweeted in their, shall we say, euphoric states of mind:

Since Season 1 of Euphoria isn't even over yet, it's difficult to try to guess what Season 2 might cover. But it's likely that it will maintain the same gritty and realistic tone. The show has generated a lot of buzz over its frank depiction of teenage sexuality and the way it pushes the boundaries of what's been shown on TV before. Creator Sam Levinson spoke to The Hollywood Reporter about his goals for the series' tone, saying:

There's no word yet on when Season 2 will begin production or when it will premiere. In the meantime, Season 1 of Euphoria continues on Sunday, July 14, at 10 p.m. ET on HBO.