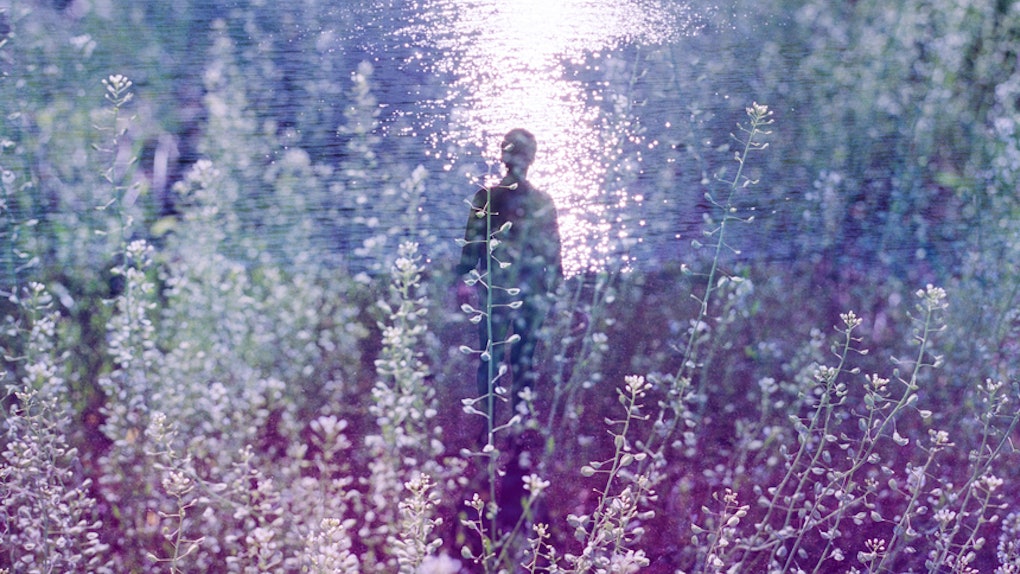 Essential Oils That Make You Dream, If You're Looking To Spice Up Your Snooze

Yes, last night, I rubbed a new stress-relieving essential oil blend (lavender, roman chamomile, and orange oils) all over my neck, forehead, and shoulders, did a little meditation, my nightly sage burning to clear the energy in my room, and I then fell into a night so littered with lucid dreams, I feel like I barely slept at all. While I occasionally go through periods where I dream often, I haven't experienced this much vivid, semi-conscious dreaming since I was a little kid. Furthermore, the dreams I had were so intense that I actually woke up in a bizarro, half-asleep state of mind at one point, feeling 100 percent certain my room was populated with spirits and ghosts.

This morning when I came to, I figured that the essential oils must have had something to do with it, because rubbing them on was the only new variable in my nightly routine. And sure enough, I've discovered it is definitely possible that the essential oil blend I tried might have been at least partially responsible for the intense activity of my nighttime theater.

While both lavender and chamomile are most popularly associated with relaxation, they two essential oils are also thought to cause deeper sleep, and potentially induce vivid dreams.

Specifically, it's said that lavender is associated with nightmares and lucid dreaming.

To back up just a little bit and give you some essential oil basics, these products are simply very concentrated versions of the oils that come from plants. Extracting the oils requires a process called distillation; many essential oils are distilled by steam, which means that the plant is simmered until it produces a condensation which comes out in two parts: a water compound (think rose water) and and an oil compound that rises to the top (think rose oil). It's thought that the oil contains the "essential" properties of the plant, hence its name. And pretty much all plants are, indeed, thought to have healing properties or physical, mental, or emotional effects.

As I suspected, there are quite a few essential oils out there that are believed to make you dream. Among some of the ones most commonly believed to induce or affect dreams (either by themselves or in combination) are helichrysum, which is thought to treat insomnia; rose, which is believed to soothe emotions; patchouli to relieve mental chatter; and again lavender, like I used last night, which is thought to calm your mind to prepare for vivid dreaming.

But the plant believed to have the most potent dream-inducing properties?

That would be good ol' mugwort, or artemisia vulgaris. Mugwort is named for the Greek goddess of the hunt and fertility, Artemisia, and it's believed to be a sacred plant — one that is often associated for its use by the Chumash Indians of North America, who called it "dream sage" and have incorporated it in their healing practices for about 13,000 years. They believed it not only improved dreams, but also made them more vivid and easier to remember, so that they could be used to receive spiritual information.

And as for stopping those relentless nightmares? Try oils like roman chamomile (which was in my blend!), bergamot, and vetiver.

To use the oils, you can try a diffuser, a simple roll-on, a sleep spray, or even lotions or body oils.

And yes, while there isn't a whole lot of scientific testing around essential oils, I say the best way to find out for sure if they work for you is to simply give them a shot and see what happens.