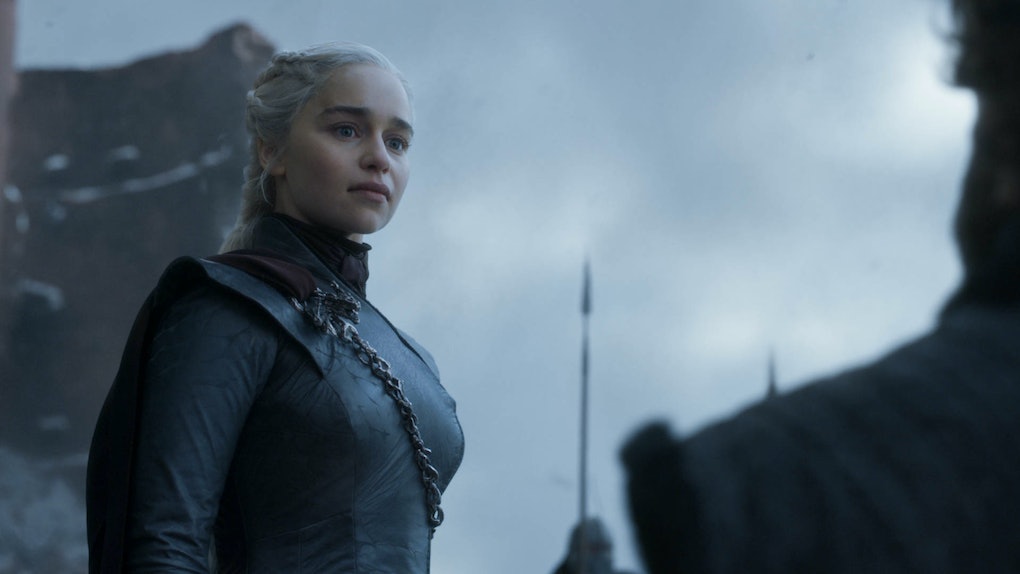 The series finale of Game of Thrones was always going to be controversial. Without the books to underpin the episodes, the story would never feel as fleshed out as the earlier seasons when there were tons of subplots to pull from. Much of the complaints in the final episodes is that the story felt "rushed," like the characters didn't have time on screen to make their emotional journeys work. This has been most true for Daenerys, who turned into a villain by the show's end. Actress Emilia Clarke's reaction to the Game Of Thrones series finale shows it was as hard for the actress to play the twist as it was for fans to watch.

Part of the problem is that the twist hasn't even been hinted at in the books. Daenerys' massacre of the Masters and her quest to eradicate slavery from Slaver's Bay has come to pass, she's still struggling with the backlash. Scenes like the burning of the Khals, or the dragon attack on Meereen, which hint at her turn towards self-righteous fury, haven't happened. This made her turn, which the showrunners kept from everyone, including Clarke herself, all that more shocking.

Speaking to Entertainment Weekly, Clarke admitted it was tough to process.

I cried. And I went for a walk. I walked out of the house and took my keys and phone and walked back with blisters on my feet. I didn’t come back for five hours. I’m like, ‘How am I going to do this?’

She wasn't the only one. It turns out that story of Kit Harington weeping at the table read was when he discovered Jon Snow was going to kill her.

Clarke sees the journey as a series of bad choices.

“She genuinely starts with the best intentions... She gives them that chance, and it doesn’t work, and she’s too far to turn around. She’s made her bed, she’s laying in it. It’s done... Suddenly these people are turning around and saying, ‘We don’t accept you.’ But she’s too far down the line. She’s killed so many people already. I can’t turn this ship around. It’s too much. One by one, you see all these strings being cut. And there’s just this last thread she’s holding onto: There’s this boy. And she thinks, ‘He loves me, and I think that’s enough.’ But is it enough? Is it? And it’s just that hope and wishing that finally there is someone who accepts her for everything she is and … he doesn’t.

However, Clarke defends her character, whether it's killing Varys to killing Cersei.

Your character makes a choice, and you need to be right with that. An actor should never be afraid to look ugly. We have uglier sides to ourselves. And after 10 years of working on this show, it’s logical. Where else can she go?... It’s not like she’s suddenly going to go, ‘Okay, I’m gonna put a kettle on and put cookies in the oven, and we’ll just sit down and have a lovely time and pop a few kids out.’ That was never going to happen. She’s a Targaryen.

She'll defend that to the last:

I stand by Daenerys. I stand by her! I can’t not.

More than a few fans probably agree too.

More like this
This 2021 'Game Of Thrones' Season 8 Trailer Is So Confusing... & So Good
By Ani Bundel
Will ‘The Falcon And The Winter Soldier’ Get A Season 2? This Could Be A Hint
By Ani Bundel
'Ted Lasso' Season 2: Apple TV+ Release Date, Trailer, Cast, & More
By Ani Bundel
Stay up to date