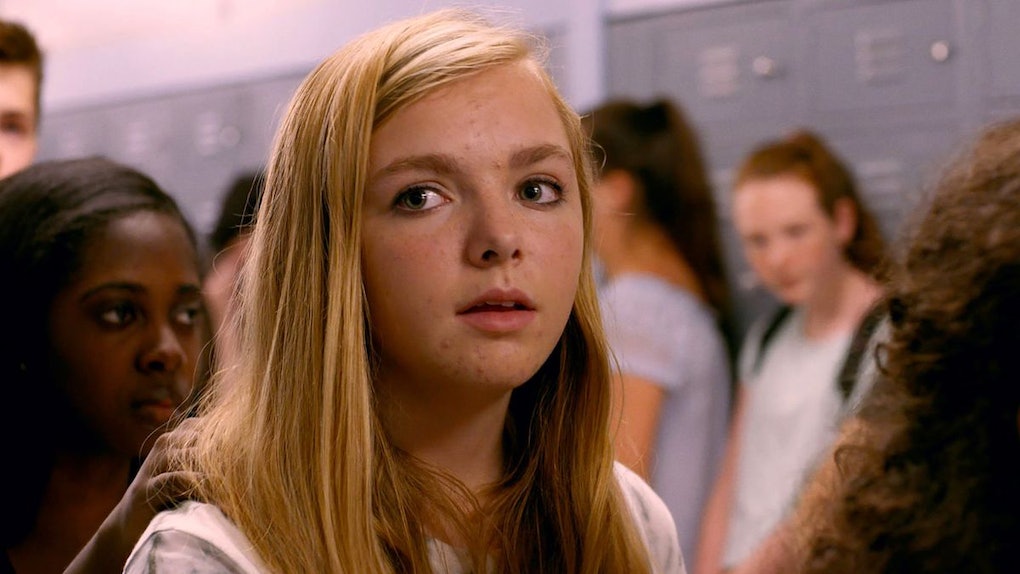 'Eighth Grade' Free Movie Screenings Are Happening In Every State, Find Yours ASAP

Every so often, an indie film comes along that blows critics and audiences away with the raw realness it captures about our current lives. This year, the movie is A24's Eighth Grade, a coming-of-age story starring Elsie Fisher as Kayla Day. The movie is the directorial debut of Bo Burnham, who also write the script. But because of how real the material is, the film is rated R, making it hard for current eighth graders to go see it. But some theaters are relenting, holding Eighth Grade free movie screenings which will be listed as "Unrated" so those in the 13-17 age range, who will identify with the movie the most, can go see it.

Eighth Grade is being heralded as the first movie to accurately capture what it is to grow up in the Digital Age. Kayla's hobby is posting motivational videos on YouTube to zero views, while in real life she is so painfully shy she wins "Most Quiet" in her class. In between her YouTube postings, the film follows her as she attends a party, attempts to get a crush to pay attention to her, and finds herself in one of those situations with an older boy pressuring her to go farther than she is ready.

According to the official synopsis:

Thirteen-year-old Kayla endures the tidal wave of contemporary suburban adolescence as she makes her way through the last week of middle school -- the end of her thus far disastrous eighth-grade year.

The film's subject is such that the MPAA rated it R, making it so the 13-17-year-old crowd could not go see it without their parents, a potentially embarrassing experience. A24, realizing the irony of the situation, has decided this week they will hold free, unrated screenings. This way kids can go see it without having to have their parents with them, or even ask them for money for a ticket.

Unlike other recent coming-of-age stories like Lady Bird and Boyhood, which both take place in the early 2000s, Eighth Grade is fully modern and refreshingly non-nostalgic. Parents needn’t be worried with regards to any adult content. Although the f-word is used a handful of times, and sexual activity is alluded to, it’s nothing most preteens aren’t already talking about with their own friends.

A24 gave an official statement about their choice to make this film free to all (first come, first serve) regardless of age, saying:

On August 8, A24 invites moviegoers of all ages to rediscover eighth grade with a night of free screenings in every state. This Wednesday night. No ratings enforced. If you’ve been through 8th grade, Eighth Grade is for you.

This is a significant move by A24, who is expected to push Eighth Grade this coming fall for the awards circuit, due to the overwhelmingly positive reviews.

A listing of theaters in all 50 states participating in the event on Aug. 8 is on A24's website.