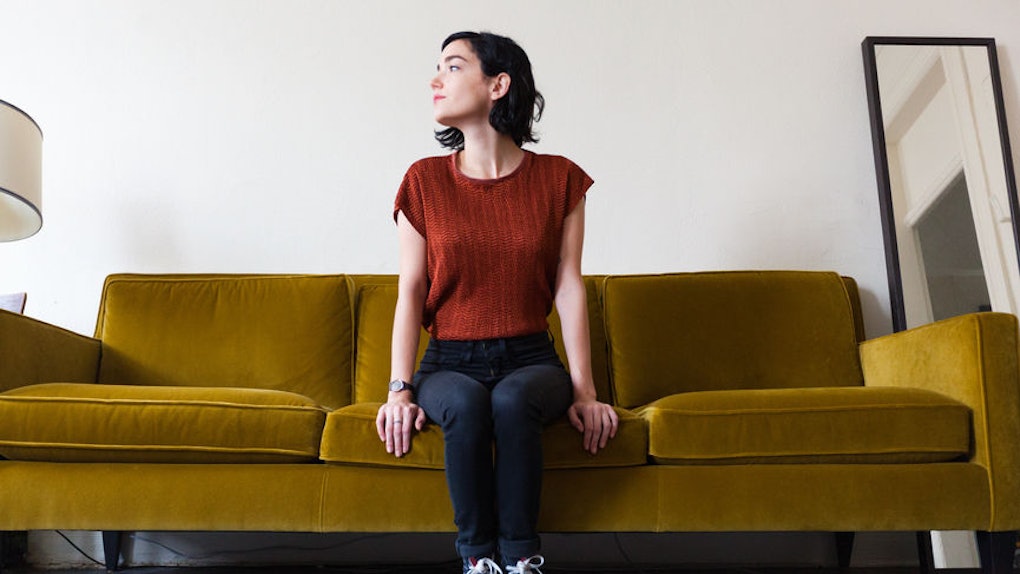 I’m going to be completely candid with you right now: Good ol’ H2O isn’t all that exciting to drink. Given the option a few years back, if you’d laid out a variety of beverages to quench my thirst, water would have been at the bottom of the totem pole for my taste buds. These days, however, I go through glasses of water like a fish for the sake of my health, and if you genuinely can’t remember the last time you drank enough water throughout the day, drinking more water can help prevent UTIs, according to a new study, so you’re going to want to pour yourself a glass right about now, girl. Even if hydration is a non-issue for you, do yourself a favor and sneak in a few extra glasses of water where you can, because if you’ve ever experienced the agony that is a urinary tract infection, you know firsthand that that itch is not worth the risk.

UTI stands for urinary tract infection, and if by some chance you haven’t had one yet, you don’t know how lucky you are. To clarify, a UTI occurs when part of the urinary system becomes infected, according to Mayo Clinic. This includes your kidneys, bladder, ureters (where urine passes), and urethra (the part of your urinary system that releases urine out of the body). Per Mayo Clinic’s definition, UTI symptoms can range from a persistent urge to pee, a burning sensation when you finally do, only passing small amounts of urine frequently, cloudy urine, pelvic pain, and more, depending on where you’re infected exactly. Oh, and BTW, Kidney Health Australia says that, because women have shorter urethras than men, bacteria is more likely to make its way into your bladder than that of the men in your life. In other words, women are more likely to develop a UTI than men, so there’s that fun fact.

According to The National Academies of Sciences, Engineering, and Medicine, it’s recommended that the average adult drink two liters, or eight cups, of water per day. On paper, eight cups may not sound like a huge deal, especially when you factor in things like morning cups of coffee or tea, juice, fruits you eat with a high water content, etc. But, trust me, it’s not easy to down 64 ounces of just straight liquid in a day. I tried drinking the FDA-recommended amount of water every day for a week, and let me tell you, I was super tired of water by the end of it. Not to mention, I went through every last piece of toilet paper in my apartment, but I digress. The point is, it’s not always easy to drink more water, but it’s absolutely doable. And according to a new study published in the medical journal JAMA Internal Medicine, you technically only have to drink 1.5 liters, or six cups, of water per day to prevent UTIs.

The clinical trial was funded by Danone Research, a health-focused company that also distributes water bottles, and carried out by researchers who recruited 140 premenopausal women dealing with UTIs on a regular basis. From there, the women were split into two groups — one that would drink 1.5 liters of water on top of their daily fluid intake, while the other group was instructed to continue drinking as much as they normally would. As a result, those who drank more water ended up being 50 percent less likely to develop a UTI than those who barely drank any water at all, CNN reports.

It’s important to keep in mind that, for this particular study, the researchers specifically only recruited participants who were already prone to getting UTIs. Still, if drinking more water helped women with recurring UTIs feel that much better, imagine what drinking a ton of water on a consistent basis can do for your body if you’ve only experienced a UTI once or twice in the past.

According to National Kidney Foundation, UTIs are “responsible for one in every 10 doctor visits each year,” while “one in five women will have at least one UTI in their lifetime.” What’s more, if you’ve already experienced one UTI, it’s likely that you could experience another one at some point. In fact, Robert Glatter, M.D., an assistant professor of emergency medicine at Lenox Hill Hospital, Northwell Health, tells Elite Daily that recurrent UTIs affect “about 20 percent to 30 percent of all women.” Ugh, cue eye roll.

But maybe these numbers could start to go down if you and I made it a point to drink more water. Obviously I’m not a doctor, but Glatter tells me that even though antibiotics and prescription medicines are typically the most effective in curing UTIs, he definitely agrees that increasing your daily water intake could “significantly help you reduce the chance of developing a UTI,” because the thought process is, the more you drink, the more you urinate, and therefore release bacteria from the body. Makes sense, right?

I know myself, and drinking enough water on an average day can be tough. If I’m not particularly thirsty, or if I'm just really swamped at work, drinking anything isn’t at the top of my to-do list. But it’s so important, despite a hectic schedule, maybe even a lack of thirst, that you keep sipping. Buy yourself a pack of water and keep a bottle near you at all times, or buy yourself a large, reusable bottle and get into the habit of refilling as soon as you run out. Even if you don't drink the recommended eight cups per day, if you can get at least close to six, I'll give you an A for effort. Just make sure you're eating foods like grapes, cucumbers, and celery — aka all the healthy stuff that's rich in water and can keep you hydrated.

In addition to drinking a ton of H2O, Dr. Hedieh Asadi, co-founder DeoDoc Intimate Skincare, and Dr. Gunvor Ekman-Ordeberg, OBGYN and Medical Advisor to DeoDoc Intimate Skincare, tell Elite Daily that one of the easiest ways to prevent UTIs is to take a trip to the bathroom after intercourse. It might not be an incredibly sexy image to make a run for the toilet after you and your partner were getting intimate five seconds ago, but you need to flush out whatever kinds of bacteria could have gotten in.

I realize I haven't painted a pretty picture for you, but there's really nothing pretty about UTIs. So, slip on some comfy undies, be mindful of your meals, and drink a ton of water. Trust me, it's well worth the effort.