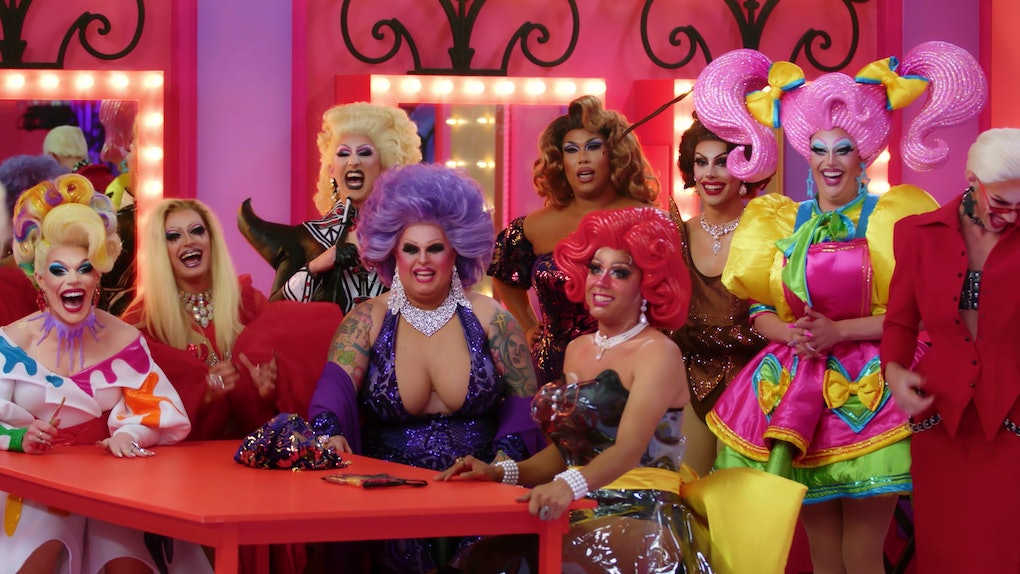 'Drag Race Down Under' Season 1: Who Went Home This Week?

RuPaul has really been spoiling Drag Race fans lately. The competition series that began with a blurry filter and a dream back in 2009 is now a global phenomenon over a decade later. In addition to the tentpole U.S. series, Drag Race has launched several international spinoff shows so fans can always get their fix. Season 13's big finale brought an end to the show's longest season yet, but fans didn't have to go a week without new Drag Race. Now, the fandom is turning its eyes to Australia and New Zealand, as they tune in to see who goes home on RuPaul's Drag Race Down Under Season 1 each week.

Drag Race Down Under is the latest international edition of the series, coming after two seasons of Drag Race Thailand, two seasons of Drag Race UK, a season of Canada's Drag Race, and a season of Drag Race Holland. Helmed by head judge RuPaul, her right-hand woman Michelle Visage, and Australian comedian Rhys Nicholson, the competition will crown a drag superstar from a crop of queens from Australia and New Zealand. The competitors in the debut season of Drag Race Down Under are: Anita Wigl'it, Art Simone, Coco Jumbo, Elektra Shock, Etcetera Etcetera, Jojo Zaho, Karen from Finance, Kita Mean, Maxi Shield, and Scarlet Adams.

Here's all the tea on the shadiest drama and most shocking moments from the show.

It wouldn't be a Drag Race premiere without a heaping helping of drama, and Drag Race Down Under definitely delivered. Things got pretty tense after Elektra Shock realized her boss, Kita Mean, would be competing against her... and the awkwardness only grew with Kita's business partner Anita Wigl'it walked in. Since all the New Zealand queens have such a complicated history together, it already looks like they'll be bringing the drama this season.

After their entrances, RuPaul introduced the mini-challenge. The queens had to be as ridiculous as possible in an audition for a sci-fi movie, with director Taika Waititi watching via video-chat. Despite being overlooked by her competitors, Elektra took the win.

But the real challenge came shortly afterwards. The queens had to serve two looks on the runway: one nude illusion look, and one look that represents their hometown. The first big win went to one of the queens with a major reputation coming in: Karen from Finance. Thanks to a memorable shoutout from Drag Race faves Trixie Mattel and Katya on an episode of their web show "UNHhhh," Karen is already a well-known name among fans, and now she's a definite frontrunner in the competition as well.

But sadly, one queen had to go home, and after Elektra slayed her lip-sync performance to "Tragedy" by the Bee Gees, Ru told Jojo Zaho to sashay away. It was a particularly disappointing elimination since Jojo had just served a powerful look on the runway about aboriginal land in Australia, but although the message was strong, the small details were a bit messy.

Although she was the first queen to sashay away, Jojo definitely made an impact on Drag Race Down Under, departing with a message encouraging indigenous drag queens to fully celebrate their culture.

RuPaul's Drag Race Down Under continues Saturdays on WOW Presents Plus in the U.S.