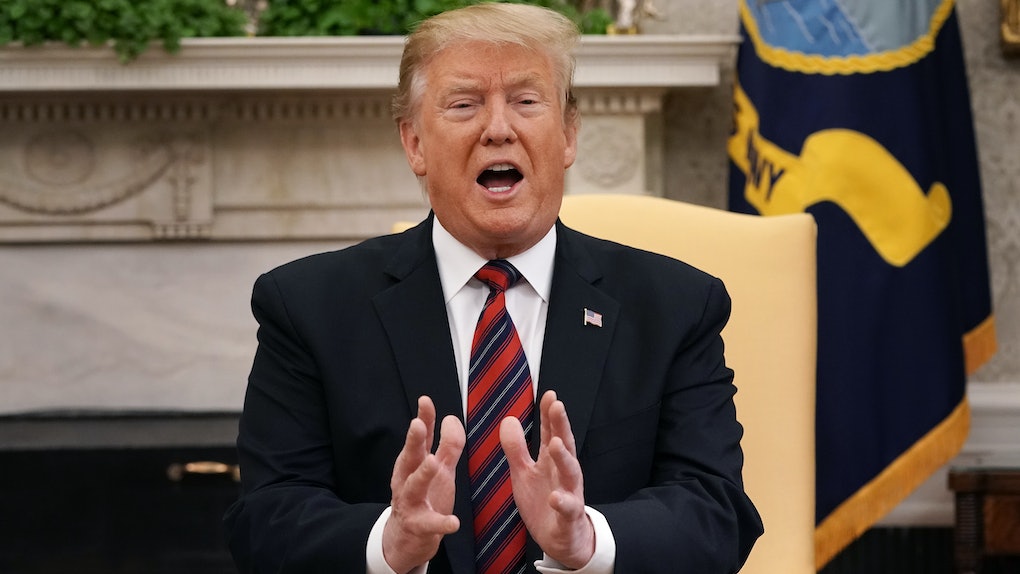 Another mass shooting tragedy has hit the United States. On Tuesday, May 7, two people opened fire at STEM School Highlands Ranch in Colorado, killing one student and injuring eight. Since the shooting, the public has been expressing their sympathy and supporting the community during this tragedy. Well, Donald Trump's response to the Highlands Ranch school shooting is no different.

The incident shook the entire Highlands Ranch, Colorado community, especially as it came close on the heels of the 20th anniversary of the infamous Columbine High School shooting on April 20. On May 8, a day after the shooting, President Donald Trump took to Twitter to express his sympathies for those who were injured, and called the shooting "unspeakable violence." He wrote,

Our Nation grieves at the unspeakable violence that took a precious young life and badly injured others in Colorado. God be with the families and thank you to the First Responders for bravely intervening. We are in close contact with Law Enforcement.

Trump is one of many political figures who have taken to social media to address this tragedy. However, many Democrats have not only expressed sympathy, but called for Congress to address gun control sooner rather than later.

The shooting in Highlands Ranch, Colorado marks at least the 43rd incident of gun related violence within the United States this year, according to numbers from gun safety advocacy group Everytown for Gun Safety. It also represents the second school shooting that the country has experienced over the past week. On April 30, two students were killed and four were injured at the University of North Carolina at Charlotte (UNCC) in Charlotte, North Carolina by an armed gunman who opened fire on campus.

The topic of gun control has become one of the most pressing issues within the United States over the years, with organizations and gun reform activists pushing for Congress to make legislative changes. On May 7, 2020, Democratic presidential candidate Elizabeth Warren took to Twitter to address the need for gun reform following the Highlands Ranch school shooting. She wrote,

Heartsick for the victims, their loved ones, and the Highlands Ranch community. How many more of our children’s schools must be torn apart by gun violence until Congress does something? We need gun reform. Now.

Warren isn't the only presidential candidate to speak out openly on gun reform. During a CNN town hall on April 11, California Sen. Kamala Harris vowed to take executive action on gun control if she is elected to the White House. She said that she would give Congress 100 days to "get their act together" in order to pass gun safety laws, and if they resisted, she would execute executive action.

On May 6, presidential candidate Cory Booker unveiled his 14-part plan as a way to take on gun control. In this plan, Booker would require licenses for gun owners, increasing universal background checks for online and private buyers, as well as banning assault weapons and bump stocks entirely.

In the meantime, there's still so much more to learn about the topic of gun control. As ever, the first step is knowledge.