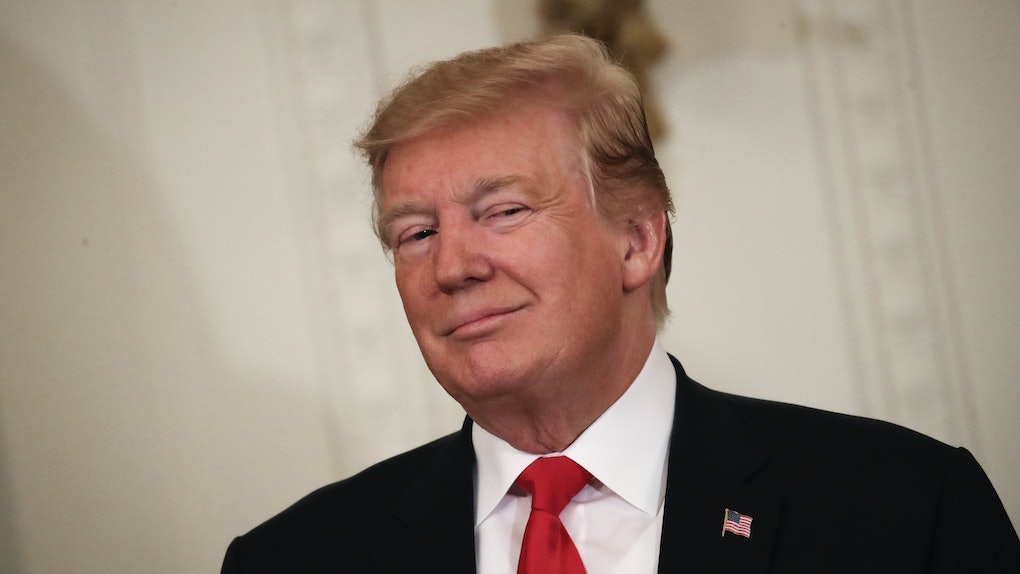 Well everyone, it's official. Former Vice President Joe Biden has officially announced his run in the 2020 presidential campaign, and safe to say nearly everyone is talking about it. However, Donald Trump's response to Joe Biden's presidential bid wasn't exactly a warm welcome. Enjoy the race, Joe!

On the morning of Thursday, April 25, Biden announced via a video posted to YouTube and a series of Instagram posts that he would be running in the 2020 presidential election as a part of the Democratic party. Rumors had been swirling for months over whether he would officially run, and it looks like he has finally thrown his hat into the ring. It was big news, so naturally President Donald Trump took to Twitter Thursday to respond to the announcement and give Biden a a very... descriptive... explanation of what he should expect during the race. According to Trump, it's not going to be pretty.

Welcome to the race Sleepy Joe. I only hope you have the intelligence, long in doubt, to wage a successful primary campaign. It will be nasty — you will be dealing with people who truly have some very sick & demented ideas. But if you make it, I will see you at the Starting Gate!

As part of his announcement, Biden posted a three and a half minute video on YouTube announcing his candidacy. According to the Biden's video description, he wants to push for "equal opportunities, equal rights, and equal justice." However, it wouldn't be politics unless Biden also threw some shade at the current president.

In the video, Biden discussed the leadership he would bring to the country as president of the United States, and brought up the current divisiveness in politics. In one particular moment, Biden mentioned the August 2017 white supremacist rally in Charlottesville, Virginia, which resulted in the killing of counter-protester Heather Heyer. Following the rally, Trump held a press conference where he said "both sides" were to blame for the event. "You had some very bad people in that group. But you also had people that were very fine people, on both sides."

Trump's comment raised serious controversy all over the country, and in his announcement video Biden pushed back against the president's words. He said,

That's when we heard the words from the President of the Untied States that stunned the world and shocked the conscience of this nation ... With those words, the President of the United States assigned a moral equivalence between those spreading hate and those with the courage to stand against it. In that moment, I knew the threat to this nation was unlike any other I'd ever seen in my lifetime.

Biden might be fresh to the race, but he'll be joining a slew of other Democratic nominees such as Sen. Elizabeth Warren (D-Massachusetts), Sen. Kamala Harris (D-California), and South Bend, Indiana, Mayor Pete Buttigieg, among others.

So far, this presidential election roster is looking pretty tight, but who knows who will come out on top. Either way, Biden is officially in the game.