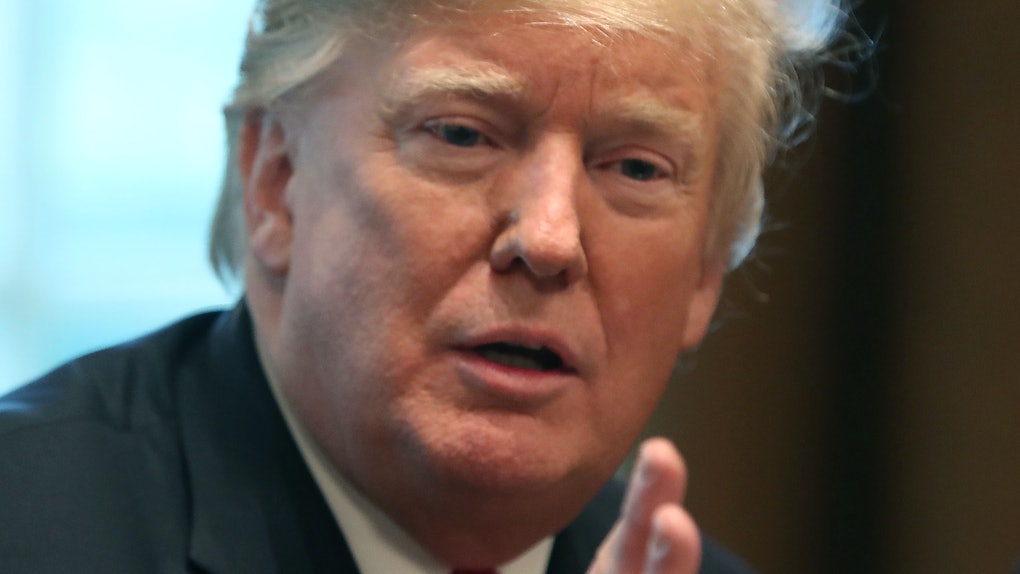 Donald Trump Signed A Letter About The Trump Tower Moscow Deal, Despite Denials

Well everyone, it looks like we're truly leaving 2018 with a bang. This year has been a wild ride to say the least, but December has been especially full of drama. From guilty pleas to Twitter rants, there have been a number of moments that have shaken this political sphere, but there's still one more left. According to CNN, Donald Trump signed a letter about the Trump Tower Moscow deal, despite his team originally denying that he had done so.

On Tuesday, Dec. 18, CNN reported that they had obtained a copy of a signed letter of intent concerning the real estate negotiations for a Trump Tower in Moscow, Russia. Prior to this findings, Donald Trump's attorney, Rudy Giuliani, claimed on Sunday, Dec. 16 that Trump never signed the document. After CNN's release of a copy of the letter, though, Guiliani backtracked, admitting that Trump had signed it but calling the letter itself meaningless. Ah, the year of "show me the receipts" strikes again. Elite Daily reached out to the White House for comment about CNN's findings, but did not hear back in time for publication.

Trump's signature appears to be shown on the letter, which was dated Oct. 28, 2015 — several months after Trump announced his 2016 presidential run in June 2015. However, on Dec. 16, Giuliani had told CNN's Dana Bush that it had never been signed. "It was a real estate project. There was a letter of intent to go forward, but no one signed it," Giuliani told Bash. The letter was not a legally binding contract, but rather a statement laying the groundwork for a more formal agreement, per CNN.

Following the CNN report, Guiliani told The New York Daily News in an interview that "of course" Trump had signed the letter, denying that he had ever said otherwise. "I don’t think I said nobody signed it,” he told the publication. However, he called the letter itself "bullsh*t" because the deal didn't go anywhere. “That was the end of it,” Giuliani told The Daily News. “It means nothing but an expression of interest that means very little unless it goes to a contract and it never did.”

The drama surrounding Trump Tower real estate negotiations have taken a forefront in headlines recently. The deal, which was never finalized, has been of particular interest in Special Counsel Robert Mueller's investigation in whether the Trump campaign actively colluded with Russian operatives during the 2016 presidential election, as the fact that Trump was attempting to pursue a business deal in Russia while a presidential candidate indicated the now-president's financial interest in Russia. On Nov. 29, Trump's former lawyer, Michael Cohen, pleaded guilty to "making false statements to Congress" in regards to the Trump Tower Russia real estate plans, where he admitted to speaking to the office of the press secretary for the President of Russia.

Following Cohen's second guilty plea of lying to Congress, Trump took to Twitter that day claiming "everyone knew" about the plans with Russia and that Cohen only admitted to lying to reduce his prison sentence.

Then, in a tweet posted on Nov. 30, Trump referred to the real estate plans as "very legal and very cool," which is arguably the most blasé way to approach allegations of wrongdoing.

Break out that popcorn people, because it looks like this "very legal and very cool" show might just be starting.