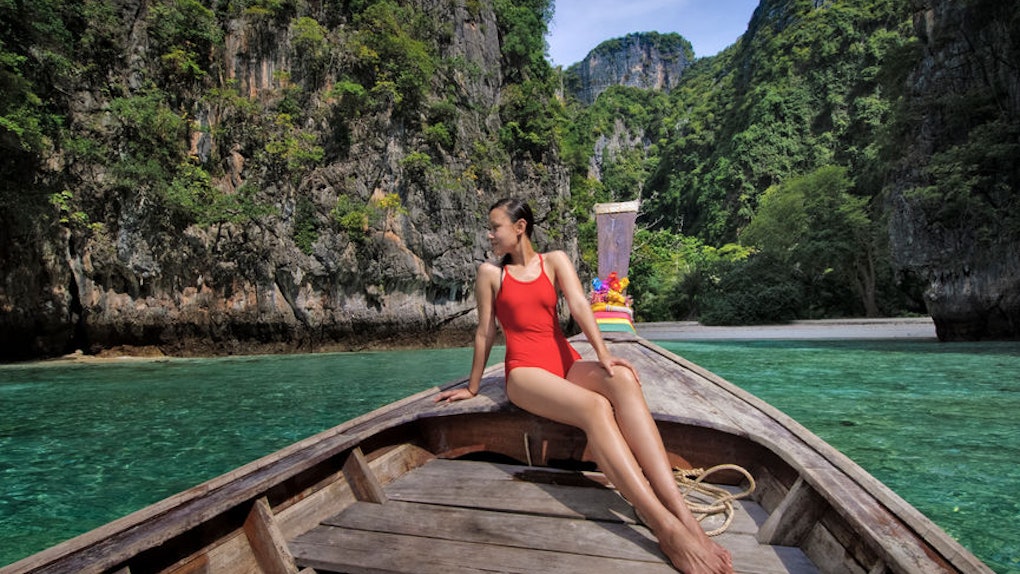 I don't know about you, but I have this annoying issue where I really, really love to travel, but at the same time — I really, really can't afford it. Like, at all. It's a major problem, y'all. But online resources like Dollar Flight Club definitely come in clutch for broke millennials like me who are constantly looking to get out of town. And if you haven't already taken a gander at Dollar Flight Club's April 5 Deals to Thailand, they will end up saving you almost $600 off your dream vacation. And that's pretty freakin' sweet, am I right?

For anyone who hasn't used Dollar Flight Club (DFC), let me fill you in. Basically, it's an online resource that compiles cheap airfare on a daily basis, and you can either choose to get a paid premium subscription or a basic free subscription. When you sign up and log in on April 5, you might notice there are super inexpensive flights to Phuket, Thailand, between the months of April and May as well as anytime between September and October. And if you have ever considered traveling to Asia, that's seriously a miracle from the heavens. Trust me — flying there can be pricey AF, but this is ridiculously inexpensive.

Right now, round-trip airfare during the months I listed above are averaging out to about $600, which — I repeat — is an unreal deal. According to DFC, round-trip flights to Phuket, Thailand, usually average out to about $1100. The only downside is that these super cheap flights only leave from two lucky North American cities. Some are leaving from Seattle, Washington, which — on the low side — are coming out to about $702. Then, if you'd rather depart from Canada, a few are leaving from Vancouver, British Columbia. On the low side, these are amounting to a decent price of about $515. Make sure to check out all of the flights between those designated months for yourself, because prices vary, and they will go up the longer you wait. Also, keep in mind that these prices are accurate as of publication, and they are likely to go up within 24 hours.

Bottom line, though: If you aren't in the Pacific Northwest right now, you're basically SOL. But hey, you could even try to snag a super cheap flight to Canada or Seattle to still get in on the big savings. Whatever you do, book ASAP.

With plenty of beaches, the Phuket Big Buddha, and Tiger Kingdom waiting for you, your trip to Thailand is sure to be one to remember.

There's literally no reason why you shouldn't take advantage of this amazingly inexpensive airfare, if you ask me. A trip to Thailand would be seriously unreal, and whether you're going with a partner or if you're simply planning to explore Thailand on your own, there's so much to do in one of the world's most beautiful countries. Safe travels, and the best of luck snagging those deals!