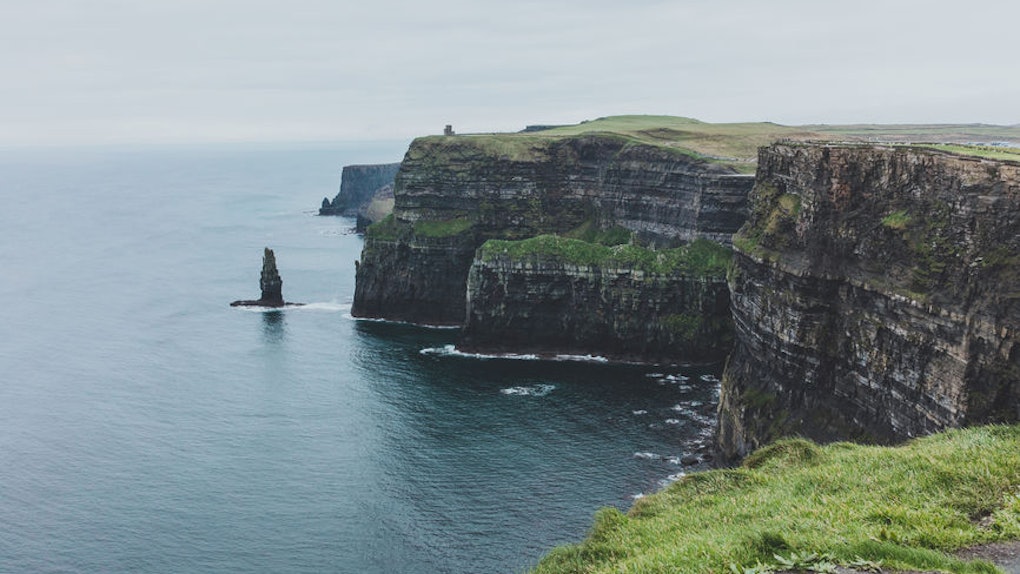 St. Patrick's Day is just around the corner and if that has you pining for a trip to Ireland, you've come to the right place. Dollar Club's March 6 deals to Dublin will save you up to hundreds of dollars off of the cost of what you might normally pay for a round-trip flight. Seriously, it's awesome.

Dollar Flight Club is a website that alerts you to profound savings on international fares. Right now you can score a round-trip flight to Dublin, Ireland for as little as $268. According to Dollar Flight Club, the average fare to Dublin is $850. With Wednesday's deals, you can actually save up to $470 on your plane ticket. Excuse me while I go pick my jaw up off the floor. That's almost too good to be true, but luckily, these prices are the real deal.

Here are some of the super affordable fares to Dublin that Dollar Flight Club has identified:

It's good to keep in mind that all of these prices are accurate at the time of publication, and per Dollar Flight Club's email, they will likely go up within about 24 hours.

I also want to call out the fact that these are round-trip flight prices. Oftentimes, especially in the spring and summer, flights to Europe can be pretty costly. The warmer months are an ideal time for many tourists to visit the region, which drives up the cost of flights. Even more reason to be thankful for Dollar Flight Club. So, now to answer the next question you're probably wondering about: When should you travel to take advantage of these deals?

Basically, Dollar Flight Club has identified several windows for you to explore. Per Dollar Flight Club, the cheapest flights to Dublin that the site was able to find is between March 2019 and July 2019. Just a note that flight availability varies by origin. This is another time when it behooves you to be flexible with your travel dates in order to snag the best sale price. You've just got to do a little legwork yourself and play around with the dates.

You can search for a well-priced flight within that recommended time frame. If this is your first time using the site, you should know these discounted flight prices can disappear in just a few hours or even as little as a few minutes. So, act fast or be sorry later. Now, those recommended dates for the cheapest fares mean you wouldn't make it over in time for St. Patrick's Day. But, let's be real. It's Dublin. Any Irish pub is going to feel like an authentic St. Patty's Day celebration.

Dublin is a prime destination any time of year. I once spent a few days in the country's capital city at the end of December in 2016. It was bone-chilling cold, but there were so many great sites to see. It was my first time there, so I did some of the touristy stuff like the Guinness Storehouse Brewery Tour Dublin, Temple Bar, and a walk around St. Stephen's Green. If you go, I definitely recommend checking out Brazen Head for a drink and some live music. The establishment brands itself as the oldest pub in Ireland and it's just as neat as it sounds. And, after your walk around St. Stephen's Green, head over to Hatch and Sons for a traditional Irish breakfast. The quaint restaurant is located right across the street and is totally Insta-worthy.

If you miss out on today's Ireland flight deals, don't worry. Dollar Flight Club sends out daily emails to members. If you sign up, you'll be privy to the next deeply-discounted fare deal. Just remember to book your travel as soon as you can in order to secure the low-cost price. Bon voyage.