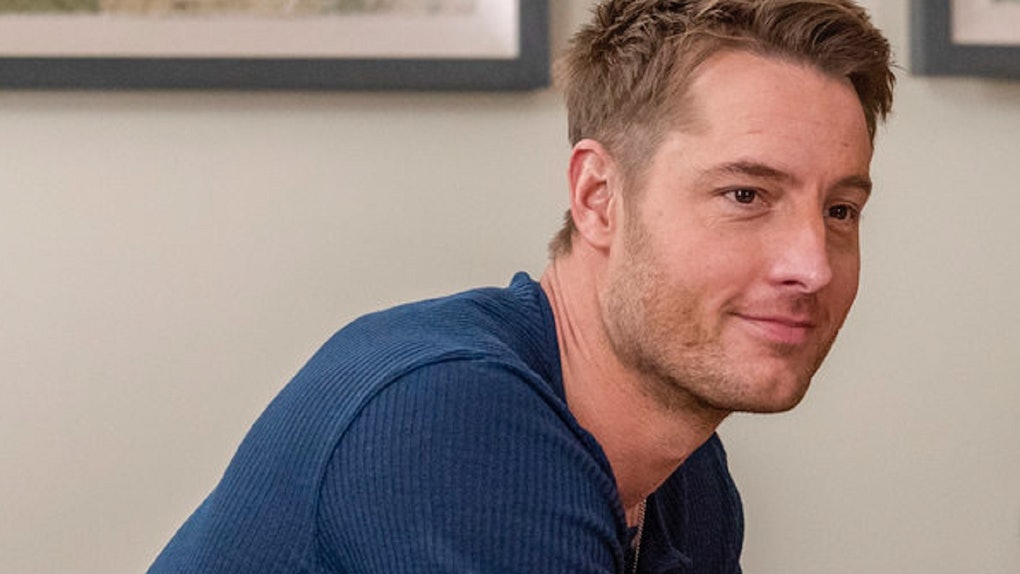 Does Kevin Win Oscars On 'This Is Us'? This Tiny Detail Is Honestly Amazing

The This Is Us Season 3 finale calmed fans' nerves that the Pearsons' future is completely dark and dismal. Although an elderly Rebecca is near death in the mysterious future timeline, the rest of the family are seemingly in good shape. Randall and Beth are still married, and while his relationship with an unseen Kate is unclear, Toby appears to be on friendly terms with the Pearsons. The finale's flash-forward scene also didn't feature Kevin, but the family was meeting in his house, he now has a son, and Rebecca is living with him. If you looked closely, you also might've noticed a special detail about what the future holds for him. Does Kevin win Oscars on This Is Us? A fan theory has singled out a visual clue suggesting that in the finale.

At this point of This Is Us, viewers know that every little detail has the power to develop a greater meaning. Fans have already broken down why the Pearsons' estranged uncle Nicky (Griffin Dunne) might be by Rebecca's bedside and discussed how Kevin's son coincidentally resembles the actor who plays young Kevin. But on Reddit, eagle-eyed fans are also studying a blink-and-you-missed-it detail from Randall's (Sterling K. Brown) walk to Rebecca's (Mandy Moore) bedroom.

User happilyobsessed wrote, "I counted three Oscars [in] Kevin's future house when Randall was walking through." Does the Manny graduate to bona fide big-screen fame?

Sure enough, if you look closely, you can spot three gold figures scattered throughout Kevin's (Justin Hartley) bookshelf as Randall walks past it.

Upon an even closer look, some Reddit users have thrown out the guesses that while at least one award is an Oscar, the others look a little different, possibly resembling Golden Globe or Emmy awards. While Kevin received acclaim in the present day for his role in a Ron Howard war epic, any talk of upcoming projects disappeared in favor of his search for Jack's (Milo Ventimiglia) past in Vietnam and the subsequent reveal that Nicky was alive. What exactly does Kevin do to snap back into acting and reach this kind of critical success?

To explain the awards, fans are considering if Kevin moved into screenwriting or married someone else in show business. The flash-forward spilled a lot of tea, but it steered clear of Kevin's marital status or whether his kid's mother is even in the picture. Although adoption is a valid possibility, Kevin and his son look too much alike for it to be believable. Surrogacy is also an option, but after all of his failed relationships, doesn't Kevin deserve a lasting love?

This vagueness sparked speculation that Sophie, a nurse, is his partner again, perhaps explaining why a sick Rebecca lives with Kevin rather than Randall. If the awards aren't Kevin's, maybe Season 4 has him running into one of his first season flames again. Olivia (Janet Montgomery) was an actress and Sloane (Milana Vayntrub) was a writer, fueling the chances that he forms a Hollywood power couple with one of them.

No matter what the awards or their rightful owner turn out to be, the Season 3 finale promised a happy future for Kevin. While the show left his 2019 self dealing with heartbreak, the character is bound for some joy soon. Here's hoping we see an acceptance speech from him on This Is Us in a few years.