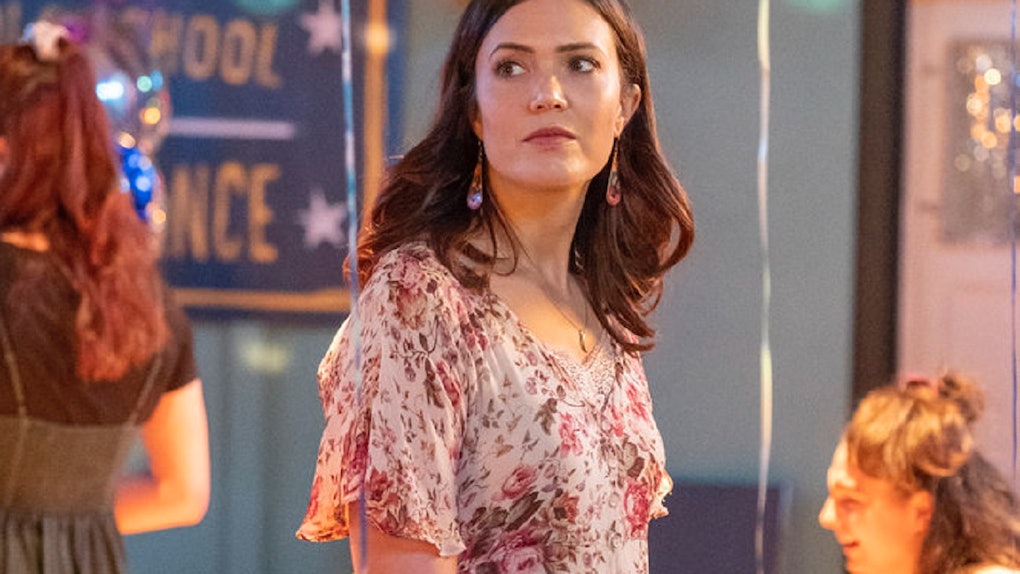 How Do Nicky & Rebecca Reconnect? The 'This Is Us' Season 3 Finale Has Fans Spiraling

Warning: This post contains spoilers for the This Is Us season finale. The This Is Us Season 3 finale observed the Pearsons' somewhat distant future with a closer eye than ever before, giving fans more insight into how the characters have changed since 2019. Randall and Beth are still married in the future, and while a grown Jack is alive and well, Kate and Toby may be divorced. Miguel is MIA, so an ailing Rebecca is living with Kevin and his young son, but her estranged brother-in-law Nicky was also sitting by her side in the finale's last scene. How do Nicky and Rebecca reconnect? Something is to bound to change between Nicky and the rest of the Pearsons.

The season finale's glimpse into the future proved that the Pearsons' fates aren't as grim as past flash-forwards suggested. Despite ambiguity about his relationship with Kate (Chrissy Metz), Toby (Chris Sullivan) still appears to be on good terms with the rest of the family, and Kevin (Justin Hartley) has become a father. Even after an entire season exploring their marital problems, Randall (Sterling K. Brown) and Beth (Susan Kelechi Watson) are the indestructible pair we know and love. Fans definitely can't complain about the future being the worst, but Rebecca (Mandy Moore) dying still gives the timeline a grim tone.

Older Randall's visit with Rebecca first confirmed that the latter's memory isn't totally solid, as Randall firmly announced to her that he was her son. Miguel (Jon Huertas) was then nowhere to be found, fueling speculation that he has passed away by this time. A deep dive into the show's history reveals that Jack and Rebecca were several years apart in age. If Miguel was the same age as Jack or at least older than Rebecca, it's plausible that he just died of natural causes before this moment.

Filling in the position of the vigilant family member at Rebecca's side was Jack's brother Nicky (Griffin Dunne). The Vietnam War vet was last seen in 2019 as a solitary recluse. After the Big Three tracked him down and tried convincing him to basically re-enter civilization, he requested privacy but alluded to visiting the local veterans center more often. In the future, Randall greeted him nonchalantly, suggesting that Nicky's presence at family occasions has become the norm. So, how did this happen, and why does Nicky have the sensitive duty of watching over Rebecca?

The reason behind Nicky's reunion with the family is unclear, and This Is Us creator Dan Fogelman has kept his explanations vague. Speaking to Entertainment Weekly, he said:

...old Nicky looks good, so that would be the hope is that there’s a journey of rediscovery. As always, we have some stuff that’s scary and some stuff that might make you sad, but hopefully we also can buttress that with stuff that has positivity and warmth and journeys that have an upward swell. So, it remains to be seen if Nicky’s is one of them.

As getting close to men reminiscent of her first husband is in Rebecca's history, several fans on Twitter wondered if Rebecca and Nicky are a couple in the future. Executive producer Elizabeth Berger stayed mum about whether their bond was romantic or platonic, but if viewers still aren't fully on board with Rebecca and Miguel, Rebecca loving Nicky might be the last straw.

The creative team is also keeping the specifics of Rebecca's condition under wraps, but given the hints about her memory loss, one fan believes that Nicky is with her for a comforting purpose. When present-day Rebecca first met Nicky earlier this season, she mentioned that he had the same eyes as Jack. If future Rebecca is trying to grasp some familiarity, Nicky would be the closest physical link to her early days with Jack.

We'll have to wait and see exactly what brings Nicky and Rebecca back together in the future, but here's to seeing an emotional resolution further down the line.