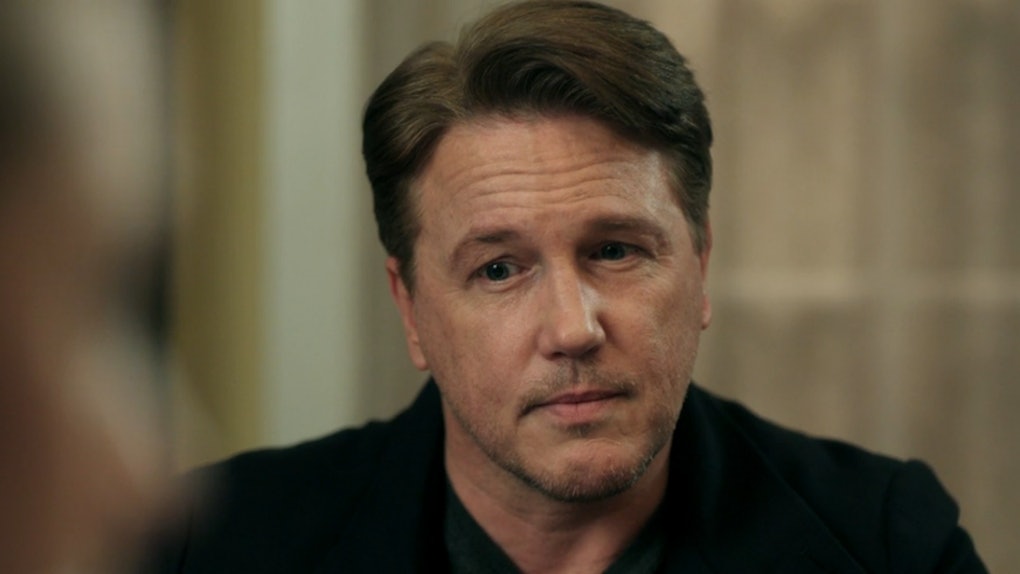 Does Hal Cooper Have A Twin On 'Riverdale'? This Black Hood Theory Has Fans Convinced

Riverdale is finally back from its winter hiatus, and that means it's time to once again start working out what the hell is going on with this show. Although we all saw the Black Hood get unmasked in the previous episode, nobody is convinced that the real serial killer was actually caught. Now that Betty Cooper's long-lost brother Chic is in the mix as well, fans have a new theory about Riverdale's Black Hood, and it is a pretty wild one. The theory guesses that Hal Cooper has a twin brother, and that twin is the real Black Hood. Like I said, it's pretty out there, but the explanation actually makes some sense.

One of the most telling moments in the latest episode of Riverdale is how angry Hal Cooper gets when Betty brings up finding Chic. We know that in the past, Hal had actually encouraged Alice to get an abortion when she revealed to him that she was pregnant while at their homecoming dance, and clearly he still carries a lot of rage and resentment towards Chic to this day. He lashes out when Betty mentions wanting to find him, and Alice is forced to agree with Hal while he's in the room with her, but later she comes to Betty's room in secret and admits that she wants to find her son. When Betty brings Chic to the Cooper house, Hal is definitely not happy about it.

Now, it seems pretty clear to most viewers at this point that Hal is probably not Chic's biological father, and his rage towards the boy stems from Alice's affair with another man. A number of fans are already guessing that FP Jones may be Chic's real father, but one Redditor put forth the idea that maybe Chic's dad is Hal's twin brother, and that this previously unmentioned character is also the Black Hood.

Yep, it's a lot, but let's break this theory down. First of all, in the world of Riverdale, it would actually make a lot of sense for Hal Cooper to have a twin. Last season, we found out Hal is part of the Blossom family, and twins just seem to pop up in that family — Cheryl and Jason were twins, and Polly just gave birth to twins of her own. If Alice did cheat on Hal with his twin brother back in the day, it would explain why he wanted Chic out of his life, and also why the brother has not been mentioned before.

Hal's identical twin would also make the perfect Black Hood suspect. Since all the Black Hood stuff started, Hal has consistently been one of the main suspects among fans. He seems to be the character that most resembles the little that we have seen of the Black Hood's face, plus he has that close connection to Betty that we know is another big part of the Black Hood. A secret twin brother would cover both of those aspects, and also seem more plausible than Hal actually sneaking around and doing all this killing. After all, the Black Hood did tell Betty she would recognize him if she saw him, and if he's her dad's identical twin, then that would technically be true.

Check out the full fan theory below:

The one thing that fans do seem pretty confident about is that the Black Hood mystery is not solved yet... and apparently Archie believes that, too. At the end of the new episode, he reveals to the newly arrived FBI agent he's working with that he doesn't think Mr. Svenson was the only person who wore that Black Hood mask. Sounds like the mystery is only getting more complex in Riverdale.