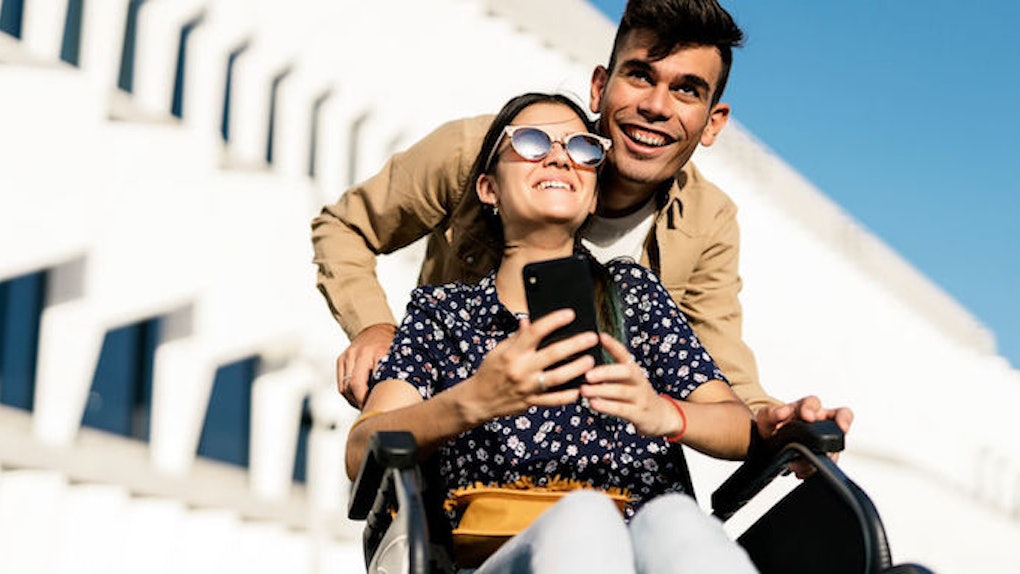 Does Cuffing Season Happen In Warm Places, Too? An Expert Weighs In

As someone who grew up in South Florida, and lacked a dating life really until I went to college in New York, I don't think I even heard of the term "cuffing" until my university years. Cuffing season wasn't on my radar, which later led me to question, does cuffing season happen in warm places? Well, just because I had never heard of the phrase and lived in a warm climate the majority of my younger years, doesn't mean it doesn't exist in places that have hotter temperatures.

I spoke with Alessandra Conti, Matchmaker at Matchmakers In The City, who is based between Los Angeles and New York City. "Cuffing season is a very real thing from coast to coast," Conti tells Elite Daily.

"Cuffing season is absolutely still a thing in warmer climates," she says. "During cuffing season, the numbers do not lie: We see an increase in sign-ups and new clients during the months leading up to the holidays. It doesn’t matter if you can sunbathe during cuffing season or need to bring out your winter boots to walk the dog: The months leading up to the holiday season are filled with people getting into new relationships."

Conti further explains that cuffing season is more about the time of the year than the weather specifically. With holidays like Thanksgiving, Hanukkah, Christmas, New Year's, and Valentine's Day on the horizon, cuffing season kicks people into action in finding a partner to spend that time with.

"Cuffing season is absolutely based more on the holidays approaching than a physical change of climate," she says. "The holidays are a wonderful reminder to singles that they are, in fact, still single a year later. There is no greater nudge than that of a nosy aunt or grandmother asking about your love life. In addition to not having a plus-one for Thanksgiving dinner, with all of the holiday movies and songs centered around wanting love for [the holidays], it is hard to not get caught up in the pre-holiday panic."

Basically, the idea that you subconsciously want to have a partner more so during the holidays is universal no matter where you live, at least in the United States. Having a partner to get through the holiday season doesn't change if you're in South Florida, Chicago, or Seattle. You'll experience the pressures of having a partner during the holiday season all the same. So no, cuffing season isn't completely due to the cold weather making you want to partner up. Sure, that can definitely influence your mindset, but it is not the only fact that contributes to it.

So to anyone out there experiencing cuffing season sans sweaters, scarves, and booties, just know that you're still just as likely to be on the lookout for that fall bae as well. You're in the midst of cuffing season as we approach the holidays, no matter where you are.